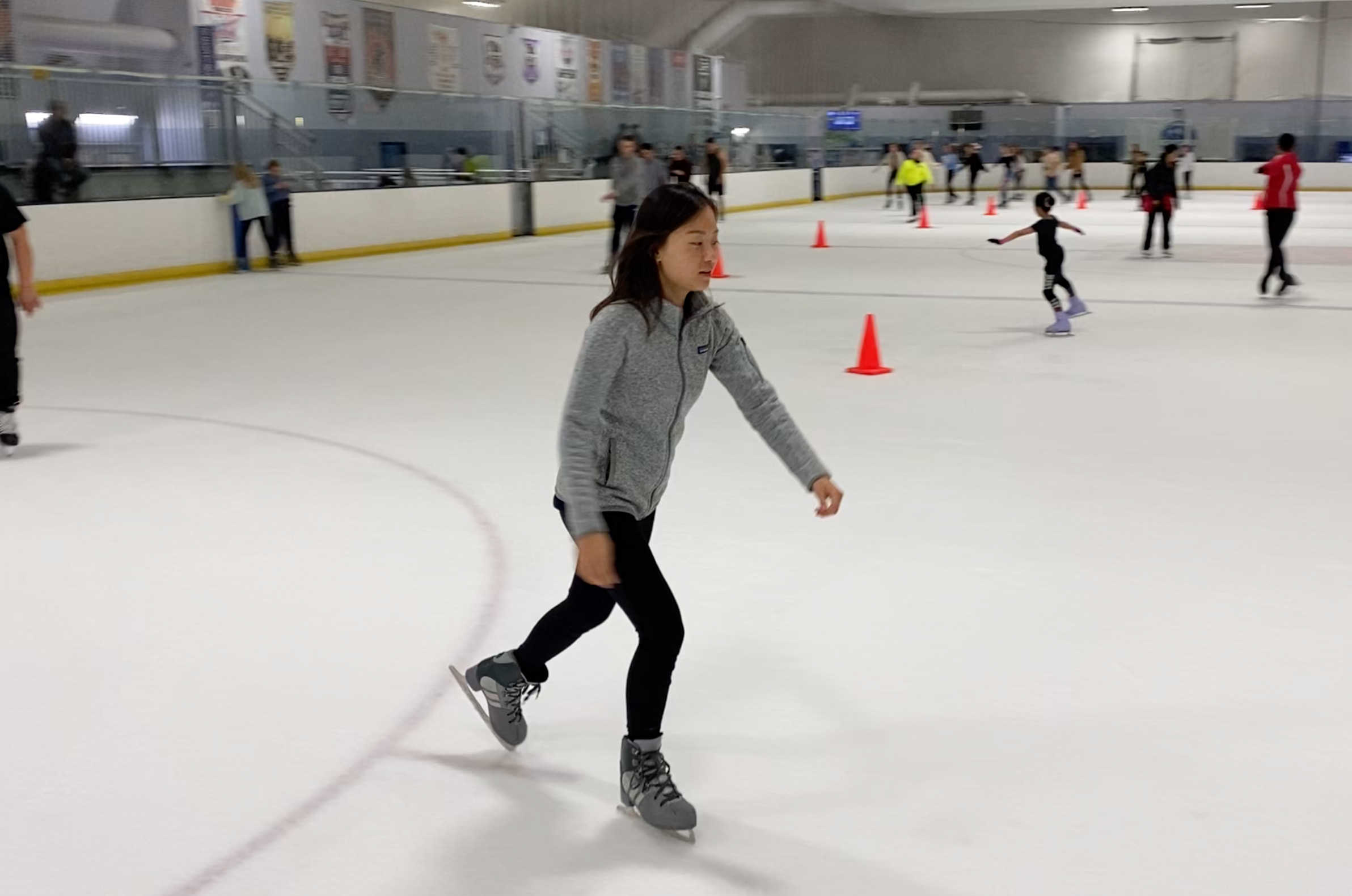 Ice skating seems rather uncommon here in Southern California as there are only two year-round rinks within driving distance of Caltech. One is the Pasadena Ice Skating Center which is only minutes away, the other is the Santa Monica Rink which is way out west. The interesting thing is, the Olympic figure skating Mirai Nagasu is actually local. Her family owns a sushi restaurant in Arcadia that is only 10 minutes away. There are a lot of Caltech events at the Pasadena rink. The houses often play broomball with each other. For broomball, we would rent out the entire rink. It’s extremely fun and you do not need to know to skate to play. My friends and I have also gone a couple of times to actually skate during their public skate sessions. In fact, two weekends ago, a friend and I headed over to polish up our extremely rusty skating skills.

We went right when the public skate session opened and there was already a line. It was around $15 per person with skate rentals if you had a California driver’s license. Personally, I am not a fan of skate rentals because for figure skates, they shave down the toe pick to prevent people from falling. However, for more experienced skaters, the dull toe picks simply feel strange. Even more strange is the sensation of getting back on the ice. To remind yourself to push off your back foot, glide and be confident in your balance is not that easy. As such, there are plenty of adults stumbling around the perimeter of the rink. There are also lots of amazing young figure skaters practicing in the center of the rink. We saw several doing lutz jumps and shoot the duck spins. I used to figure skate and I felt the urge to try a few of my old tricks, but I stopped myself from doing so because it could also possibly fracture my tailbone When I go home over the winter break, I will definitely go skating, and I will hopefully bring my brother along as well. Ideally, I’ll bring my own skates to campus in the new year, so I can go more frequently with my friends here.