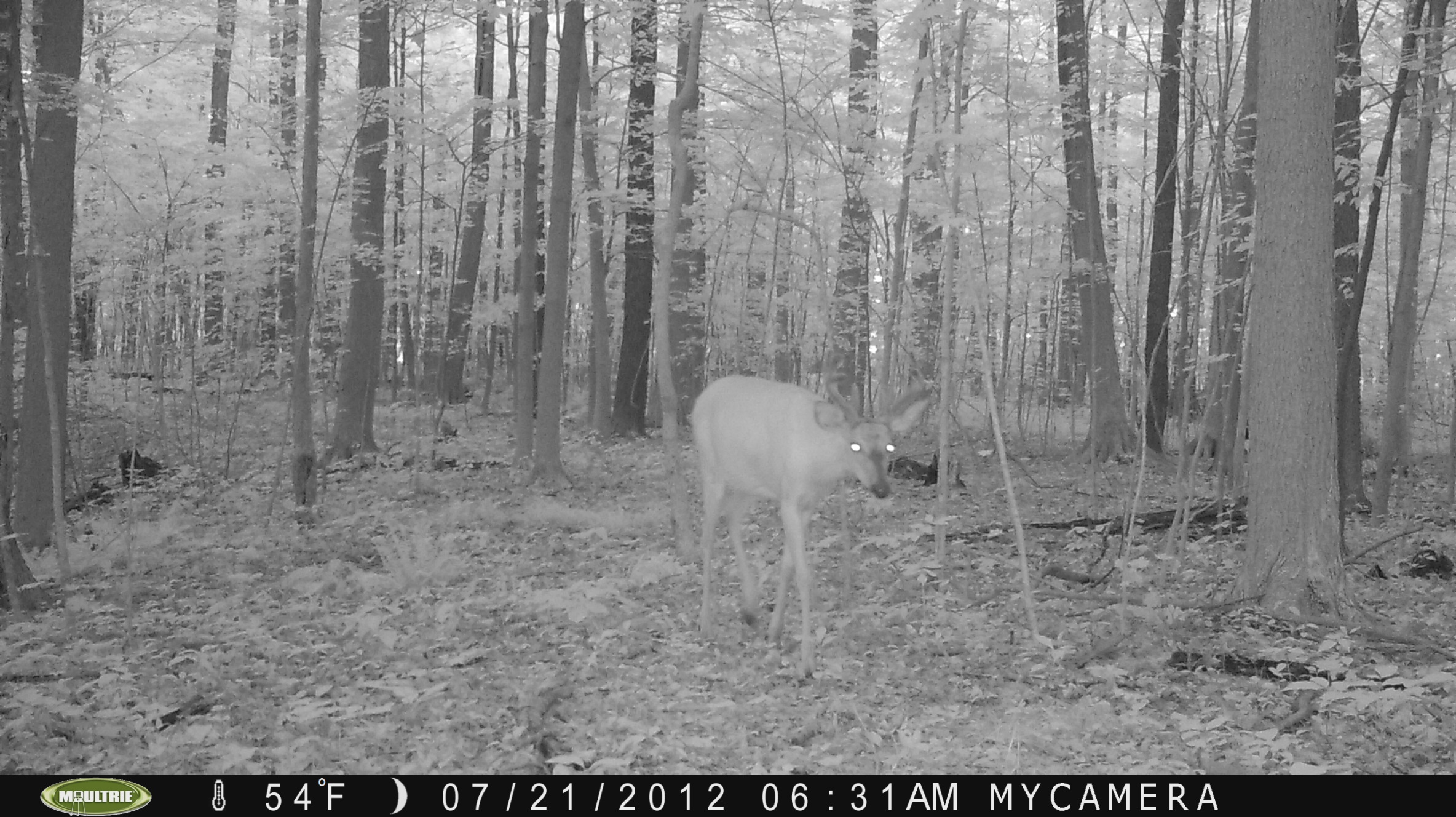 I have a handful of pictures I had been meaning to post just for fun, but they didn’t really seem to fit in with anything… so now they fit in together as a post of irrelevant, unrelated pictures.

First up - a collection of photos taken with a wildlife cam in the woods at my house. We have 25 acres of woods, and since we moved there less than a year ago my parents thought it would be useful to find out what kinds of things were roaming around. The camera clicks a picture every 30 seconds. My dad said that you’d only get one shot of most animals because the camera shutter would scare them off before the next picture was taken. Clearly deer don’t really care…

Here’s a picture that’s not all that important, but kind of pretty! Rainbow wells from an assay I did that measures the amount of hydroxyproline in the sample. Hydroxyproline is an amino acid variant (not one of the common 20 amino acids) that is frequently found in collagen. We can hydrolyze our scaffold samples and determine the amount of collagen present, which could indicate that we were able to create a construct that shows similarities to the extracellular matrix of native cartilage. The rainbow rows are the standard curve that increases in hydroxyproline concentration from 0ug/mL to 20ug/mL.

So many tubes….. and this is only half of them! I labeled lots of tubes on the day we harvested scaffolds. It took the entire day to cut the 28-day-old, 8mm diameter samples into smaller pieces and aliquot them for characterization.

This is my grandmother’s “ferocious” little doggie, Lucy. She looks less-than-formidible next to the sign…

Getting milkshakes at Smashburger with Amy and Nadia :)

Only a week left of my SURF in Houston - then I’m headed back to Pasadena for soccer preseason!