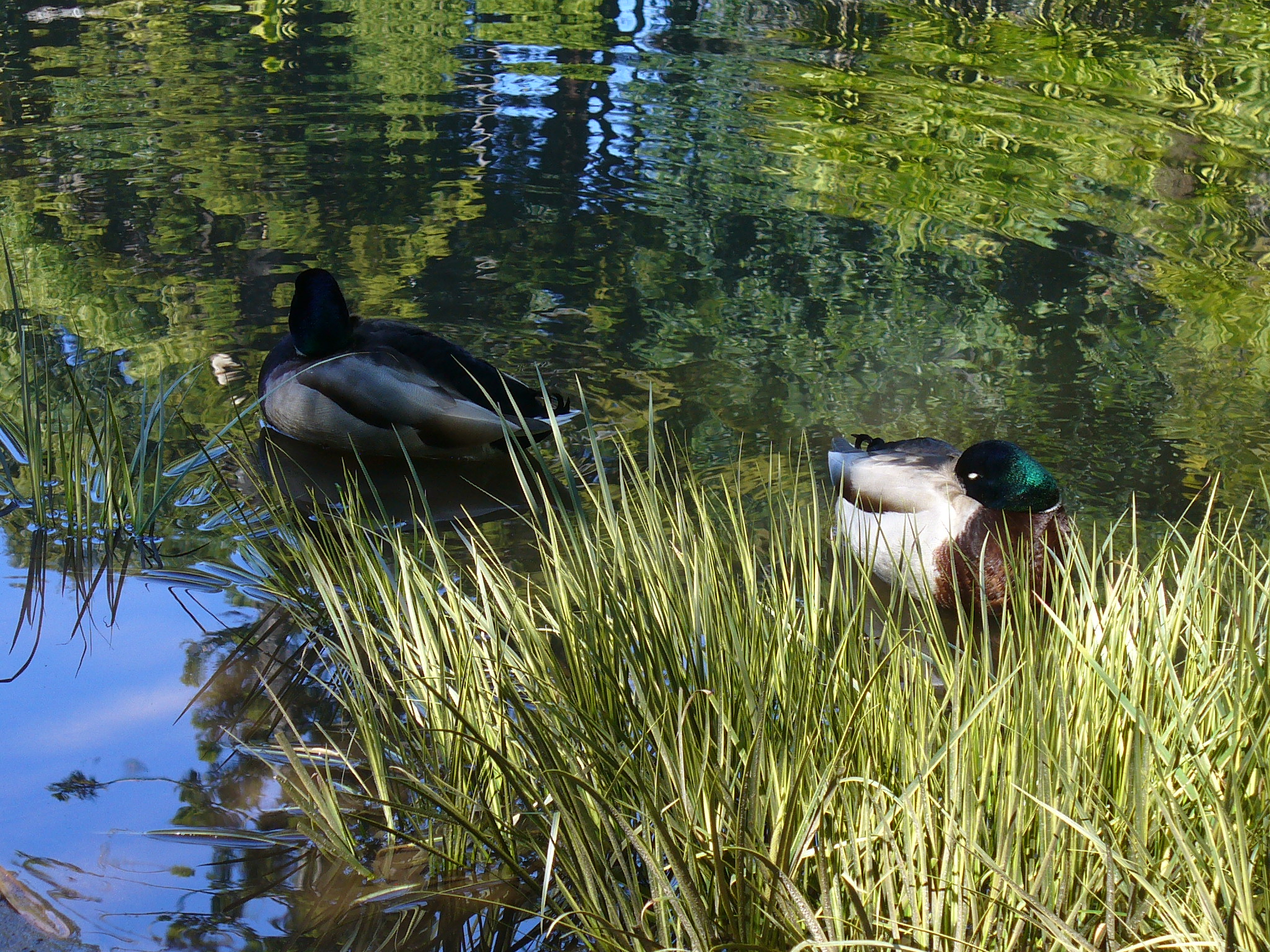 I've been waiting all term to write this post...

I often joke that I came to Caltech for the birds of paradise. That’s one of the things I really clearly remember from my tour; it was the middle of February and these beautiful flowers were blooming all over campus. Coming from my cold climate, this seemed like a really nice concept. And really, it’s amazing how much nice weather can help a person’s attitude… yes, Caltech is hard, but at the same time, when you go out on a walk in the middle of winter in shorts and a t-shirt, it feels great even if you didn’t sleep the night before. But anyways, one of the really amazing things about Southern California is the number of gardens and arboretums around. I’m pretty sure just about every town has one and they’re an amazing escape from the craziness that can overwhelm you quickly. Luckily, the one closest to Caltech called the Huntington is also one of the largest and most beautiful and includes a large collection of artwork and historic documents including a Gutenberg Bible.

I first visited the Huntington second term last year when my parents visited; we looked through the exhibits and strolled through the gardens. I went a few more times through the year last year with various people. This summer, I bought a groupon (google this if you don’t know about it… you can find some really great deals, which is super as a college student) for a membership to the Huntington for half price. The membership entitles me to visit whenever I want, to bring a guest each time as well as one extra guest pass (one time use), and invitation to special events (though I haven’t taken advantage of that…). Yay, so there’s some background… and now I’ll get to what actually happened this weekend! So I managed to get myself up by 9 on Sunday morning (people’s sleep schedules vary a lot at Caltech so some weekends I will sleep until 3 on weekends though I’ve been avoiding it this year because it makes 9 am orgo on Monday mornings that much more painful) and I met my parents in their hotel by 10. They checked out and we went out for breakfast at a place called Marston’s in Old Pas. Apparently they were recently called the best breakfast in California by the Food Network Magazine and I can see why! During breakfast, the family discussed what to do before my second concert (which I talked about in my other post about last weekend) and I suggested using my Huntington membership and my guest pass to spend a few hours in the gardens for free (normally it would cost 50 dollars for the 3 of us: adults are 20 dollars and students are 10). So that’s what we did.

Once we arrived (it is only about a 15 minute walk or a 5 minute drive from Caltech), we headed right to the desert gardens. This is about the time that the desert goes into bloom so the cactuses that are normally just spikey are filled with flowers and fruits. The contrast between the hardness of the plants with delicate flowers is amazing. We then walked over to the lily ponds, which were less lily-filled than the last time I went. However, there were ducks:

Oh, so some of you may have heard over the weekend that Southern California was getting snow. It did… but not really in the valley (Pasadena is in the San Gabriel Valley). However, the mountains did get snow-covered: check it out (thanks for the picture dad)!