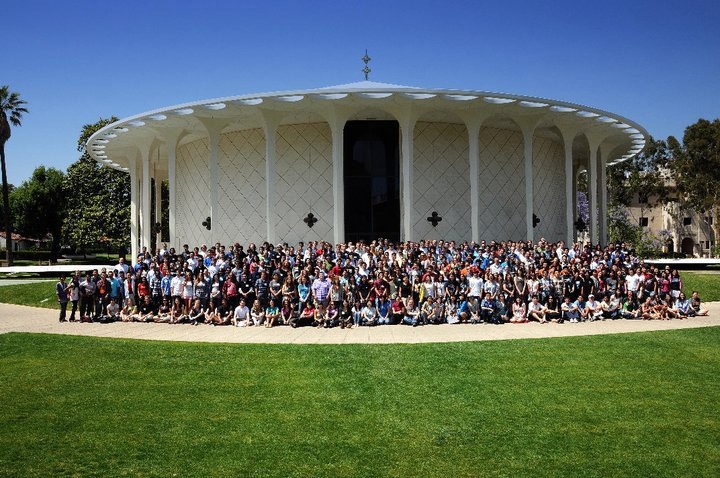 Did you know that there are more than 300 summer interns at JPL this summer? Over half of those (188 to be exact) are Caltech affiliates. The CaltechStudent Faculty Programs Officeadministers eight undergraduate research programs, one of which is SURF.

Four of those programs give you the opportunity to work closely with incredible scientists and engineers at a NASA center (SURF is limited to JPL, but withSpace Grant,NASA USRPandNASA PGGURP, you can work at whichever participating NASA center you’re interested in). How much better can it get?! Caltech is the place to be if you’re interested in space exploration. :)

So as you can tell from the number of students on the JPL campus this summer, JPL is very active in educational outreach and aims to encourage students to pursue math, science, and engineering. So in this post, I’d like to tell you guys about one of the cool things that JPL organizes for its summer students.Every Thursday,a JPL scientist-engineer (or just “JPLer”) takes time out of his/her day to tell us about an interesting project or mission on which they’ve worked or on which they are currently working. And almost all of these presentations touch on what is going on in the space industry today.

For example, during the second week of SURF, we got to hear about theDawn Mission. We learned about the awesome new ion propulsion technology that the probe is using (no, notthis kindxD)and found out about what sorts of studies the spacecraft would be conducting once it reached and inserted itself into the orbit of the massive asteroids between Mars and Jupiter. It was during that talk (only my 7thday at JPL!) that it “dawn”ed on me (haha, get it? I’m so punny ;)) how amazing it was to be at JPL. We were at the place where this spacecraft was designed…constructed…**tested. And where it was going to be controlled and operated from. Suddenly, all of NASA’s Earth and Space Science missions that I had only heard and read about became much more real. I felt closer to it all. I think I’ll have this “closer” feeling pretty often this summer…I’ll be sure to mention it every time I experience it. It’s a great feeling to realize that maybe you aren’t that far from the vastness of outer space after all! :D

This Thursday, we had another one of these talks. For this one, we had a JPLer come and talk to us about the future of Mars exploration. Even though the presentation didn’t include any discussion of the manned exploration of Mars, it was still very exciting! :) We got to learn about the research and development going on right now at JPL and in Europe (with theESA) for a potentialMars Sample Returnmission.We found out how complex the process would be and about how the technology for the mission is slowly (but surely) being developed. We have three more of these talks left, and I can’t wait to hear them all!

In addition to holding these awesome talks, JPL also lets its summer students tour its really cool, high-tech, fancy facilities. On Friday, I’m going to get to check out the Lunar Surface Operation Testbed (LSOT), which is what JPLers have been using to test their prototypes of the gi-normous ATHLETE Rover. I’m sure this tour will give me the “closer” feeling too. I can’t wait! I’ll tell you all about it in my next post, so stay tuned! :)