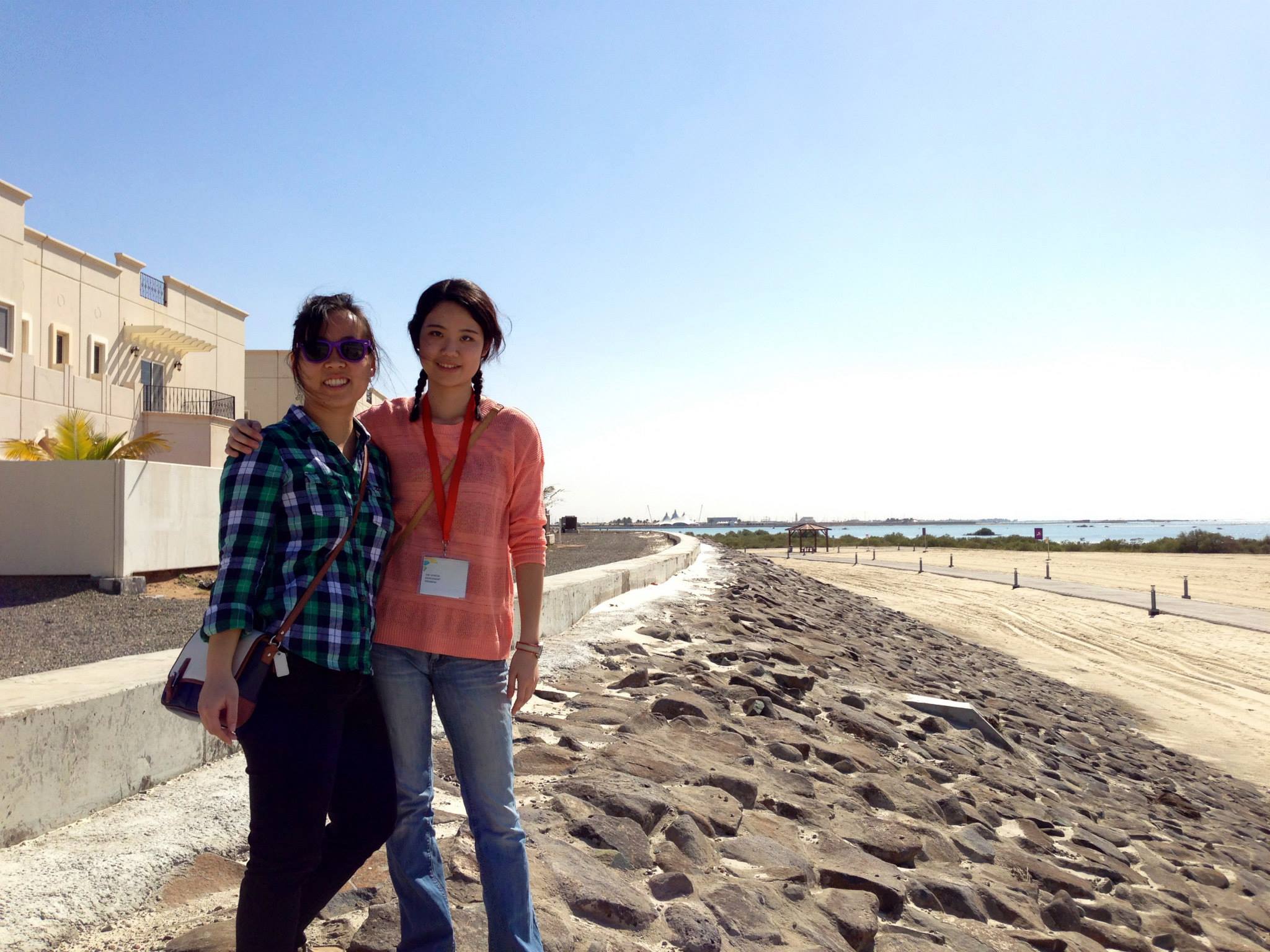 So I’m safely back at Tech now, but KAUST was an interesting experience and an amazing opportunity to meet people from around the world. There were a total of 45 finalists who presented on their research on Tuesday for the international undergraduate poster competition. The grad students and post docs also had a poster competition on Wednesday. The judges, which were mainly faculty members, were impressed with the work we Techers presented on. Personally, my poster was on the research I did at MIT for an off campus SURF with Stephen Lippard in the Department of Chemistry. We published a paper last year, and you can read more about it here if you are interested. President Chameau, who is the President Emeritus of Caltech, surprised us by coming to see our posters. We got some pictures with him and he promised that he would meet up with the Caltech students later in the week along with his wife, Dr. Carol Carmichael. After the three hour poster session, we hurried to catch the 6:00 pm showing of Frozen at Discovery Square. KAUST has one of only two cinemas open in Saudi Arabia and it only cost us 5 SAR, or 1.33 USD. I was told that cinemas were banned in Saudi Arabia to appease conservative clerics, so I’m unsure of how KAUST has a cinema. However, KAUST does allow women to drive within the community and is more progressive/westernized than the rest of Jeddah. Men and women are allowed to mix to exchange ideas and promote science. KAUST definitely felt like a bubble and contrasted severely with my brief experiences in the airport and in Jeddah. For example, unmarried women did not interact with men outside of their family and there were separate lines to go through immigration for males and females. Women also wore abayas and covered their heads with headscarves. When we visited Jeddah, the female undergraduate students were provided abayas to wear. Although abayas do protect your clothes from all the dust, it was very hot wearing black outside in 80-degree weather. We got to visit Al-Balad and do some shopping in the souks, or markets. We also got a chance to snorkel and explore the Red Sea Coral Reefs. The water was very salty but very clear. The fish were beautiful and of many colors and sizes. Time definitely flew by quickly during our stay at KAUST. My favorite keynote speaker was Jorge Cham, the creator of PhD Comics, on the “Power of Procrastination.”On our last day, President Chameau presented awards for the poster competition. Tara ended up placing first and Jarvis tied for third! Congrats again! We then met with President Chameau and his wife afterwards for a brief meet and greet. It was nice seeing them and hearing about how they had been adjusting to their new life at KAUST. KAUST definitely has nice facilities and is very accommodating for any grad student or scientist; however, as a senior, I’ve already applied to graduate schools and will be visiting several in February and March. I personally prefer to stay in the United States to pursue my Ph.D., but for all of you adventurous underclassmen, KAUST is a university you could explore to do research, whether it be an off campus SURF or a potential graduate school choice. I’m definitely grateful for this opportunity and look forward to seeing how KAUST grows in the near future.

Ma’a salamaمع السلامة (Good bye and may peace be with you),