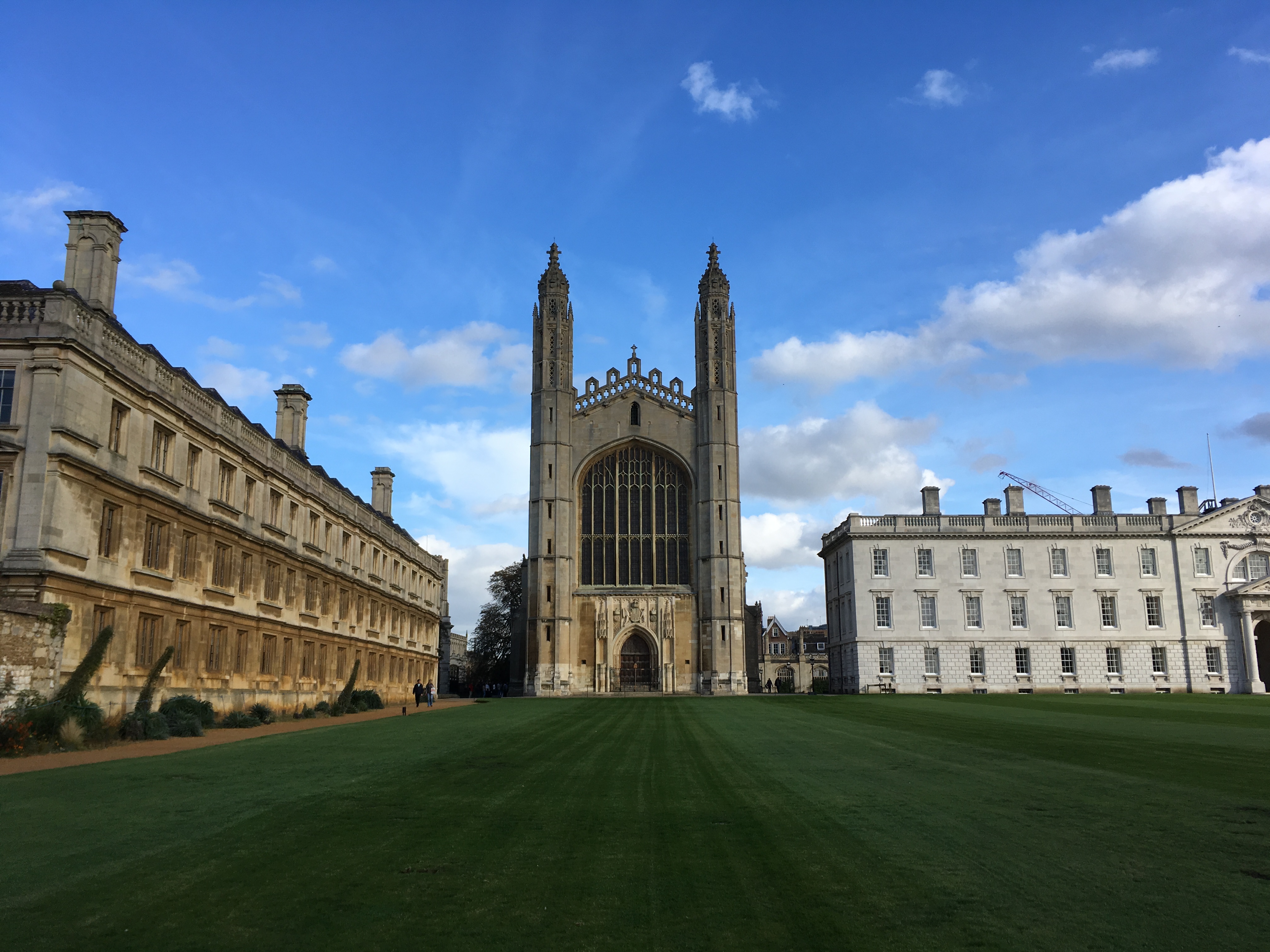 On a beautiful sunny day, I walked through King’s College! Luckily for me, I can enter just by showing my University card without having to pay an entrance fee like the tourists :)

King’s land straddles the river, with a field of grazing cows behind it.

Fun fact: it’s said that if Corpus can manage to get King’s cows back across the river and into Corpus Christi College, the field that they graze on will once again belong to Corpus as it used to.