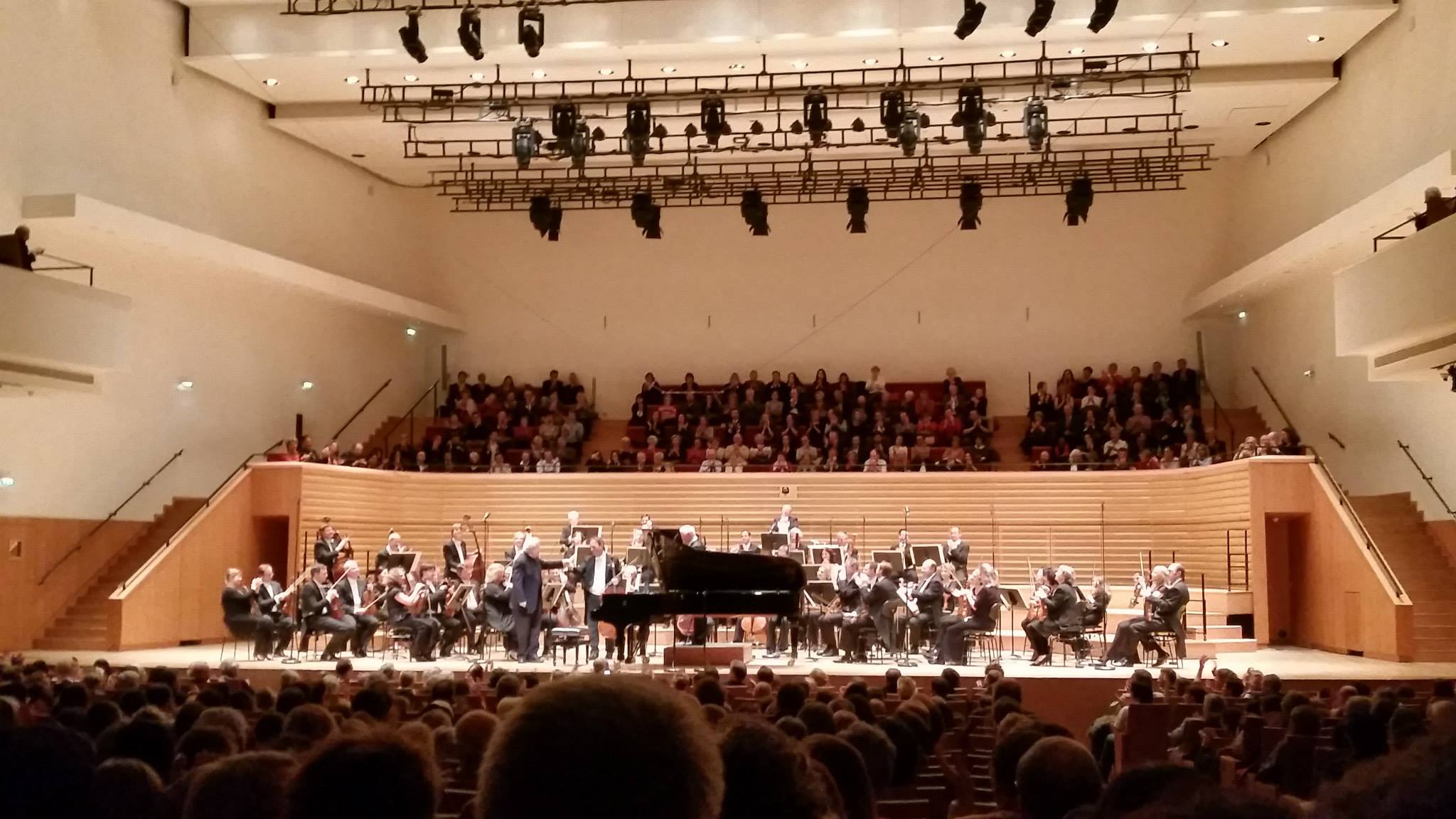 After going to Vienna, the world’s heart of classical music, I suddenly realised that music is a bigger part of me than I’d ever realized. Immediately upon returning I scanned through the great Parisian concert halls for performances I could attend before leaving, and though I found no more operas, which were my original target, I did find two concerts at the Salle Pleyel.The Salle Pleyel is a slightly smaller concert hall than the great opera houses, and is much more intended as a recital hall, almost built for piano performances. Not surprising given the homage of the name to a composer and the founder of a great piano company of the 19th century, the height of Romantic pianicism.The first concert I found was a concert with Emanuel Ax playing the Brahms second Piano Concerto with Bernard Haitink and the Chamber Orchestra of Europe in the first half and with the latter two performing the Fourth Brahms Symphony in the second half. I couldn’t find any cheaper tickets, and dropped 65 euros on this ticket, which also landed me in quite a nice seat

The concerto itself was quite a treat, since it is a piece I am terrifically fond of, but it felt a little bit stiff. It’s been a while since I’ve listened to a concerto live, and given synchronisation difficulties I wouldn’t be surprised if live performances are stiffer than studio ones to make synchronisation easier, but it was still a slightly disappointing performance in that respect. But of course, Emanuel Ax found sonorities and colors in the piano that simply cannot be heard on recordings, and I did like his muscular treatment of some of the louder sections.The Symphony was otherworldly, on the other hand. The smaller orchestra gave the Symphony a very warm lilt, which given the nature of the symphony was very suiting (for example, the first wouldn’t have nearly worked so well, being a much squarer symphony than such a flowing one as the fourth). I enjoyed each and every movement, gained a newfound respect for the Fourth Symphony. I hummed it for a whole week after the concert.The second concert was a Valentina Lisitsa piano recital, much more familiar territory. Valentina Lisitsa was a pianist who really made her fame through a DVD recording that was pirated onto Youtube, a real twist of fate. She has become controversial of late for her political opinions, but that didn’t stop her from giving a scincillating performance. I purchased a 35 euro seat but since the seats were not sold out the ushers actually told us to move farther forward, giving me abetter seat than the Ax performance