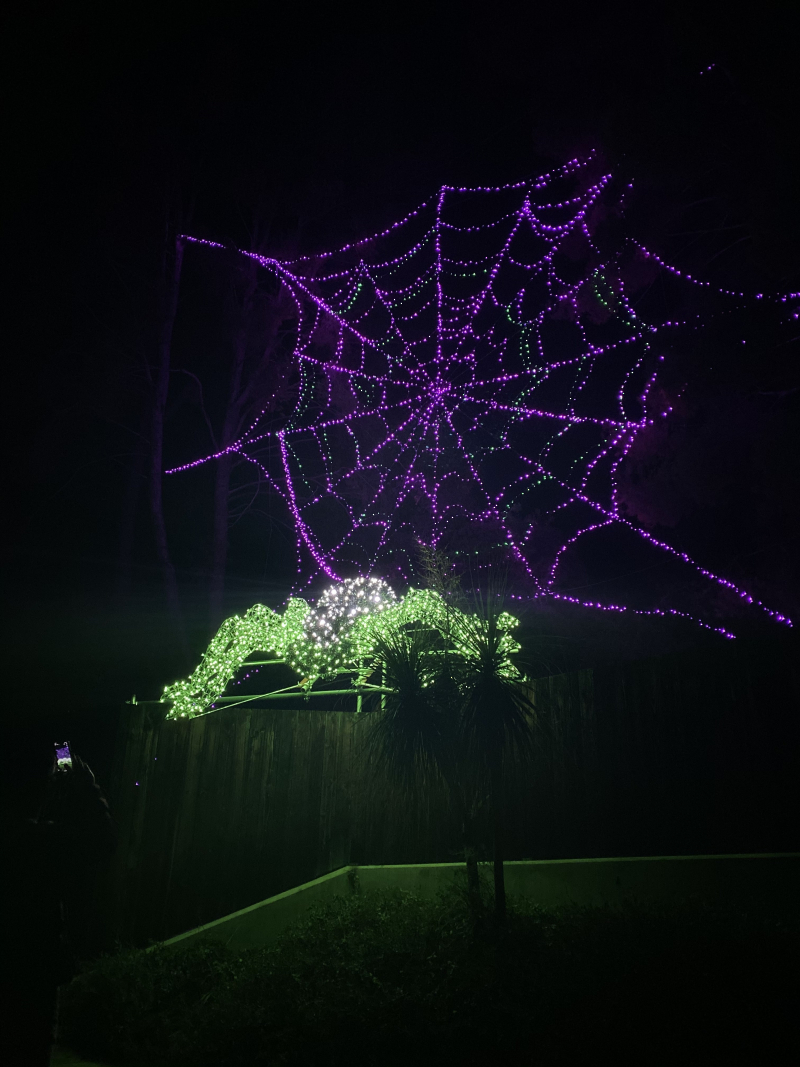 There’s nothing more festive than beautiful holiday decor. Something that has gotten quite popular in recent years is light displays. Around Pasadena, the LA Zoo, LA Arboretum are a few venues that have elaborate holiday light displays. This past weekend, I went to check out the LA Zoo Lights. The general admission is $15 on weekdays and $20 on weekends, which is certainly not cheap, so if you do go, be sure to take a ton of photos.

I went with two of my friends, one of whom has a pro photography gear. He brought two sets of lenses and a tripod. We never got to use the tripod since it was rather crowded. However, his two sets of lenses were quite useful. One was suited for panoramic shots, the other for close ups and special effects.

Right when you walk in, you are blinded by all the LEDs. There is a center piece that looks like a float at a parade. Surrounding the display are little pop-ups where local artisans sell their goods, including fancy salsa, jewelry and prints. We got some churros and hot chocolate since it was fairly chilly out.

Most of the animal exhibits were closed, with the exception of the snakes exhibit. We saw a variety of baby snakes, but did not see any pythons or cobras. Outside, was this massive web and spider made of lights. There were also light sculptures of flamingos, frogs and elephants along the path. One thing I really like about the displays is how well-planned they are. There are arrows guiding you from one exhibit to the next so you walk and optimized path without repeating sights.

The highlight of the place is this light tunnel. It’s essentially just a 100 meter tunnel lined with fairy lights of all colors.The beginning is white lights, then rainbow lights, before ending in golden lights. This is where everyone takes photos and shares to social media. We managed to get some nice pictures here, but it was quite touch to wait for the moments when the background is not filled with people. We left soon after that since it was freezing out. Well, freezing by LA standards, so like in the 50s temperature-wise.

The Zoo Lights were definitely beautiful, but I don’t think I would go back again. I think they recycle the same displays year after year, so I wouldn’t pay to see the same thing again. However, if you have never been, I do think it’s a worthwhile experience.