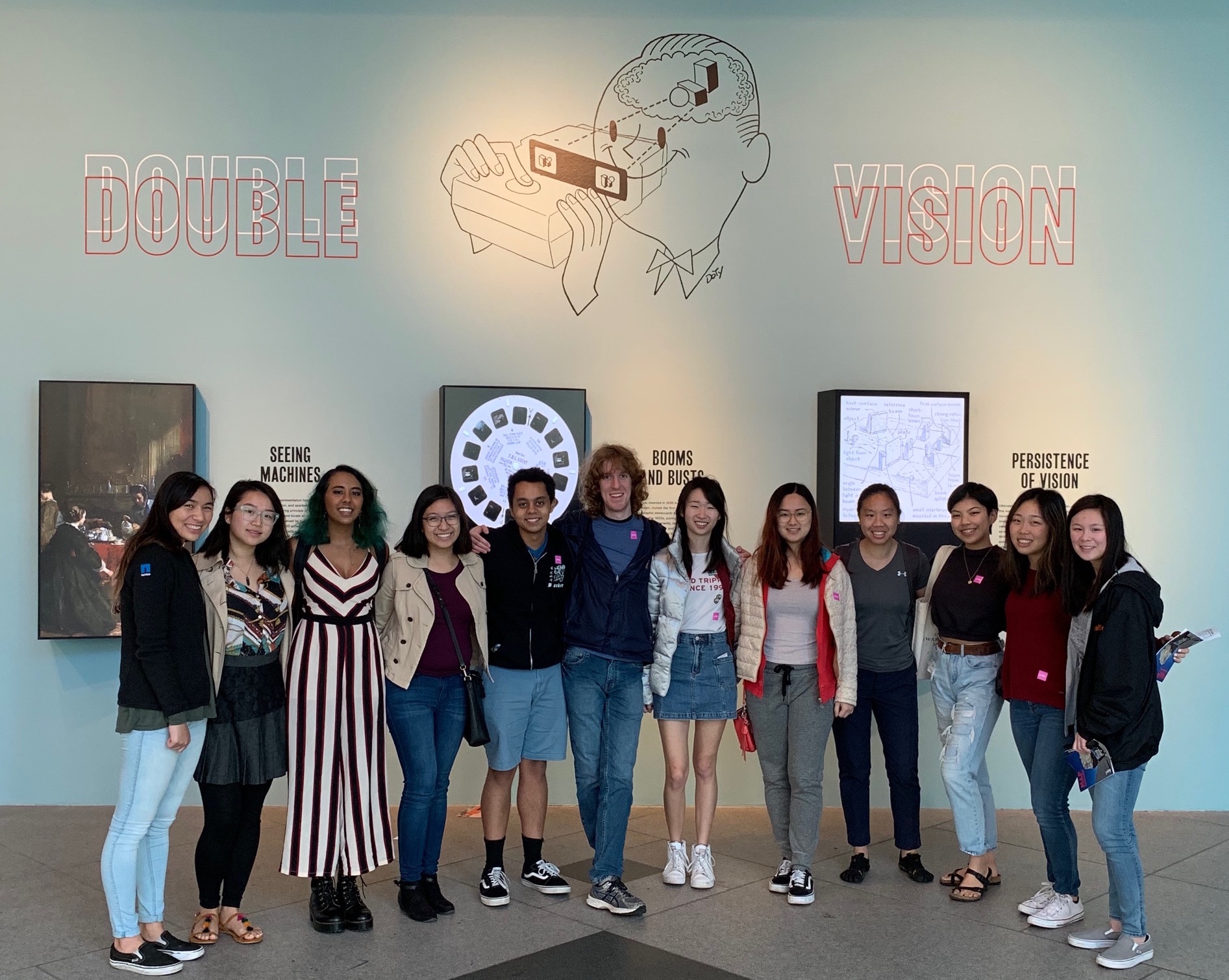 Caltech is starting a new Visual Culture program funded by the Andrew W. Mellon Foundation and headed by the Caltech Humanities and Social Sciences Department. The program will include new courses, a postdoctoral instructor, artists-in-residence, guest lecturers, and the addition of a visual culture professor to the faculty. The first artist-in-residence is Leslie Thornton, who is an experimental filmmaker. She’ll be teaching a class on the concept of time in filmmaking next term, which seems really interesting! As part of this program, Professor Jurca took a group of 12 students to the LACMA, the Los Angeles County Museum of Art. We were there to specifically see the “Double Vision” exhibit, which focuses on 3D art. Many of the exhibits required special 3D glasses for viewing. There were three different types of glasses, each for different kinds of 3D art. One of them was just like the ones you get at 3D movies, and another was the classic one red lens one blue lens type. There were also exhibits that did not require you to use glasses, and others that asked you to look through other lenses like the in the photos below. You can find more about the exhibit here.

After getting a tour of the 3D exhibit, we were free to walk around the rest of the museum. I found the exhibit below, “Metropolis II”, really interesting, but it was too bad it wasn’t running at the time. It’s a model of a frenetic city, with railways and cars that move on tracks. Unfortunately, since it wasn’t on, I didn’t get to see it in action, but hopefully someday I will!

The museum also featured artwork by famous artists such as Matisse, Picasso, Kandinsky, and de Kooning. I personally like Matisse a lot, so I was excited to see his artwork. In addition, there was an exhibit on SoCal Graphic Design, which I thought was interesting since I’d recently taken a Graphic Design course at the Art Center. The LACMA also has exhibits on East Asian and Native American art.

Afterwards, we all got lunch together in Little Ethiopia, which was awesome. I’m excited to see what else comes out of the new Visual Culture Program!