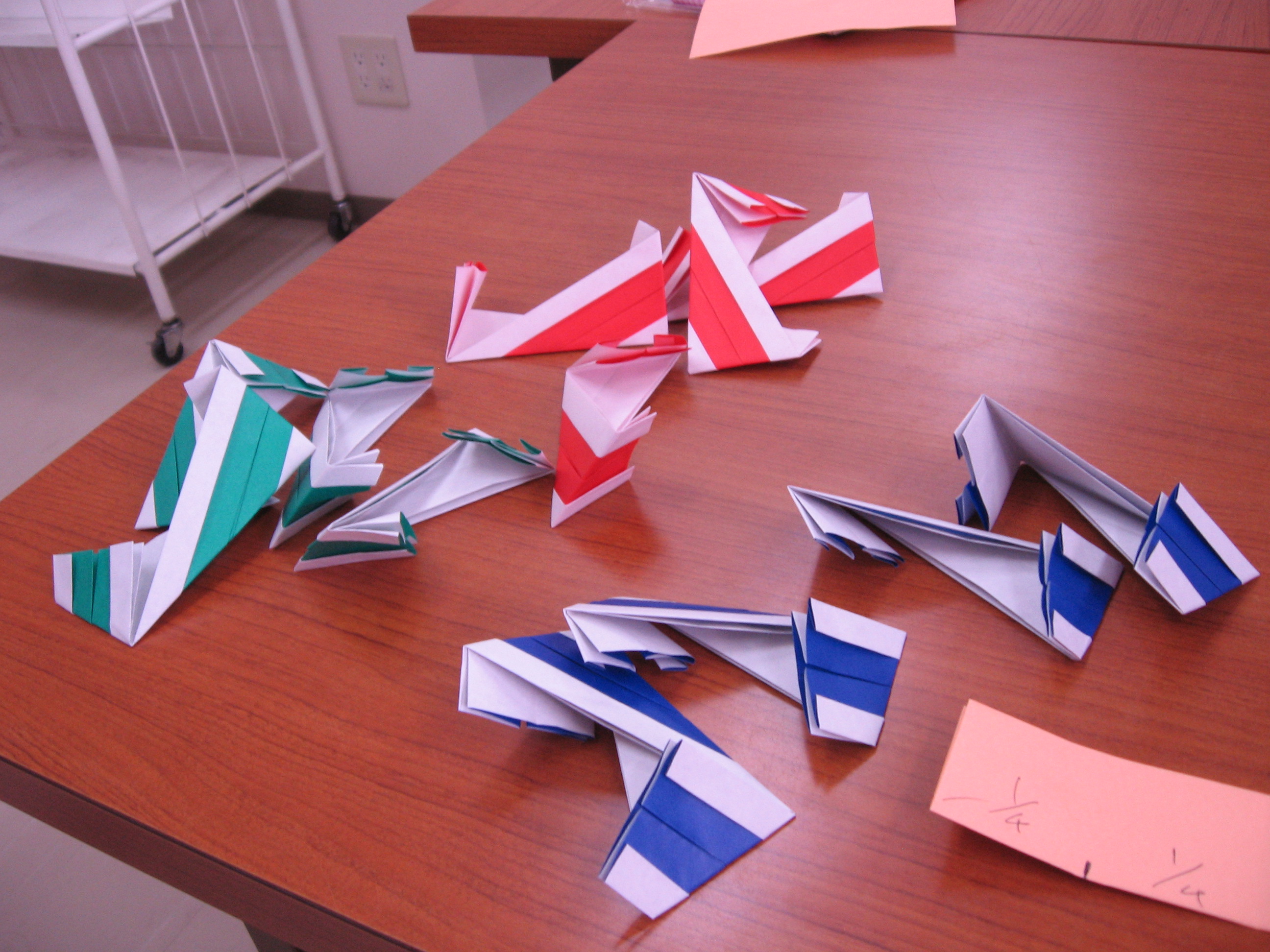 Back in elementary school I used to think origami (literally “paper folding”) was pretty cool. Then I didn’t do any of it for like 10 years. And now, here I am origami-ing again. I thought we’d be doing the traditional cranes. Instead, it was something much harder. We made a top and a pretty cool box:

For the box, we had to make 12 identical pieces and then fit them together kind of like a puzzle. It was pretty hard, but kind of fun. The origami teacher is a professional origami teacher, and apparently is also a singer with various singles out, though of course they are Japanese. Afterwards, the top was a little simpler, but I think that it’s much cooler. It actually spins fairly well. Now the problem is how to transport these 3-D objects back to America through luggage. Hmm. We’ll see, I’ll think of a way.

So the program is almost over. I did my final speech today, which was just 5 minutes of me speaking, completely in Japanese, about the things we did and how fun they were, etc. Unfortunately, all good things must come to an end, and this trip to Japan is no exception. It’s not the last day of the program, but the last formal class day. Tomorrow we’ll be going to Asuke on a final tour of the area. It’s going to be mostly wilderness, so it’ll be relaxing to walk through the forests on my final day in Japan.

So if I have time, I will do a post while waiting in Seoul/Incheon airport on the way back. They have free wireless internet, and I’ll have a couple hours of time waiting for my plane back. The troublesome thing is the overnight stopover in Seoul. I don’t speak any Korean, so hopefully the people there will know either English, Chinese, or even Japanese would probably be fine. So expect the final post on Friday, where I’ll talk about Asuke and then attempt to wrap everything up. Until then.

By the way, I was in Nagoya the other day, and played that UFO catcher game. Somehow I won something. I have no idea what it is, some doll or figurine of some sort, but at least I can say that I’ve won a legitimate prize through a UFO catcher game.