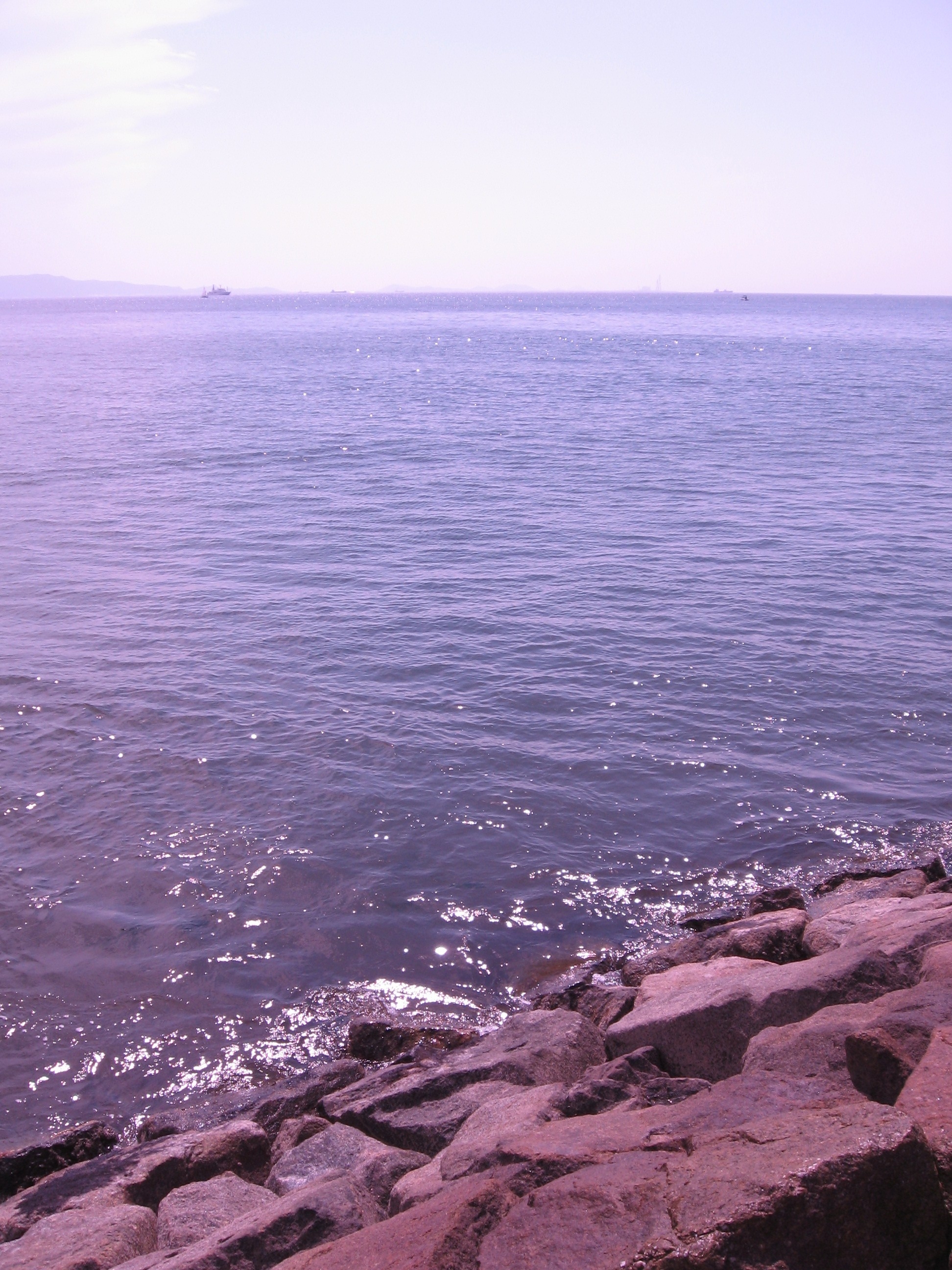 This weekend I decided to take it easy a little compared to last weekend. I can’t be too tired this next week because I’ve got a speech to do as well as the tiring flight back and some more things to finish after that. Anyways, I ended up going to Nishiura on Saturday, which is fairly close to Okazaki, though near the sea. Nishiura is a small fishing town which is famous for its various hot spring resorts and beaches. From the beach overlooking Mikawa Bay, you can see Cape Irago, the Tokoname Peninsula, and various islands including Takeshima, which I had visited before. Since this is most likely the last time I’ll be able to visit the seaside while I’m in Japan, I decided to walk around the peninsula. It took a couple hours, but it was definitely worth it. I really love the smell of the ocean, which is something that even at the California beaches you can’t really get.

Being the last weekend, I decided to go to Nagoya one last time, this time mainly to find stuff to bring back and possibly to go to a couple places that I didn’t get to go to last time. The main area was the large shopping arcade next to Osu Kannon which I walked past last time but didn’t really check out. This shopping arcade is about a 0.5 by 0.5 km area within Nagoya. Everything is outside and on the streets, but all of the streets are covered, so it seems like you are inside. The closest thing to this in the US might be the northern area of Las Vegas which has the Fremont Casino. The Nagoya shopping arcade is not even the largest. I walked through a couple that were at least twice as large last weekend while I was in Osaka and Kyoto. So I ended up buying some stuff to bring back, but definitely not too much because I might have a luggage space/weight problem.

This next week we’ll be doing Origami and making one final trip into the wilderness of Asuke. Hopefully I’ll be able to have a post about Asuke, which is on Wednesday. However, my plane leaves on Thursday, and I may not have time to do a post on Wednesday night because I’ll need to pack. Thus, expect one probably on Tuesday and most likely Friday while I’m at Seoul Incheon Airport (free wireless internet). Until then.