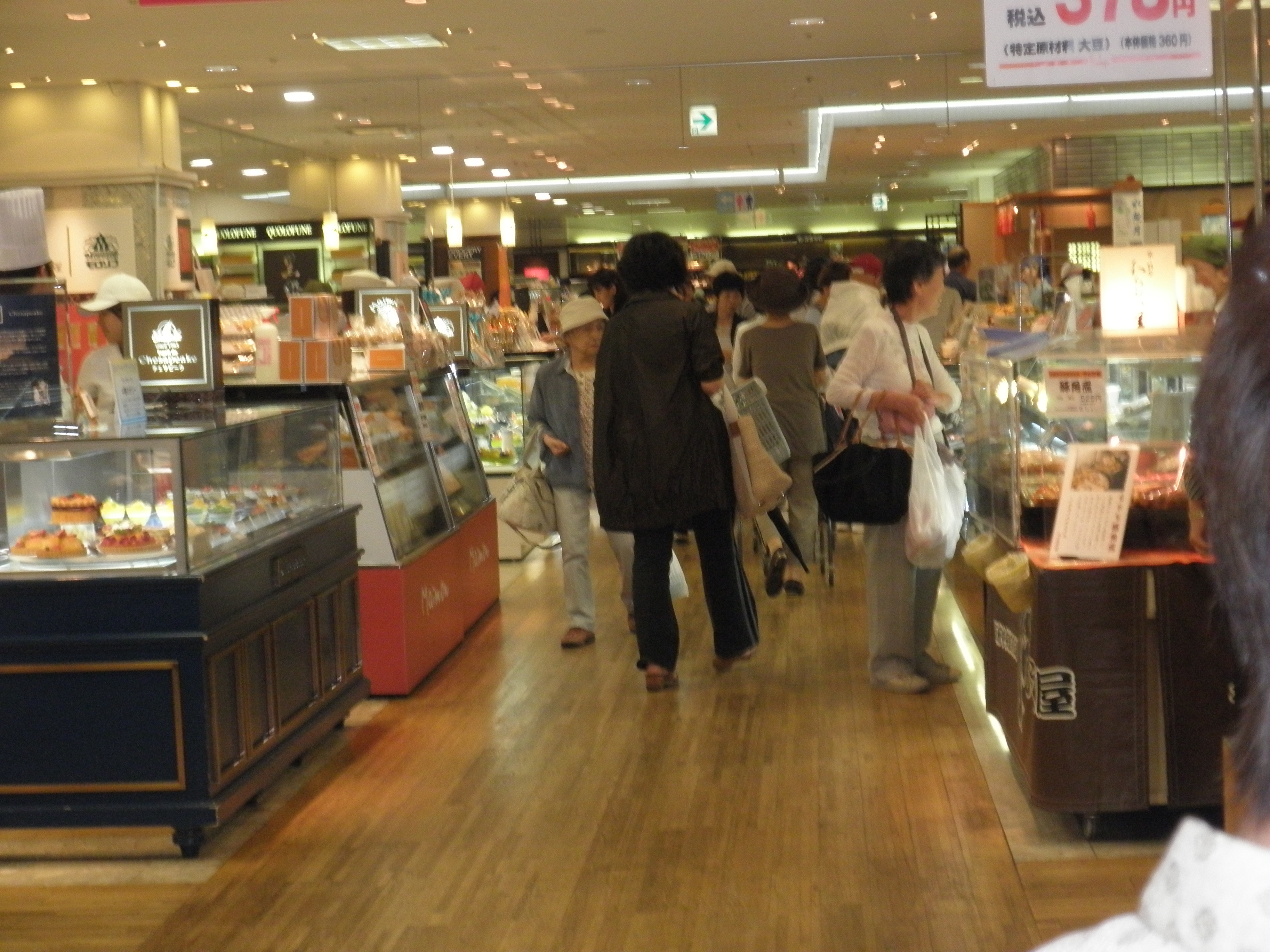 The time to return to California and start my SURF project has finally come. With mixed feelings of sadness and anticipation, I prepared to leave Japan. But first, Some food shopping is necessary before making the long journey back. As I described before, in most Japanese department stores, there is a story dedicated to food that is sold in vendor booths, as depicted above. Right now we’re in the sweets section if you couldn’t tell from the cakes and pastries.

Here are some booths that sell other types of food.

Not only are there booths for prepared food, there is an actual section that sells groceries. In these grocery places there are always boxes of fruits. But not just any kind of fruit. These are super special, specially picked fruit that are guaranteed to be super sweet and top notch. And so are their prices. If you think five fruit for about $35 is expensive…

How about three mangoes for nearly $190? To be honest, pretty much nobody buys these fruits regularly. Instead, many companies will buy them for presents or gifts to employees, etc. Or many times, in the case of the perfectly round watermelons or cubic watermelons, the department store will cut them in fourths and some wealthier people usually will buy them then.

After shopping for some food to take back with me to Caltech, I decided to buy my last dessert before I left Japan. These cakes and cream puffs were also bought at the department store. The two cakes in the middle are a pudding cake and a lemon cake. The pudding cake consisted of a normal cake that had actual pudding on top of it and the lemon cake had a kind of lemon tart-like layer on the bottom. Both were very unique and very delicious!!

The next day, my final day, when I arrived at the Airport in Osaka, I was told that I had been upgraded to business class!! My mom and I still speculate why but I’m not complaining. It was a very nice way to wrap up my vacation.

The seats were so wide and had so much leg room!! In fact, there was so much room I could…

Stretch my legs all the way without touching the seat in front of me! After the 10 hour flight, I was definitely feeling less weary and tired than I had when I arrived at Japan and was prepared to start researching. Wish me luck!! Till next time.