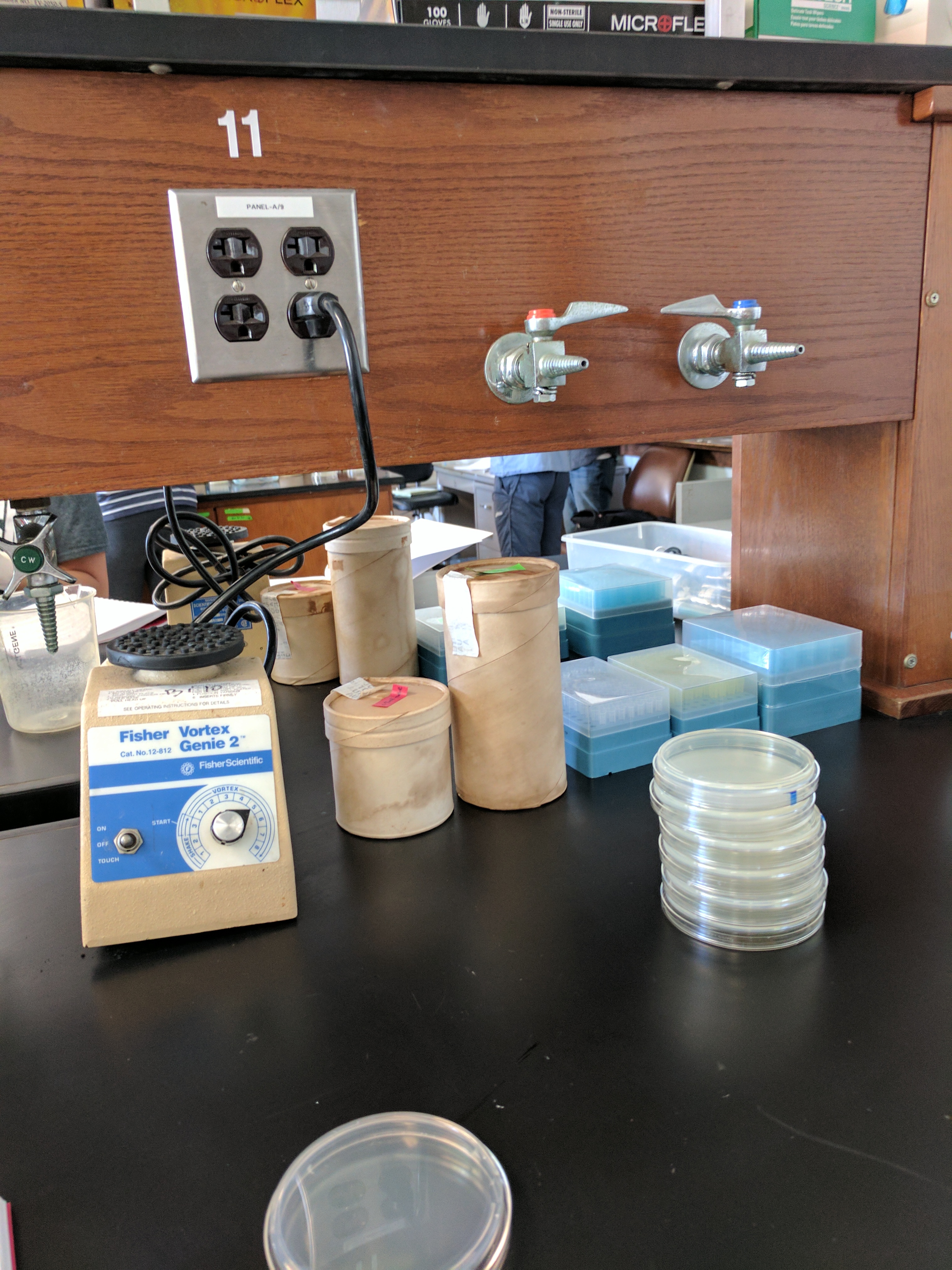 For Bi 10, a freshman biology lab class, students get to grow colonies of the microbiota found in everyday life. This includes samples from the hands, E. Coli strains and also saliva swabs! We are given 8 Petri dishes of agar mixed with growing medium, or “broth”. Agar is a yellowish clear jelly. For this first class, I got to rub my fingers all over one half of the hard, slippery surface of the jelly. On the other half of the dish, I used clean, freshly washed hands. This experiment was to see how effective hand washing with soap is.

In a similar experiment, we left a Petri dish with the cover off on our lab benches for the whole class period. This is then closed and left in a cardboard box with a Petri dish that hasn’t been exposed to the air. Ideally, when we come pick this up next week, the open dish will have collected bacteria from the air and dust and there will be colonies in it.

In another experiment, we were given the option of either spitting or licking a fresh agar plate. I chose to tap the tip of my tongue against the jelly, which left a slightly salty taste on my tongue. The saliva spot is then rubbed all around the plate with a plastic loop.

We also practiced proper streaking streaking technique with some bacterial colonies. The dish from which we got small smidges of bacteria from was done with proper streaking. This process thins out the bacteria from the original dab and isolates single bacteria which form their own small colonies in a few days. This was really hard for me because I can’t see the bacteria that I was spreading around the plate, so I’d lose track of where my last streak was.

We also started a polymerase chain reaction (PCR) process today. PCR is used to make lots of copies of target DNA strands. The double helix of each DNA strand is pulled apart into the single stranded backbones. A mix of smaller enzymes are added to the solution. Each little enzyme will attach to the half strands, in A-C and T-G pairs, to complete it into the original double helix shape. In a way, you can think of this a doubling the number of target DNA strands each PCR cycle. In order to start the reaction, a short strand of DNA first is first attached to one end of the half strands. This short strand is called the primer and is also simply mixed into the solution. We also added a buffer solution that will help the DNA multiply and for the newly formed copies to stay together better. One interesting thing was that these vials need to be kept in ice buckets.