Love and Rage: My Experience Organizing for Environmental Justice

As a Caltech student, I obviously have a love for STEM. But for me, that love is incomplete without the bigger picture—the role that STEM can play in helping society. That connection between science and humanity served as the initial motivation for one of my primary passions: organizing for environmental justice.

I have been working with a group originally started in the UK called Extinction Rebellion (XR), an environmental justice group that uses non-violent direct action to demand the changes necessary to avoid the worst outcomes of climate change and to advocate for communities unjustly impacted by the crisis. I began working with XR through their Washington D.C. chapter, which consisted mainly of adults. Though I learned a lot from the adults in the D.C. chapter, the youth climate movement proved to be a much more motivated and welcoming space. Last October, I joined the Extinction Rebellion Youth US (XRYUS) national team doing outreach in cities and towns across the country. And here in Los Angeles, I began working with XRYLA, a chapter of XRYUS.

For XRYLA, I have been serving as the action coordinator, leading the planning for various protests and events. The first big action I planned was part of the XRYUS campaign against the institutions that fund the fossil fuel industry; in particular, we targeted banks, such as J.P. Morgan Chase, that give substantial financial support to fossil fuel companies. On Earth Day (April 23, 2021), XRYLA gathered in the financial district of downtown L.A. for a rally and march. We heard speeches from a number of local organizers, such as members of the International Indigenous Youth Council L.A. chapter, and handed out flyers to passerbyers. 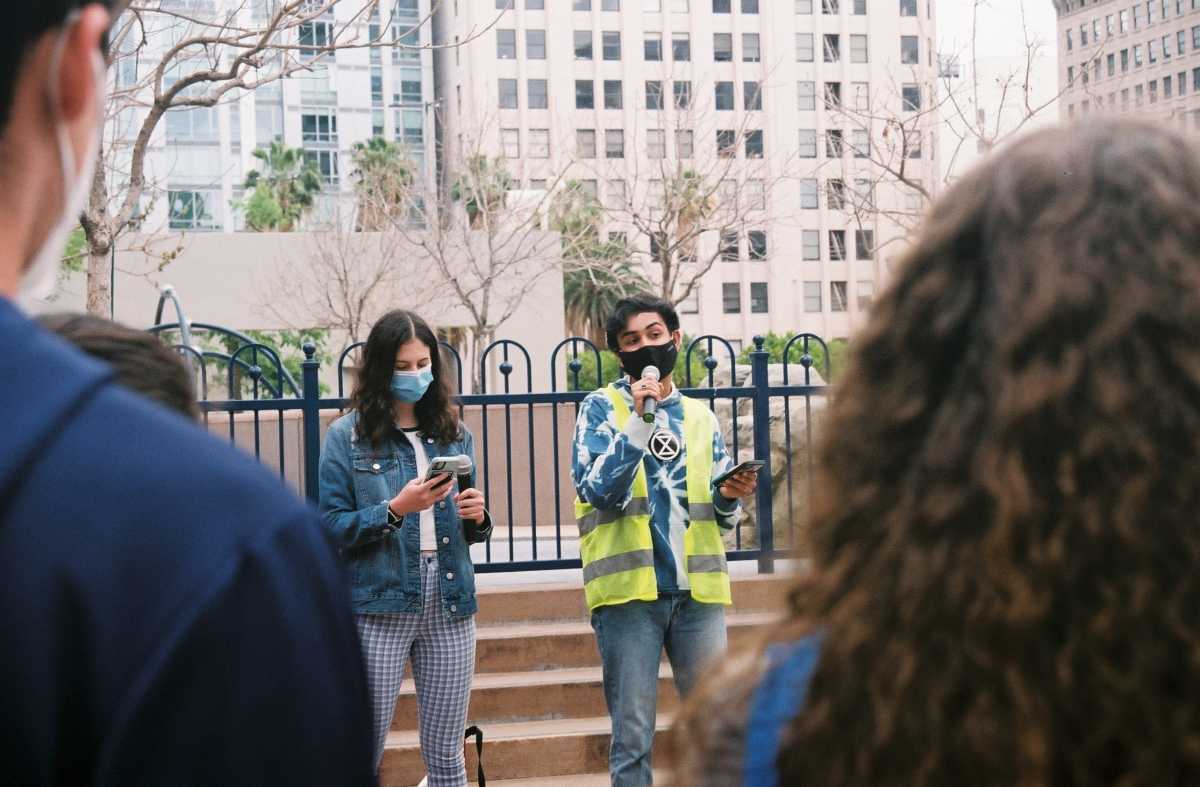 Me and my friend and coordinator of XRYLA, Dilan Gohil, giving a speech about the damaging practices of big banks.

The march ultimately culminated in a roadblock; we stood across a major intersection, blocking traffic for almost an hour while chanting and protesting for change. Cars were honking, a few angry people were screaming, and the police even made a brief appearance (though thankfully did not actually do anything). It was truly exhilarating, albeit exhausting, being out on the streets, losing my voice after screaming through a megaphone, for hours. Being surrounded by passionate people and taking a stand for something I believed in was one of the most fulfilling experiences of my life. 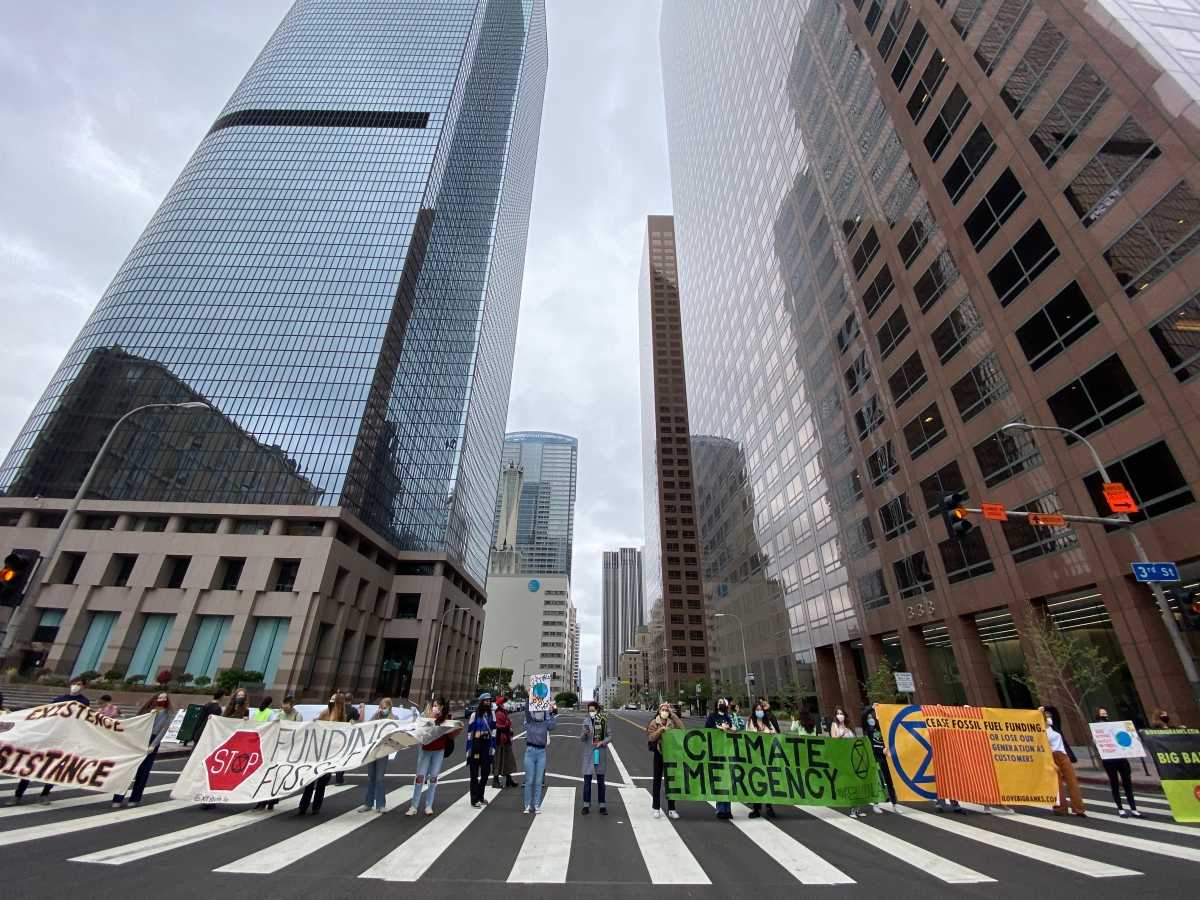 This roadblock action is one of many examples of what XRYLA does in the L.A. area. We also raise money for mutual aid, speak directly with government offices such as the L.A. Department of Water and Power, create art, support Indigenous organizations, and educate the public on environmental justice issues. Through my work with XR, my perspective on climate change has evolved. The scientific lens from which I originally viewed the climate crisis quickly dissolved, giving way to a perspective that addressed race, class, Indigenous knowledge, and science altogether. Though I’m still a Caltech undergrad infatuated with STEM and still intrigued by the science behind climate change, environmental justice has, for me, become much less about the environment and much more about the justice. As XR members say:

With Love and Rage,