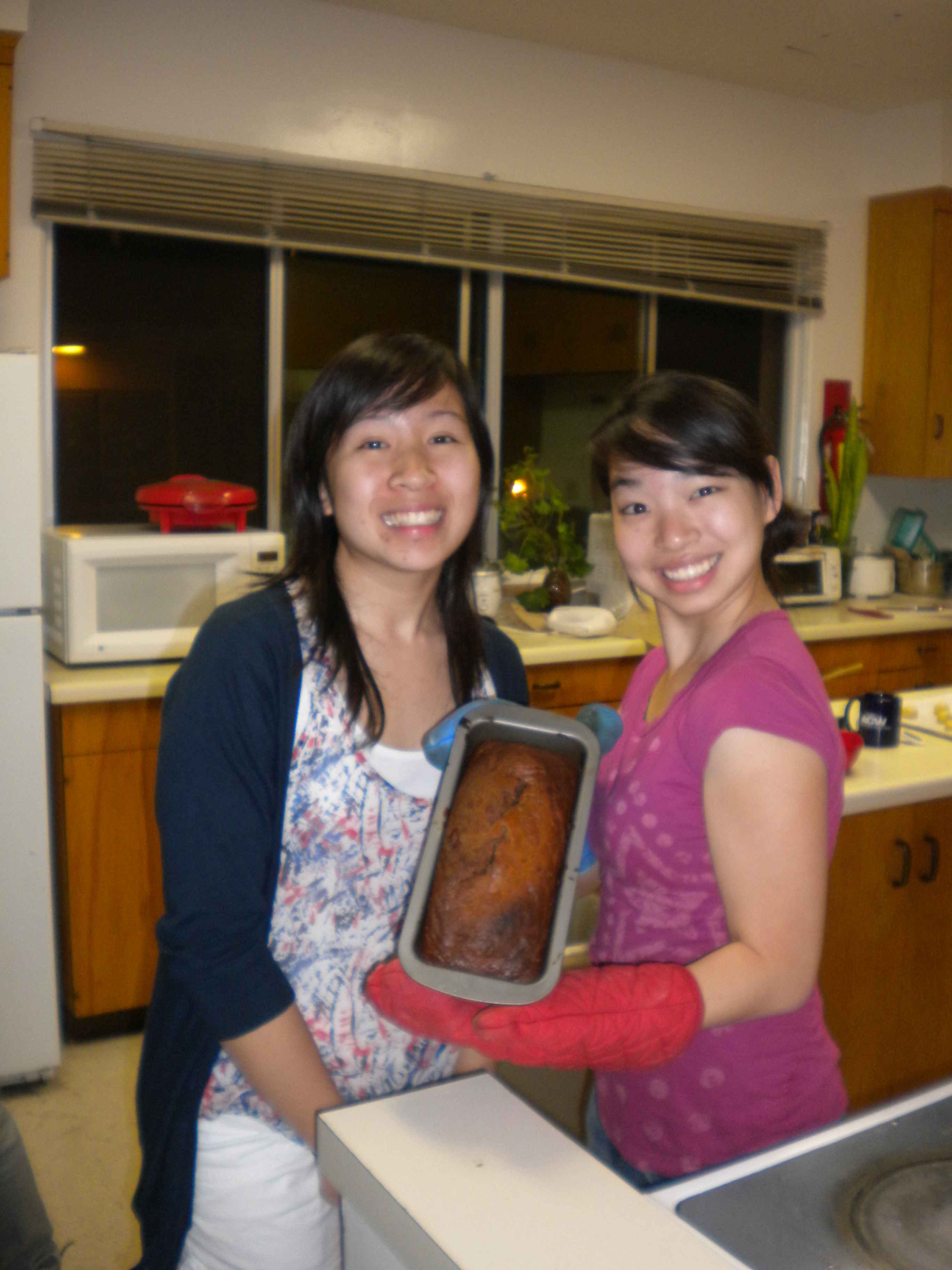 Mannion Food, Bumming at the Beach and Karaoke!

Hey,Okay, I have a reason for being so behind with stuff. The last two weeks of SURF were pretty hard. I was in lab until 8- 10 pm each night and I had to go in on the weekends in the morning and in the night. So yeah. I have a reason for being so fail. Anyways, I still want to catch you guys up with some of the fun stuff I was able to do before my summer at Tech ended. The weekend of the 6th-8th was really fun! It was nice taking another break from lab and getting to do some fun stuff. On Friday I hung out with friends, on Saturday I went to the beach, and on Sunday I went to Little Tokyo. Fun stuff. On Friday night, I took some FSRI kids to Lloyd and I ended up talking with some friends. Some of them were baking! Here’s Sabrina (left) and Melissa (right) with their banana bread. Okay, it looks kind of burnt on the edges, but it smelled amazing. Throughout the summer, they have been perfecting their baking skills. A few days later I came back to Lloyd to see that Melissa had like 5 breads in her room. She was on a baking spree!

After an eventful day on Saturday, we had another fun day planned for Sunday. We went to Little Tokyo for some karaokeing. Wooo. But first, we had to get there. We made the about-a-mile walk to the metro station on Lake. As you can see, it was a nice day out and it was wasn’t too bad walking over there.