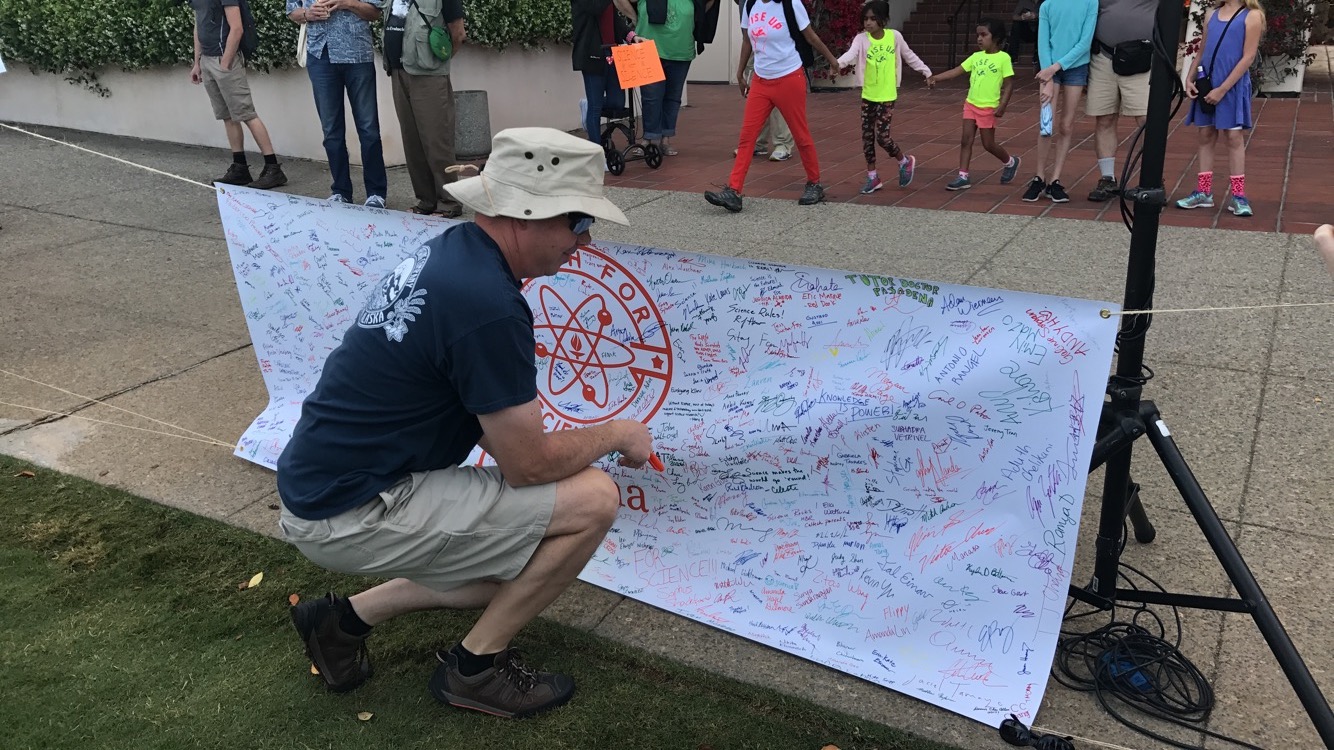 March for Science and other events

A few exciting things have happened on and around campus recently that I wanted to share with you :)

First, the March for Science on April 20th. There was a large event in Downtown LA, and a smaller one in Pasadena. Many people on campus chose to go to the larger March, and many people from the Pasadena community joined us on campus for our version. The March in Pasadena started at Caltech, on the lawn of the Beckman Institute, with a rally and speeches from local lawmakers (including Congresswoman Judy Chu, a CA assemblyman, and a local school board member).

The March started after an hour, and went about 2.5 miles to a park next door to Pasadena City Hall. There was a science fair of sorts there, followed by more speeches. I…had homework to do, so I didn’t stay for the second rally!

We also recently had an Art Night on campus. The Red Door Cafe is going to be renovated and so has moved temporarily to inside of the C-Store. After the move, the space was empty. Caltech Dining Services (and a few other groups on campus) have turned it into an art gallery, and kicked off the show with an art walk and live music. There was wine, cheese, and boba, and a ton of paintings and photographs by Caltech artists. There was also a four hour period of live music, which was fantastic! One of the campus a cappella groups (Fluid Dynamics) performed, as well as a few student groups.

And in news that isn’t exciting for the rest of campus but is personally exciting, I have finally managed to create something in ceramics class that is worth firing! I made this family of little bowls last week, and I’ve very happy with how they turned out, even if they are a little lopsided.

Here’s to more exciting non-homework-related things for the rest of term :)