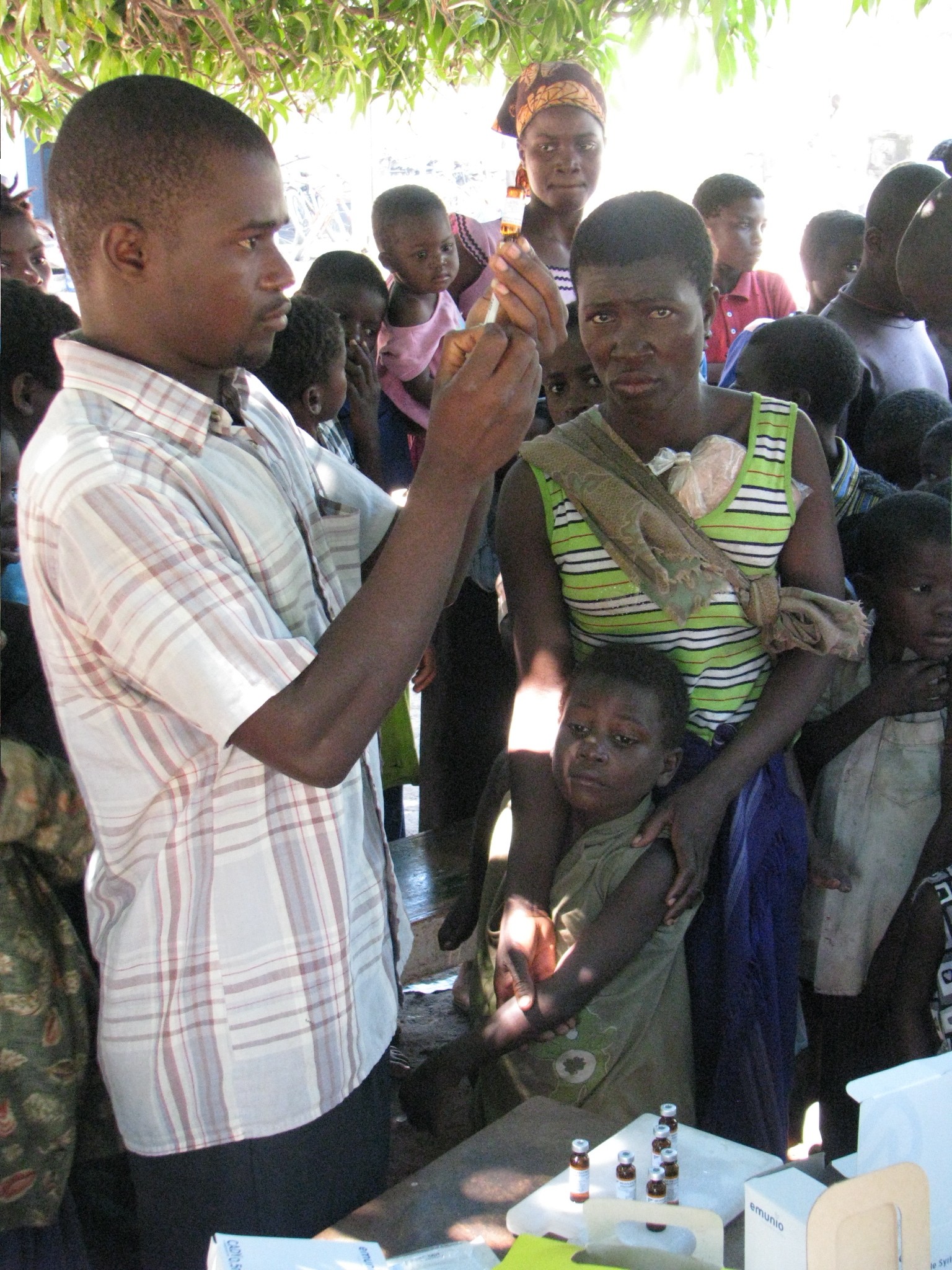 This week in Malawi the health centers are overflowing with children getting their measles vaccine. The Malawian government is trying to get every child without a vaccine to get one by tomorrow! Here is a quote from a Google News article: “Measles has claimed 195 lives since January [2010] in the impoverished southern African country, prompting authorities to launch a USD 4.2 million (Euro 3.3 million) campaign to vaccinate 6 million children. Kabuluzi said Malawi is facing “the worst outbreak in a decade”, with nearly 77 000 measles cases reported, mainly in cities and towns.” I’ve definitely seen children at Chiponde Clinic with measles. One of the problems with the measles vaccine is that children in Malawi are supposed to get their vaccine at 9 months and a booster at 4 years, but few seem to get the vaccines at the correct ages, leaving the children susceptible. Here are some photos from the measles campaign at Makwira Health Center:

You can see that there are tons of people and only a little order involved. But each child here will get a vaccine and have the date of the vaccination recorded in their Health Passport. The Health passport is a very smart tool for Malawian health care. Each person is responsible to carry their health records in a small notebook and to take it with them whenever they see a medical professional. At our malnutrition clinic we record height, weight, and whether the child is malnourished or not. We also record their number according to our own records so that a child who comes back to clinic will have their record updated instead of having a new record for every visit. The system of people carrying their own records works moderately well, except when Health Passports are lost, dropped in the mud, or swapped. The ideal system seems to be having each individual keep their passport and for the medical officials to keep their own records as well. Between those two sets of records it is likely that treatment is continued appropriately. Kate