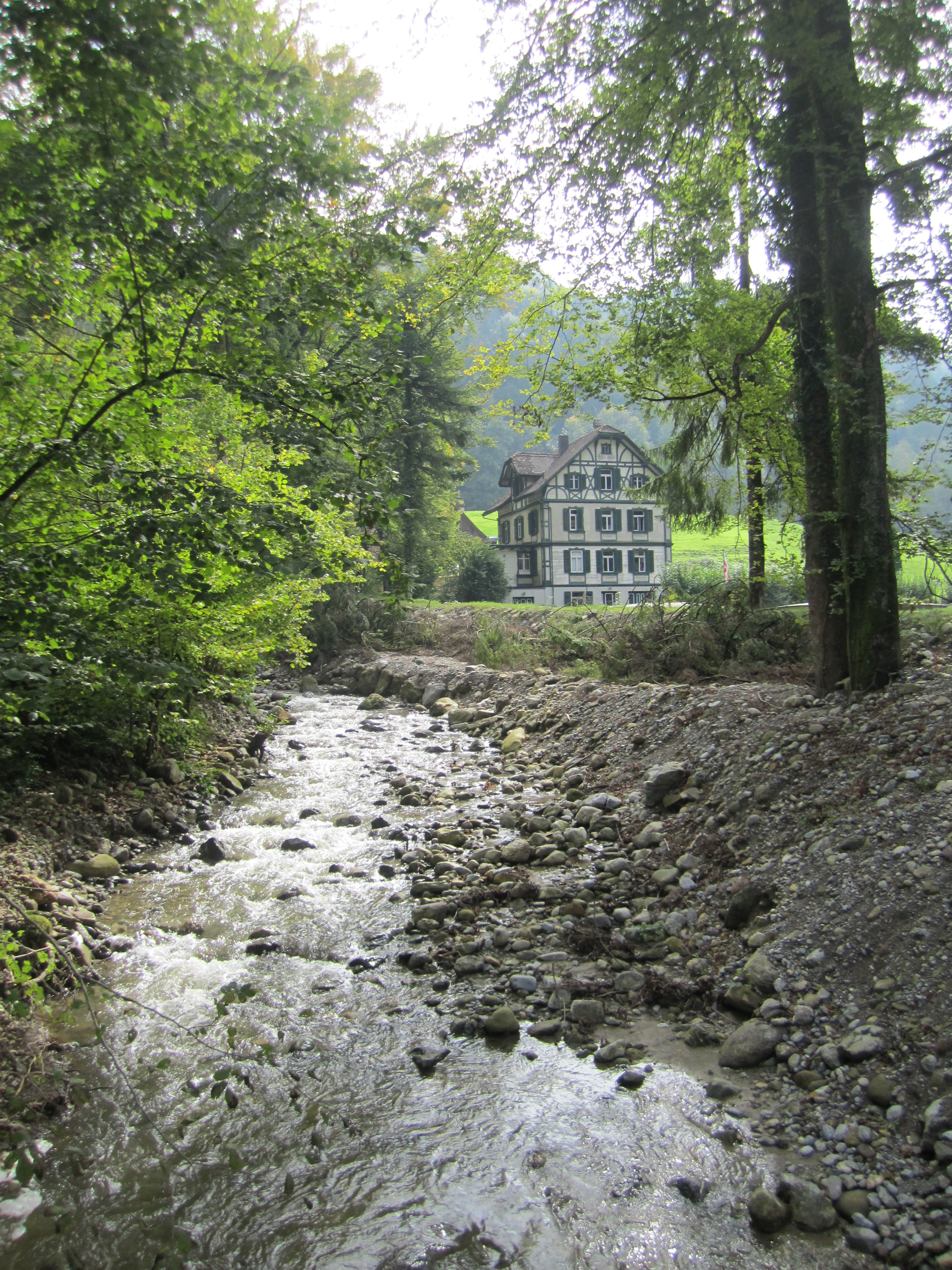 It was a Sunday, which means that most shops and things were closed, so we decided to go hiking instead. We took a bus and went to the nearby Hollgrotten Baar (Hell’s Cave).

It took about 40 minutes to hike out to the caves, but it was totally worth it.The scenery was nice and we even stopped for a picnic by the river for lunch on the way there.

For our picnic, Catherine and I split a Rivella, which is supposed to be a poular Swiss soda. I thought it tasted kind of like coke crossed with medicine. Not very delicious at all.

When we reached the caves, we had to pay a small fee to enter, and once we got in it was pretty dark and really wet. This cave was formed by calcareous springs and was discovered by miners at the end of the 1800s. Since it has become a tourist attraction, it has been marketed different ways. The first way was as Hell, so more of a scary, horror tactic. By the time we visited, the advertising tactic was to treat the caves like a fairyland, so more of a child-friendly, magical strategy. We saw signs telling us to look for the “magic fairy.”There were some spotlights set up shining in various colors on the stalactites and stalagmites. We could see a lot of different and weird-looking rock formations. Pictures really show it best.

Here are some stalactites lit from below.

When I used the flash on my camera, I could see that the rocks actually came in a lot of different colors.

Here are some that stretched all the way between the floor and the ceiling.

Since the cave was wet, many of the rock formations looked almost like mold.

When we got back to Zurich, we met up with Haffi, the university student who had shown us around the day before and he gave us a tour of his university, ETH.

In the CS building, where we saw a couch built around a really old and huge computer. It was really cool.

From the top of the building we could see a nice view of the city.

Next we went to Haffi’s house and ate dinner with him and his husband and played board games with them. It was nice to have a home cooked meal and to be in a home instead of in a hostel.

There were really cute miniature ponies living nearby their house. :) When we left, it was already dark and we got lost trying to find the bus stop. We saw an elderly woman walking along, so we called from across the street and asked for directions, but she ran away from us. I didn’t think we were so intimidating.

Eventually, we did make it back to our hostel.

Here is a picture of some of the public transportation we took. Maybe streetcar is the word for it? It followed rails set into the pavement.