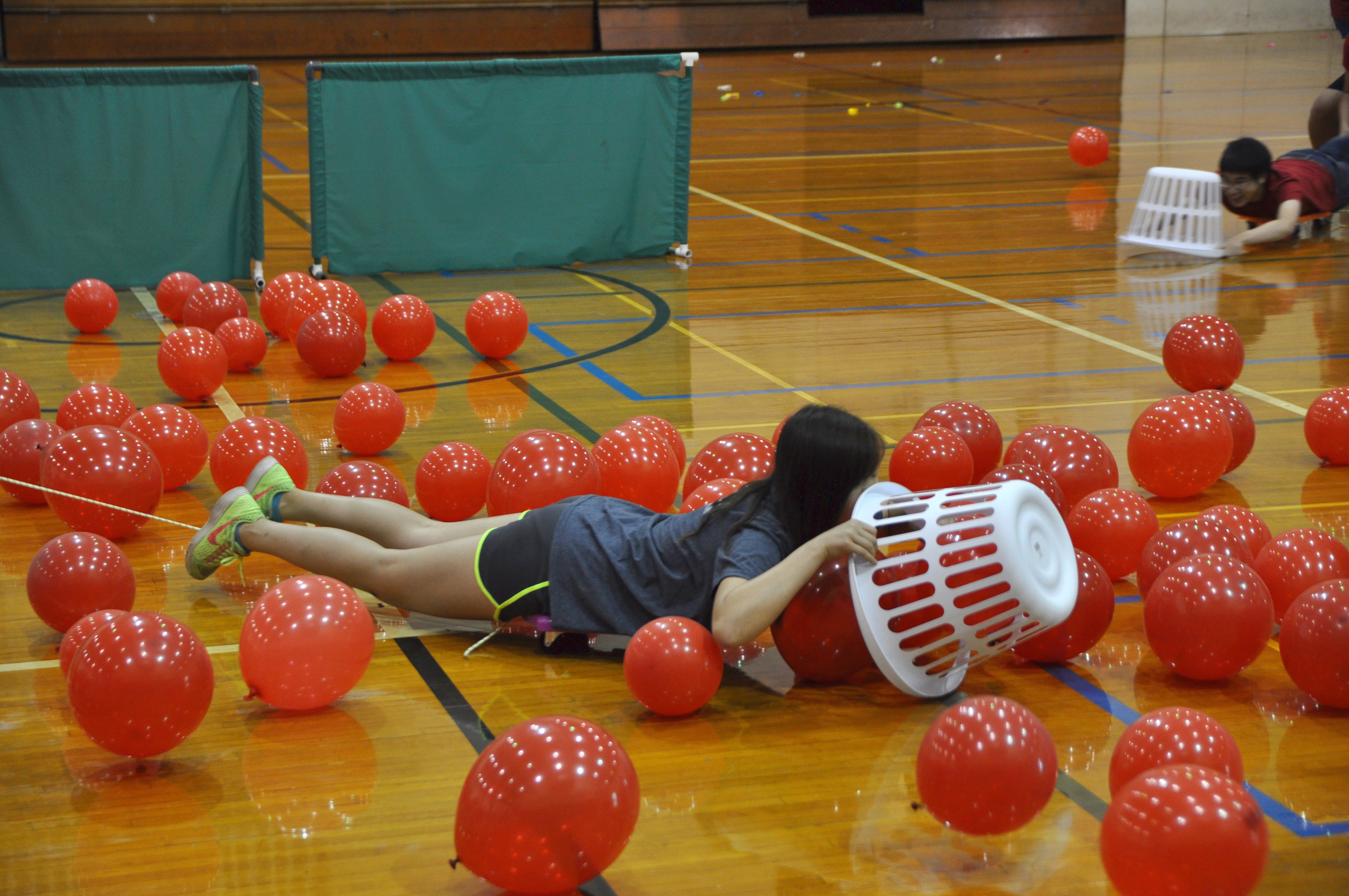 Hello friends, I tell people on tours that there are two bigtraditions at Caltech: Interhouse and Ditch Day. The former is a party that each house builds and hosts every year. The term “build” might be confusing. We build a dance floor, paint and put up large murals, and make lots of food all to fit a theme. In my time at Caltech, Avery House has done The Great Gatsby, Victoria’s Secret Fashion Show, and Studio Ghibli. I’ve written about other interhouse parties throughout the years.

Ditch day is my favorite tradition at Caltech. It all began long ago when the seniors would choose a random day to ditch school. The underclassmen (frosh) quickly grew jealous and as childish retaliation would prank the seniors’ rooms. (Pranking is another unspoken tradition at Caltech. We respect clever pranks, not vandalism.) In defense, seniors would stack furniture by their doors to keep frosh out. These “stacks” eventually became more and more elaborate until they became a combination of puzzles and games to occupy the frosh so that seniors could sneak away.

So now that I’m a senior, one of the things I’ve been thinking about a lot nowadaysis what I’ll do for Ditch Day. Here are some photos from this past one. I joined a stack about the XKCD comics, but there were four others in the house: Finding Dory, Legend of Zelda, Wicked, and Rick and Morty. They were allfantastic stacks and will be nearly impossible to outdo, in my opinion.

(Another tradition is to duct-tape seniors on Ditch Day if we see them on campus. They’re usually too fast for us and too strong for our duct tape, but we managed to catch Yubo!)

These are some of the seniors that planned the amazing stacks this year. (:

I have some ideas in the works, but we’ll see how they go! I can’t share too much here in case the frosh read this, you see, but look forward to posts about our fakes. Sometimes we fake them out before the real ditch day because frosh should learn to Go to Bed, Frosh; Ditch Day Is Tomorrow! (GTBF;DDIT - another traditional saying. It’s weird, I know.) keep lookin’ up, Jenny.