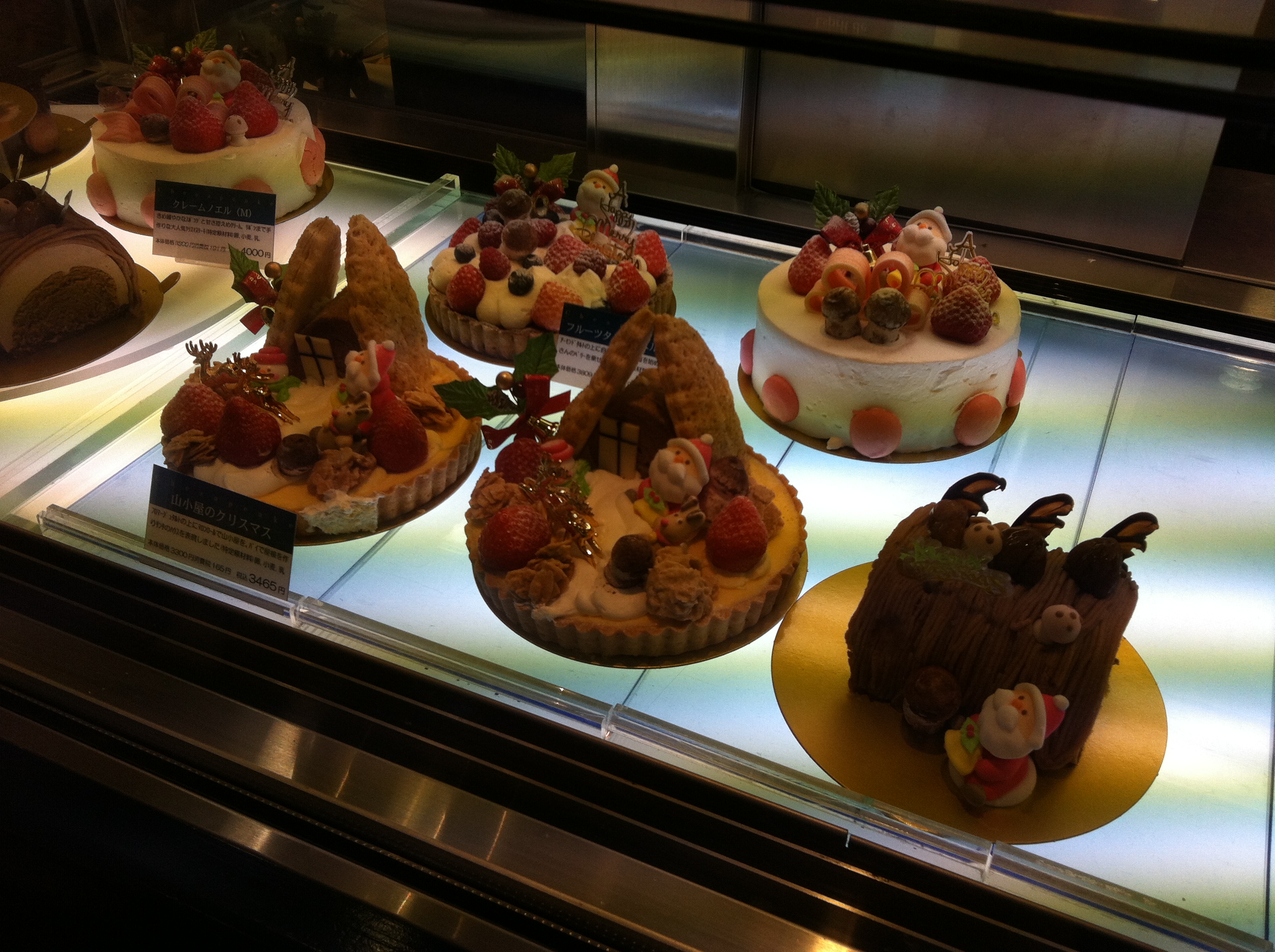 ….from Japan and from me, Megan L!

As a senior, I’ll try to give you (my readers!) insight into the typical schedule of a Techer and update you on my process of applying to graduate schools/jobs/internships. As the time gets nearer, I’ll also elaborate on what exactly Techers mean by “Ditch Day”.

But, I’m getting ahead of myself! Second term is still weeks away, leaving me with plenty of time to recuperate in Japan…. And so, from Japan, Merry Christmas! Although the majority of the Japanese are Buddhist or Shinto, thanks to the influence of the West, they celebrate Christmas as a secular holiday. So, while it isn’t considered a national holiday (meaning everyone still has to go to work and school :( ), there are plenty of Christmas decorations and Christmas parties all around.

In Japan, the “traditional” dinner consists a combination of grilled chicken, steak, and smoked salmon. This year, we did without the steak, but there was still plenty of food to go around.

And what kind of Christmas would it be without cake? Well, maybe not cake, but dessert. In lieu of the usual Christmas cake, we ate a Christmas-themedalmond-cream, fruit tart.

Before Christmas is another important day for the Japanese. December 21st is celebrated in Japan not for being the supposed “end of the world” but for being the winter solstice, the day of the shortest amount of sunlight. Being a very spiritual-based religious society, the Japanese believe that on this day the body is most prone to illness. Therefore, in order to combat this, the Japanese take what they call “yuzuyu” or “yuzuburo” – a hot, “yuzu” citrus bath. Bathing in general is a very important part of life in Japan. Even in apartments and condominiums, there is a dedicated bath room which consists of a bathing area and bathtub.In Japan, resources are more scarce than in America, so in order to conserve water they first “shower” in the bathing area to clean themselves then soak in the bathtub. I say “shower” since they only run the water to rinse off the shampoo/soap, instead of keeping it on the whole time like in America. Since the water in the tub is only used to soak, they then use this water the next day to do the laundry, making for an overall efficient use of water.

For yuzuyu, they float yuzu citrus fruits (sort of a cross between a lemon and an orange) in the soaking water. The yuzu is supposed to guard against colds by helping to improve the circulation of the body and relax the mind.

Although it may sound a bit like hocus pocus, it really is very relaxing and makes the skin very soft! Since it’s getting colder, if you have the chance, try a yuzuyu (or any kind of citrus bath if yuzu is not available) and keep warm!