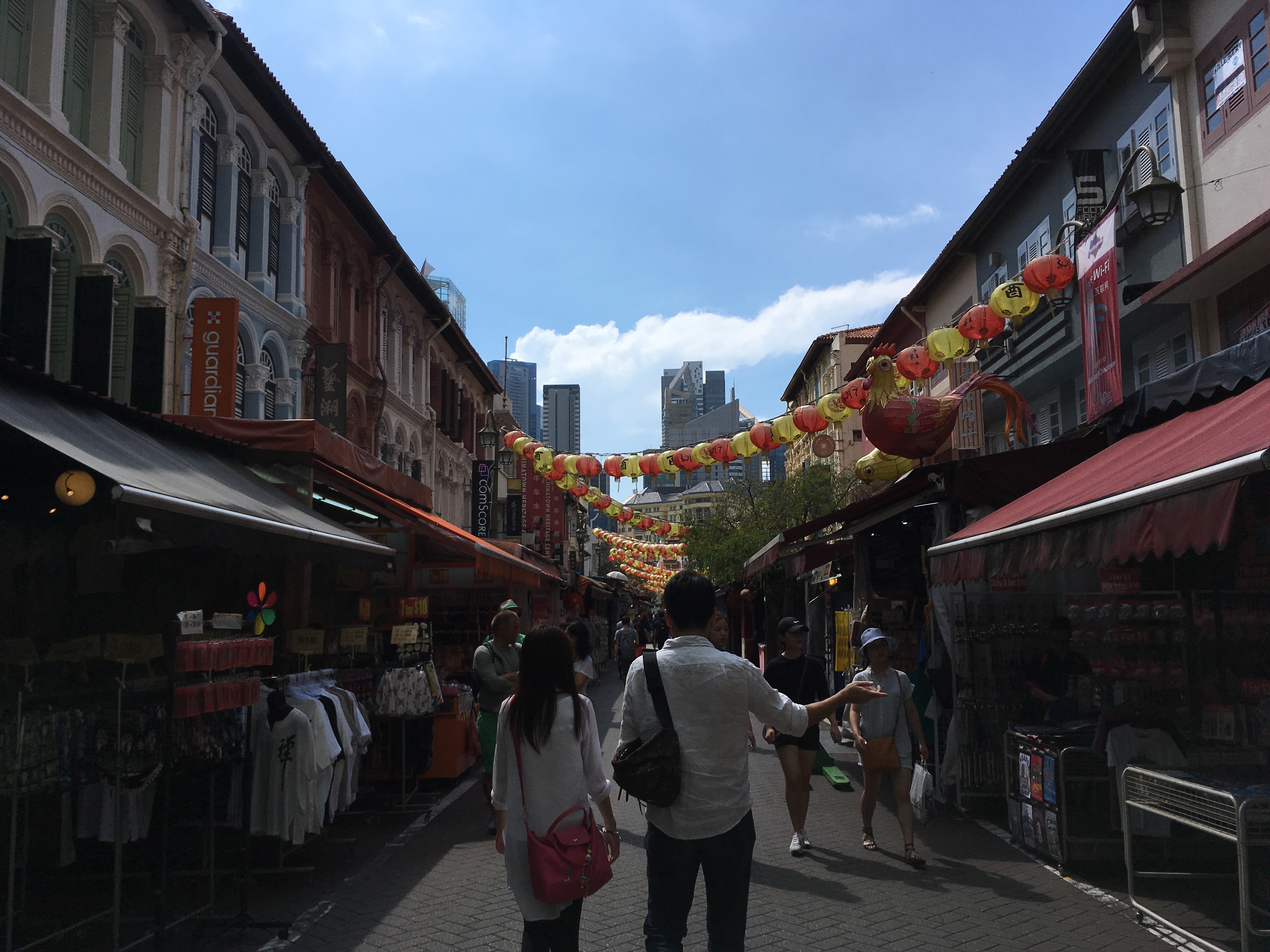 Singapore is home to a street stall that has been granted a Michelin Star: Liao Fan Hong Kong Soya Sauce Chicken. It was originally located in a hawker center in Chinatown, but now there are actually multiple outlets. There are air conditioned stores elsewhere in Chinatown, as well as in other parts of Singapore. Apparently, the head chef has now headed to Taiwan to open up a stall there.

We headed out early to take the subway to Chinatown, arriving around 11.

It took us to find the original stall, since we first ran into the air-conditioned outlet just outside. Even though it was just past 11, there was a decent line at the original stall that took about 30 minutes.

I got the classic soya sauce chicken with rice! There’s also an option to get it with flat noodles. I liked the chicken, but personally the rice was not for me. The sauce in the rice was a bit off. A few posts ago, I mentioned eating great Hainan chicken rice, and I would recommend that more than this.

Although it might not have been the best food I’ve ever had, it was my first time eating Michelin star rated food, and I’m happy I got that chance!