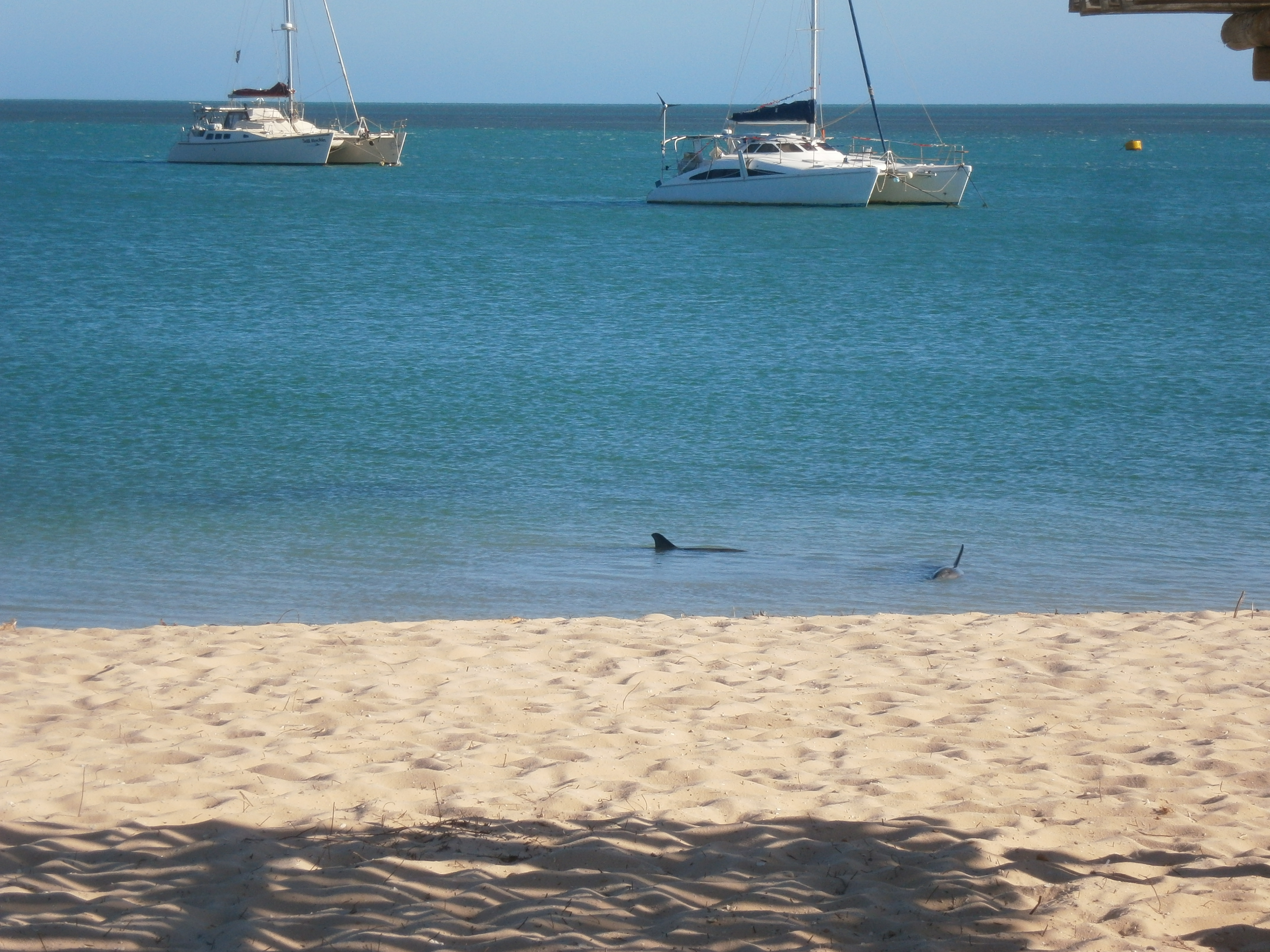 Monkey Mia and the Prince of Hutt River

Day 3 of the Western Australia tour was spent in Monkey Mia – a popular tourist spot famous for its bottlenose dolphins. These guys show up at the beach in the morning and whenever they feel like stopping by for free fish. Of all the dolphins in the area, only five of them, by now well known by the researchers on site, get a small snack so as to not mess too much with the local ecosystem.

Our tour joined a sail boat cruise that took us out to search for more of the sea’s magnificent creatures. We saw some of the dolphins from that morning’s feeding as well as several dugongs. I spent the rest of the day sitting on the beach writing up postcards.

Our last day in Western Australia was probably the most…interesting? Bizarre? Funny? You’ll have to tell me what you think once you read about it.

As our tour guide told the story, in 1970 there was a wheat farmer in Western Australia that had a lot of land and thus a lot of wheat and he wanted to sell, obviously, lots of it. But the Australian government put a limit on how much wheat he could sell and he wasn’t very happy about it. So he dug around the law and found himself a loophole that would allow him to secede from Australia. He named himself Prince Leonard I of Hutt River.

We drove into Hutt River Province, which, as far as I could see, had one post office, one government affairs building, one chapel, one gift shop, and one garage. We were welcomed into the small chapel where Prince Leonard himself told us very, very quickly all about himself, Hutt River, the chapel, the art decorating it, and the two royal chairs behind him in a rather monotone sort of voice. I was one of two native English speakers in the group (well, native enough), and I could barely understand him. The Swedish, German, and French girls just smiled and nodded per our tour guide’s instructions. When he was done with this first bit of talking, Prince Leonard invited us to sit in the royal chairs.

We went to the post office next, where the Prince showed off stamps, coins, royal medals, maps, and the Hutt River currency. He then personally stamped our passports, but not before showing us all the pretty pictures on them under the UV light. I decided that American passports were lame compared to the European ones and that the French passports looked coolest under the UV. As we moved past the flagpole and into the gift shop, Prince Leonard didn’t stop bragging about how awesome his little principality was, how awful Australia was, and how cool his car was. No big deal.

But my absolute favorite part of this tour was our last stop at Greenough Wildlife Park: