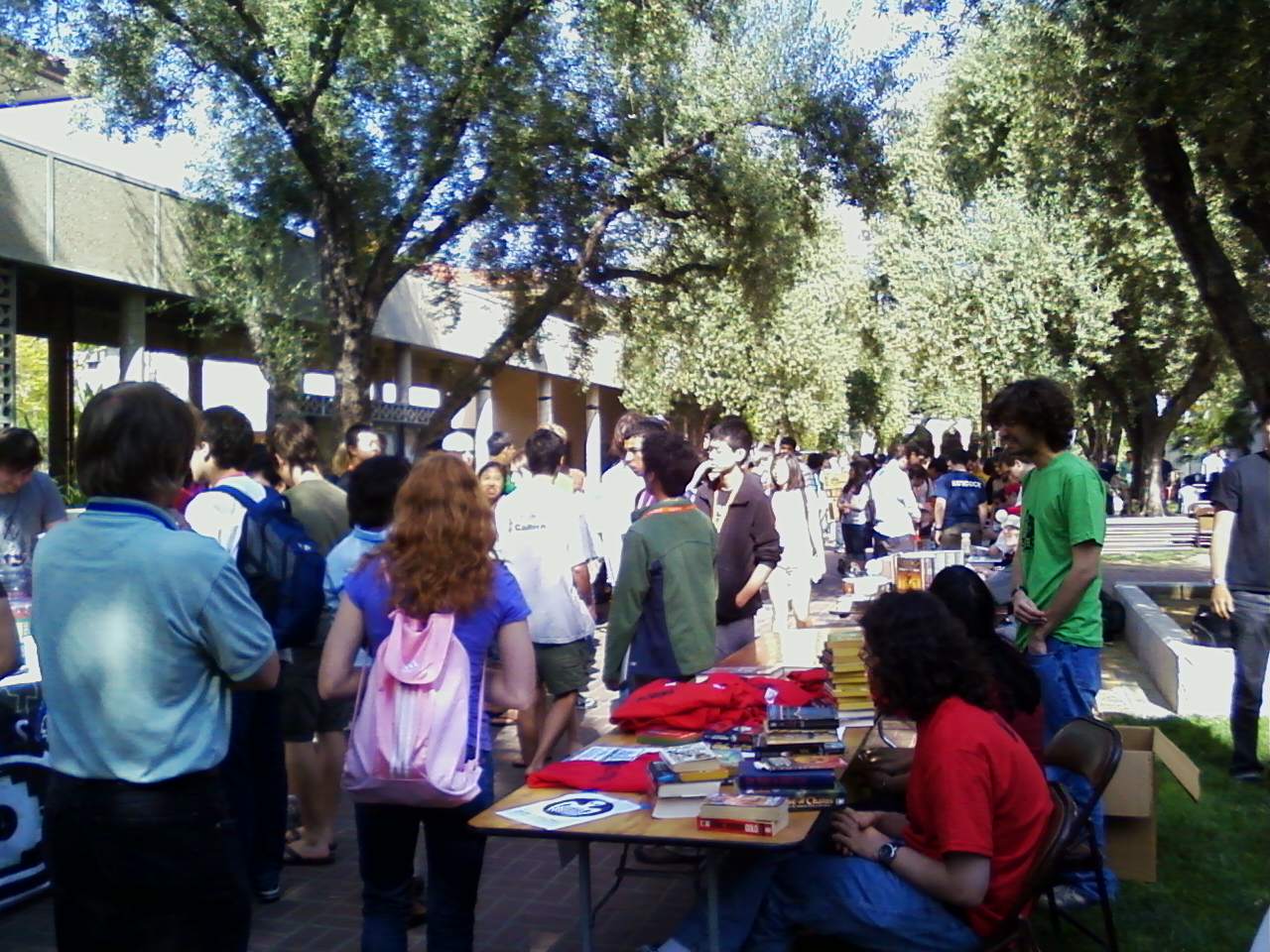 So Prefrosh Weekend is winding down now, which is very sad. I’ve enjoyed meeting you guys over the past few days! On Friday I was in charge of the Concert Band’s booth at the ASCIT Club Fair. ASCIT–the Associated Students of Caltech–is our student government, and they help fund a large number of the clubs on campus. Therefore, for the prefrosh, they organized the fair so that all the interesting organizations on campus had an opportunity to present themselves to a new generations of impressionable Techers.

So if you were around for Prefrosh Weekend, you know that there was some confusion as to how long the weekend’s events were. Unfortunately, a whole bunch of prefrosh left early on Saturday morning…but for those that stuck around, there was a full day of events planned. I know about this from emails; I spent almost the entire day getting dinner ready for pretty much the entire campus.

Winter term my freshman year, my house president approached me and asked if I’d be interested in taking a special vegetarian section of the popular cooking class. While at first I was hesitant, I soon realized what an amazing opportunity it was and joined. After having taken the class, I was completely hooked, so now I am a cooking class TA.

Being a cooking TA also means I get to help provide food to my fellow classmates. Why is this at all fun, you ask? Why slave over a hot grill for 6 hours cooking ears of corn? Call me crazy, but it’s a great feeling to know that you’re partially responsible for bringing people together over the most universal interest: food.

Of course, post-dinner is my absolute favourite part of cooking…clean up. It was made slightly more enjoyable by the music and comedic stylings of Grand Buffet, making their reappearance at Caltech after opening for Third Eye Blind earlier this year.

Now, more than ever, I miss actually TAing the cooking class–I did it first term, but since it changes days (from Tuesday nights to Wednesdays and then Thursdays), I haven’t been able to TA since. I’ve hear along the grapevine, however, that there might be enough interest to have another vegetarian section–and that I’d love to TA! In any case, it’s going to be hard to go back to normalcy after the excitement of Prefrosh Weekend (of course, that’s also what I said after going to Disneyland last weekend!). I hope that everyone who came got to know all about Caltech and is psyched to be part of the class of 2014. And, of course, if you were unable to make it, please give the admissions office a call, make an appointment to spend the day here, or just ask your questions in the comments.