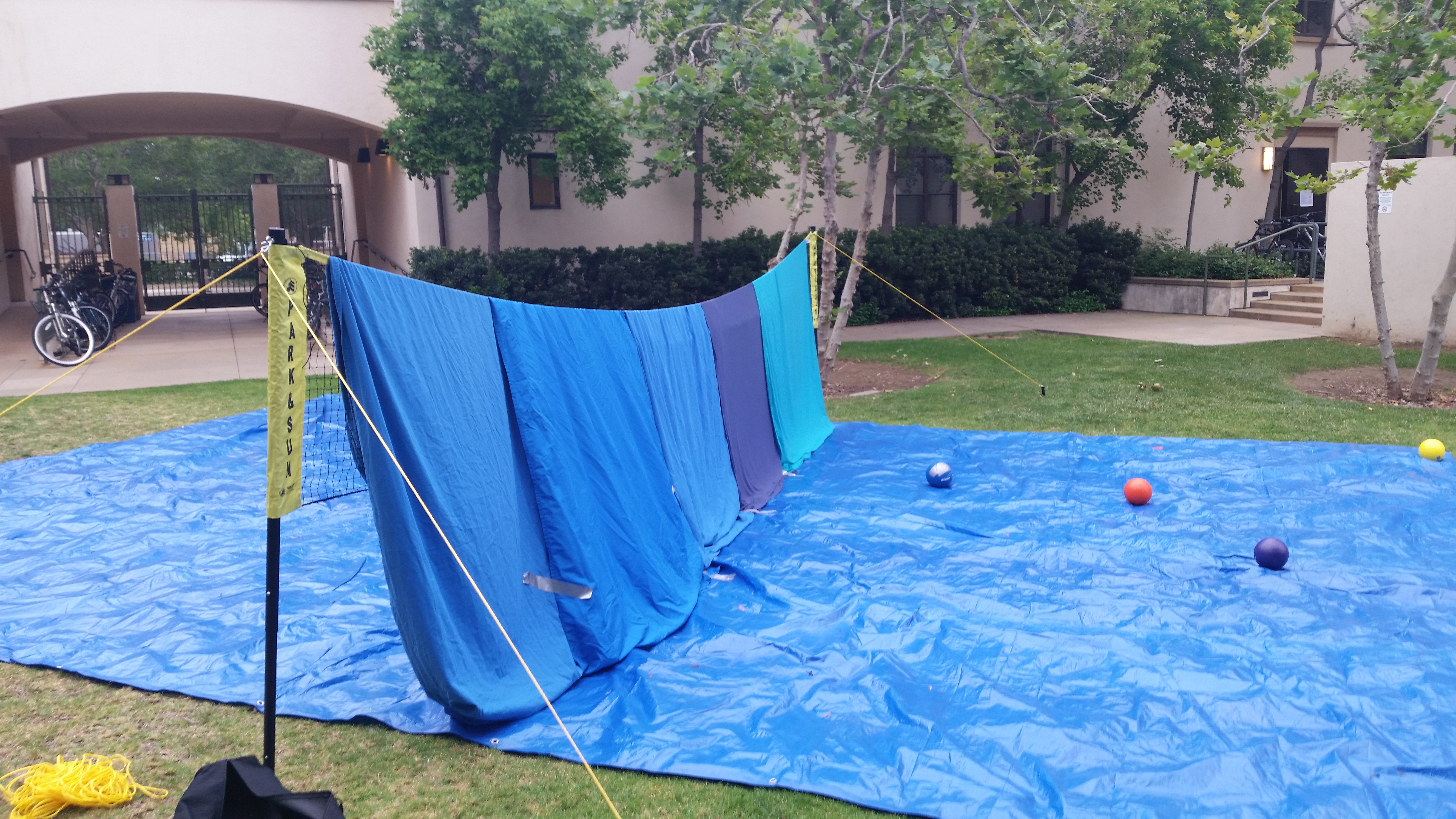 Well, I just posted about Ditch Day, what better than to talk about my firstFake Ditch Day!

For reference, at the conclusion of Ditch Day, juniors become seniors and seniors become “ghosts.” Thus, while Ditch Day is an institute holiday,FakeDitch Days are simple days of hour-long activities planned by the seniors (keeping in mind that the “senior” nomenclature is synchronized to the Ditch Day year rather than the calendar year). On a fake ditch day, the same pots-and-pans banging-and-yelling goes around the house at 7:30, and stacks start at 8, but they generally end a little before 9 with some refreshments so that participants can go home, de-yuckify and go to class. Since classes aren’t cancelled on fake ditch days, there are generally very few participants, and the seniors are a little bit more courteous about not forcibly trying to wakeeverybody up; in Avery house, an ‘X’ on your door indicates you would prefer not to be woken up.

The “Day after Tomorrow” is exactly what one would expect it to be; it is a fake ditch scheduled immediately after Tomorrow, the real Ditch Day. In our case, since Ditch Day was held on a Friday of a long weekend, the Day after Tomorrow actually went down on a Tuesday. The fact that a chronic characteristic of a Caltech student is procrastination meant that the Tuesday after a long weekend was anexceptionally bad time to ask people to wake up early, but for the sake of tradition some sort of fake ditch day had to be done.

The seniors scrambled together some planning in the week leading up to Ditch Day, and on Saturday the planning began in earnest. We planned for there to be two stacks, one board-game themed and one arcade-game themed. A good use for fake ditch days is to figure out who really cares about planning such activities and who has different sets of priorities, and also to figure out who cooperates well with who, who does what well etc. This weekend, alot of people happened to be busy, and two core members fell ill, so what was supposed to be a 7-8 man effort on our stack fell down to four seniors organizing. Thankfully, one alumnus who happened to still be around came down to help us, and so at midnight Tuesday morning we began work.

Students would sit down and remain immobile for the game, and take turns throwing volleys of dodgeballs, trying to hit every member of the opposing team out. Below were the two rounds we played before somebody “accidentally” tore the net down and a 10-minute game of just regular dodgeball ensued:

Our second game was a mashup of Risk and Capture the Flag. It was a turn-based game like Risk, but we would have the students try and capture a “flag” and bring it back to home base. Unfortunately, since we were short on people (as mentioned, Day after Tomorrow is notorious for having low attendance), I wasn’t able to take an in-action shot and could only get a setup shot, but it should give you an idea of the scope of our preparations:

As you can see, everybody is holding their own little die, a familiar phenomenon for anybody familiar with Risk. A big chunk of our preparation time was spent making these dice. Initially, we wanted 3’x3’x3’ dice, but the boxes proved prohibitively expensive, so we settled for 4”x4”x4” versions.

While there weren’t too many people who showed up, I had a lot of fun preparing for and organizing the event. This event coincidentally was my first all-nighterever here at Caltech, since the same night I had to do a physics lab pre-lab assignment and write up a set for which I only knew nebulously the solutions, but it was totally worth it. I ended up staying awake for a full 39 hours, since I had another hard set due the next day, but it’s an experience I’d gladly repeat and intend to repeat again (barring better organization and planning…). It is just so much fun constructing things, and even if few people show up you have a product that you can point to and say “I helped set that up.”

I can’t wait for all the fake ditch days coming up this year, let alone the true test that marks my final day as a Caltech senior.