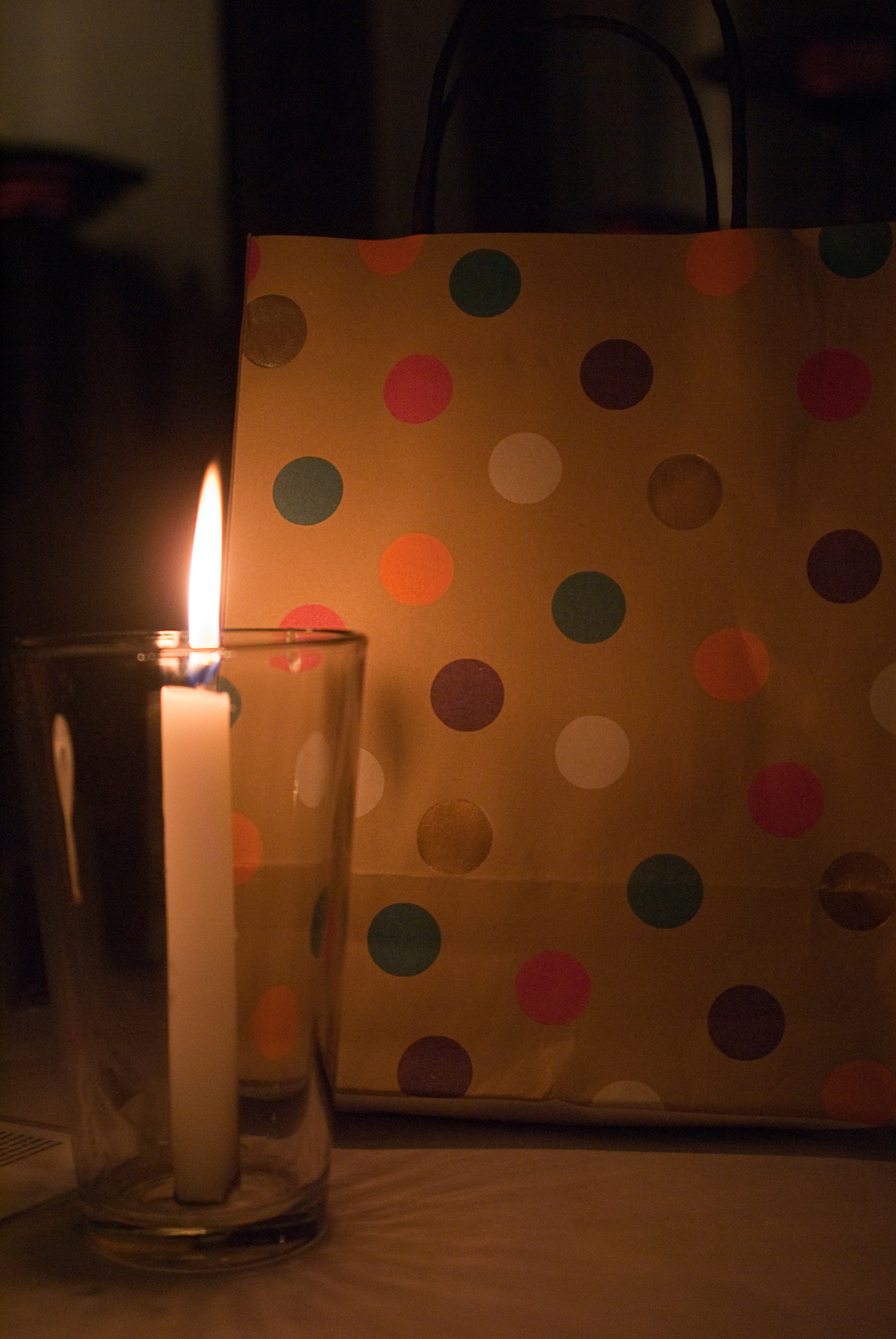 Sally is my lovely roommate. A week ago, a few of Sally’s best friends started conspiring to surprise Sally on her birthday, which is February 9. For scheduling reasons, we decided that we’d throw her a surprise birthday party on January 30, yesterday.

An unanticipated benefit of throwing Sally’s party two weeks early was that Sally actually had no clue that anything was happening.

Usually, surprise birthday parties surprise no one. On the day of the party, which is usually within a few days of the actual birthday, roughly thirty people hide in a dark lounge with a cake. A close friend of the birthday guy/girl does their best to coerce the honoree into entering a random lounge for no apparent reason. This random lounge’s door will be closed (always a tip-off) and dark, and there will be periodic giggles piercing an unnatural silence. Surprise? Sally’s super early party was a completely different story. The morning of the party, I woke up, rolled out of bed, and said “Happy birthday, Sally!” When Sally pointed out that her birthday was in two weeks, I claimed senility and went back to sleep. I came back from lunch with a bag (Sally’s present), and she wanted to know what was in the bag.

When Sally saw her friends congregated at the restaurant Saladong, she thought it was a happy coincidence. Cha-ching! That’s how you throw a successful surprise birthday party.

Dinner at Saladong was followed by shopping/girl’s night out at Old Pasadena, and then a few hours of Lloyd Interhouse. The dance floor was packed– I couldn’t move without accidentally brushing up against another person’s butt. I hope another blogger took pictures of the party, because the construction and artistic murals were very cool