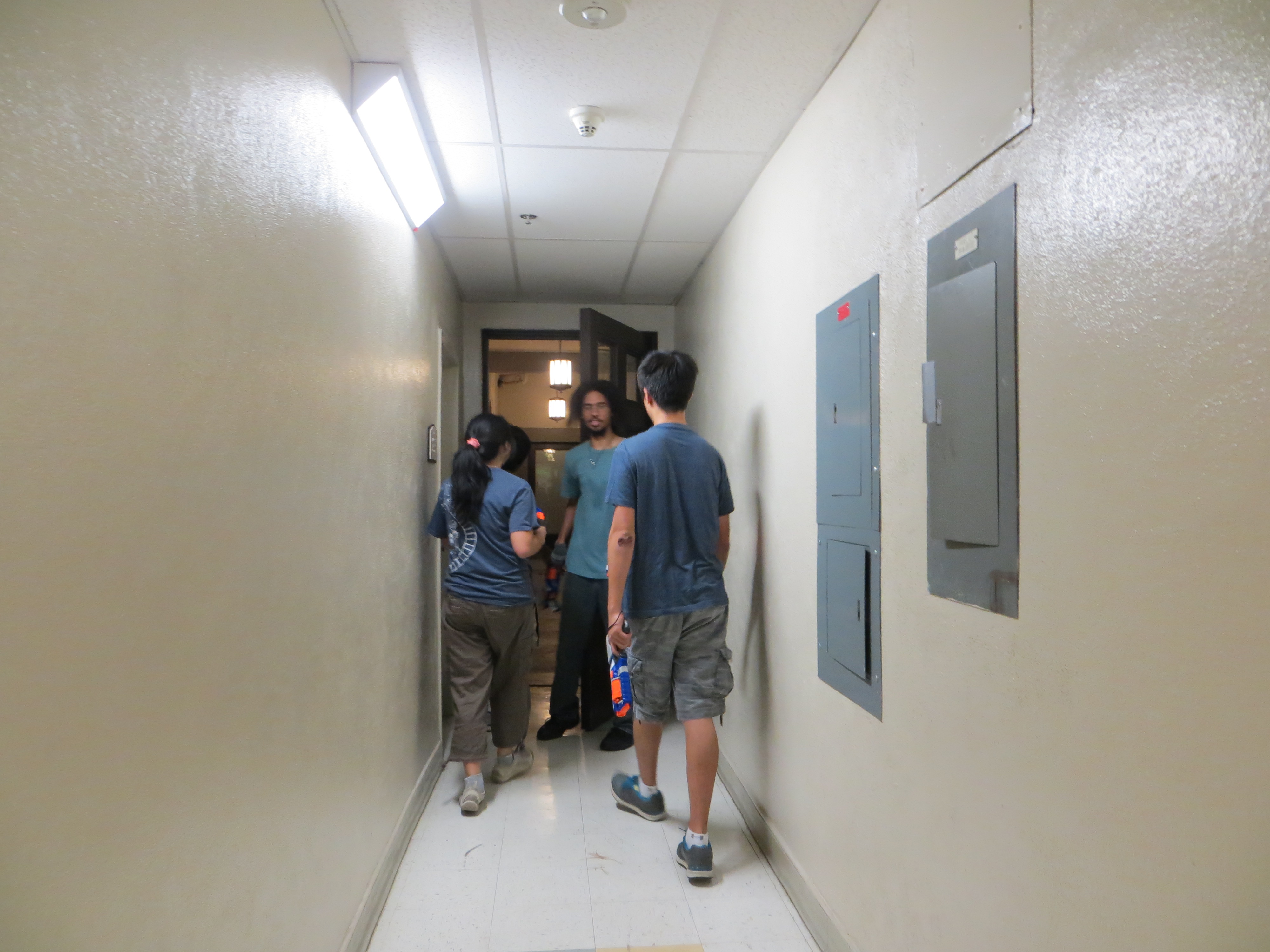 We had another NERF war yesterday in the South House basement! The basement is shaped roughly like a figure 8, with a courtyard in the middle of one of the loops. It’s where the South House laundry room, DDR room, Physics 8 lab, music rooms, group study rooms, and various South House storage rooms are located. Since it was a weekday, we only played for around an hour in the evening. Playing NERF in the SAC generally doesn’t disrupt anyone, and we usually only see people walking to the laundry room. This time, some other people were about to play laser tag in the SAC, so it was confusing figuring out which people to target!

Here’s some photos, all of them taken by Nancy Cao.

When we have NERF wars, we usually try to make the types of NERF blasters on each side roughly balanced. There’s a few different “classes” of NERF blasters that people have, roughly divided into small (eg. single or a few shots before reloading), clip system (holds between 6-25 darts depending on the clip size), and semi/full automatic. In the picture above, the NERF blaster on the right is the Hailfire. It’s semi-automatic, meaning you pull the trigger each time you want to shoot a dart. It can actually hold a maximum of 144 darts. The main drawbacks with the semi/full automatic blasters is that it takes takes some time to completely power up the flywheels to shoot the darts and then makes noise for as long as you have the flywheels turned on and ready. (The older fully automatic NERF blasters, the Vulcan and Stampede, did not have these problems since they didn’t use flywheels. But they also don’t shoot nearly as far unless you modify them.)

We played a game called “payload”. The shopping cart was filled with heavy objects, and one team had to push it from a start zone to an end zone. The other team could push it back though, and the cart moved pretty slowly.

On a side note, since NERF has recently released some new blasters, we seem to be having a NERF arms race. As a whole, we seem to be accumulating semi and fully automatic NERF blasters, like the Vulcan (older) and Rapidstrike (just released). By the time we start fall term, we’ll certainly be prepared for any zombie apocalypses…

(that is, assuming zombies are stunned by foam projectiles - we do plan on playing Humans vs. Zombies, or HvZ, which is pretty popular on many college campuses)