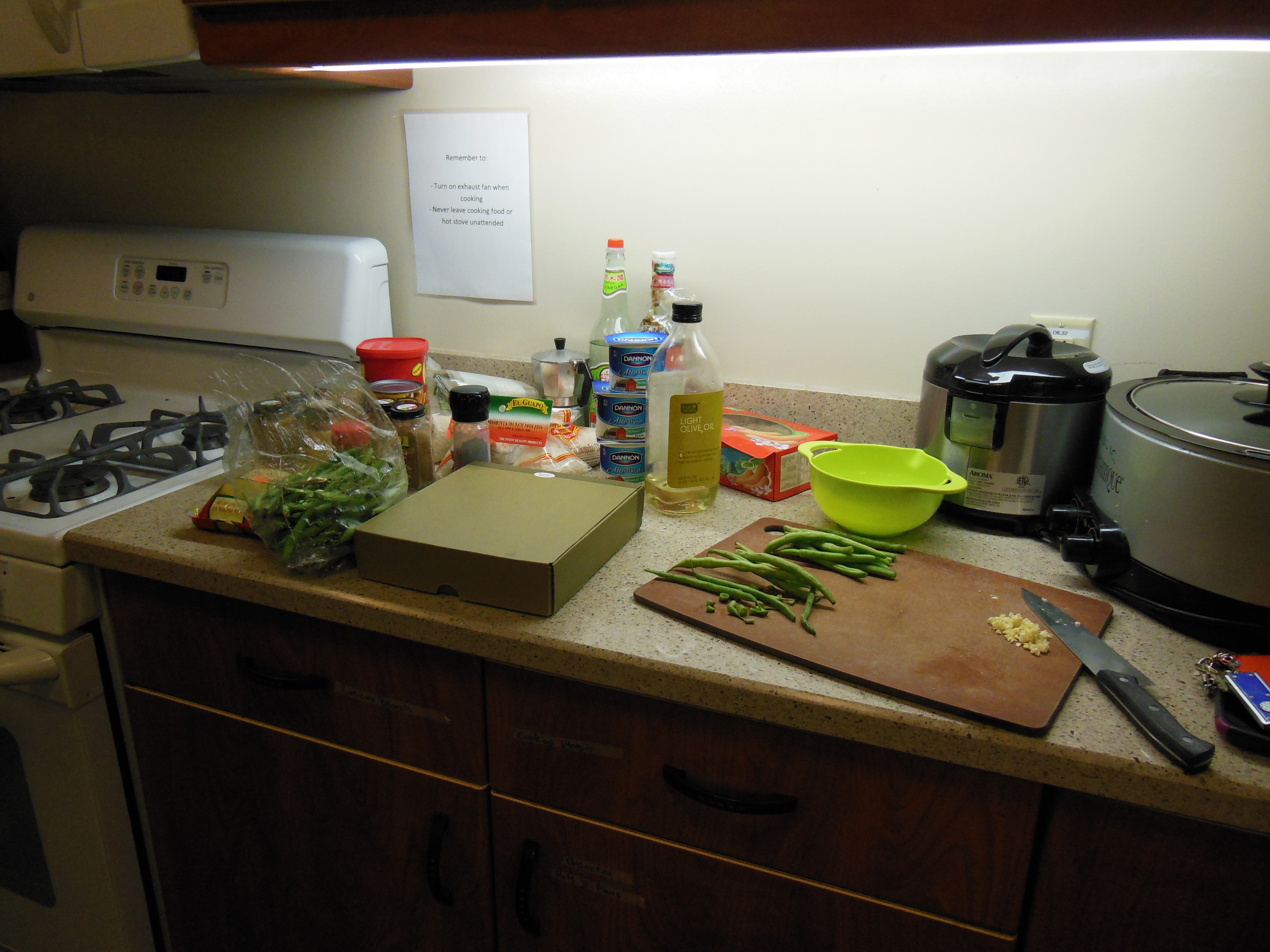 Roommate N found some free canned beans lying around, which obviously meant that dinner that night was beans. I don’t remember what sorts of beans they are; all I knew was that they’re not your reguler old black beans or pinto beans or kidney beans. Anyway, Roommate N wanted to make Indian-style curry, and so we did. We didn’t have a recipe for Indian-style curry things, so Friend N just went by the “probably legit” way of cooking. We first stir-fried the beans with some string beans, then added a large number of spices and herbs that’s lying around the kitchens/we bought some long time ago. Some things added include: yogurt, cinnamon, curry powder, cumin, and crushed cashews. I think this dish has the greatest number of ingredients we’ve put into anything we made so far…! Here’s a photo of a stash of some of the things we used: The finished dish:

The dish ended up tasting… not very Indian curry-like. I think we didn’t add enough spices or something, because the yogurt’s taste is quite overwhelming. We have a tendency to underspice things because we’re afraid of over spicing, but now the combination of spice in this dish just kinda tastes… weird. Not sure how we could’ve fixed it. Protip: Use a recipe if you’re making something complicated. ** Oh well, the dish was still edible though. ** Final verdict: acquired taste/10