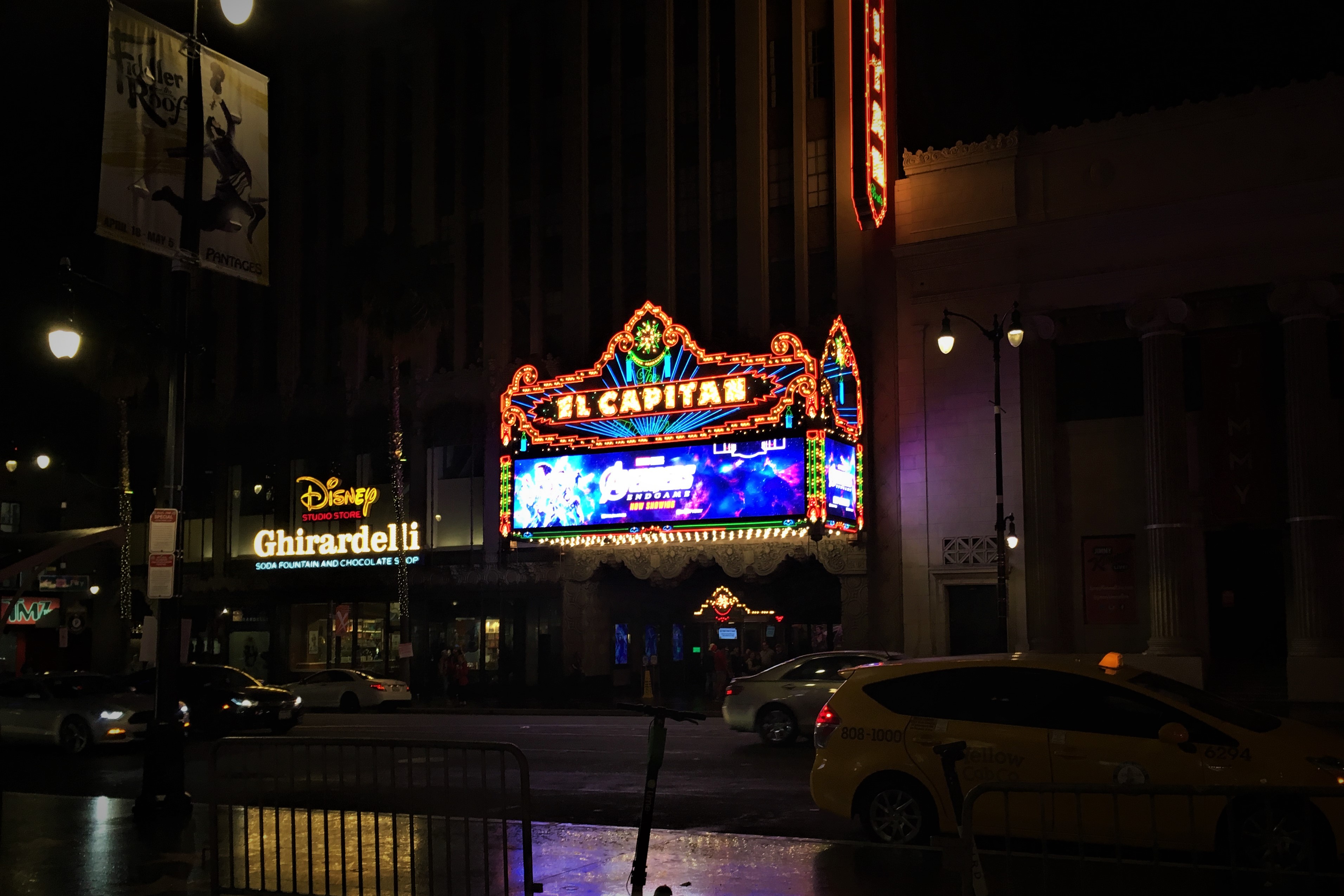 Other oceanly characters who have made the trip out to the Caltech blogs for a brief respite of fun under the sun (or fun at the behest of a written blog post). We’re under a sea, I guess. It’s raining in April and late at night. But the weather works in mysterious ways as do the ways of the world in general. I’m up late tonight. How late? Very late. Approximately 3 AM if we’re being totally precise. And that’s because I might or might not have gone to see Avengers Endgame in Los Angeles at 11:25 PM.

This wasn’t any old trip to the movies though, this was a grand trip to Los Angeles! To Hollywood! And to El Capitan theater! This theater is on Hollywood boulevard, directly on the walk of fame. This is an area that I hadn’t been to in about 6 months. It’s hard to park around Hollywood so as a result it’s more convenient most of the time to just dodge the area. El Cap is a beautiful restored theater and it’s operated by a subsidiary of Disney which means two things: first, there are only previews for Disney movies. That was pretty cool, and much more rewarding for watching the movie. And second, they had props!

In the basement of the theater there were original costumes and props for Avengers Endgame. Everything from the infinity gauntlet, Captain America’s complete outfit, and everything in-between. This was the first real time I’d seen a lot of different movie props outside of a museum, and so it was very unique.

I’m not going to give away any spoilers, but the movie was excellent – albeit with a pretty shoddy science background that all of us at the theater got a pretty good laugh in. It’s always cool to see “advanced science” in movies that’s required study by the Caltech core and is 100% inaccurate. And the real highlight? Instead of the pre-movie shows that they offer at most movie theaters, there was a live organist playing out classic tunes from famous movies. Now that’s something you only find in California. That, and people shouting and clapping for every moment in the movie.

And shout out to the forever man, Tom Mannion for inviting me to this grand occasion. Endgame was one of the movies I wanted to see the most this year and the entire experience didn’t disappoint whatsoever.