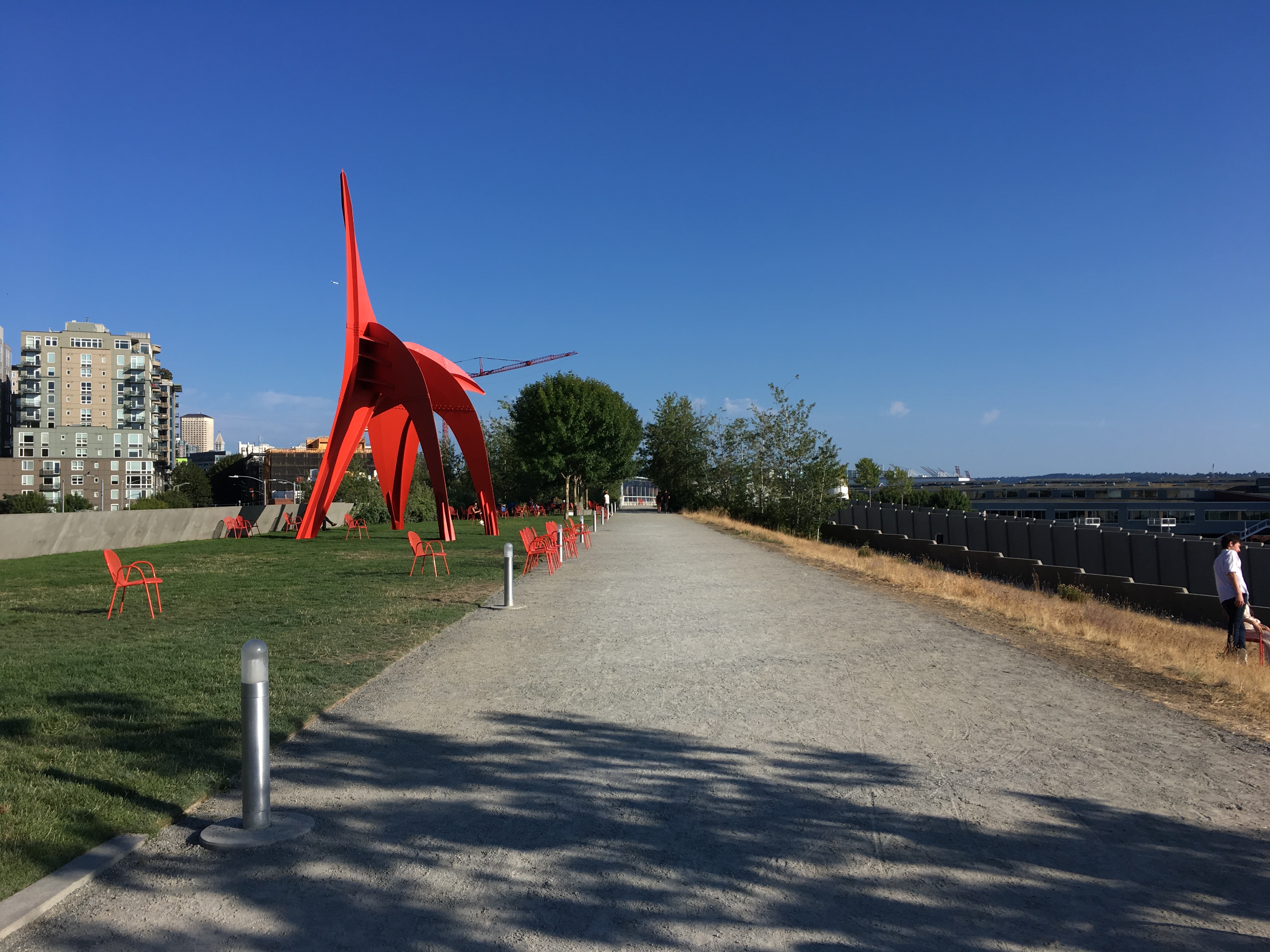 Olympic Sculpture Park is located in southwest Seattle, close to downtown but a bit more to the west. It’s a park open to anyone, and there are huge sculptures just located along the park trail. The trail starts up pretty high above the water, but as you keep walking down past some train tracks, you can start to walk along the coast. The only thing is that when you’re trying to leave the park from the coast side, you have to be conscious about where you can cross the train tracks again. I ended up walking a lot longer than I planned to because I couldn’t find an exit!

Behind this statue, you can vaguely make out a dock. There are a couple places to eat there, and it seems like a nice place to have a meal. I didn’t check it out at the time though, since I was interested in walking along the Puget Sound.

When I was walking and admiring the view, I saw a poor ofo bike in the water! Ofo is a bike sharing company, where you use an app to unlock a bike, ride it around the city, and leave it anywhere when you’ve arrived at your destination. Apparently people like to mess around with or steal the bikes though :( In Seattle, there’s also limebike, another bike sharing company.

The Puget Sound is really pretty though, especially in the summer when the skies are clear and the sun is out. I saw a lot of people running in the park or playing with their dogs. It’s definitely a nice place to go for a run and hang out :)