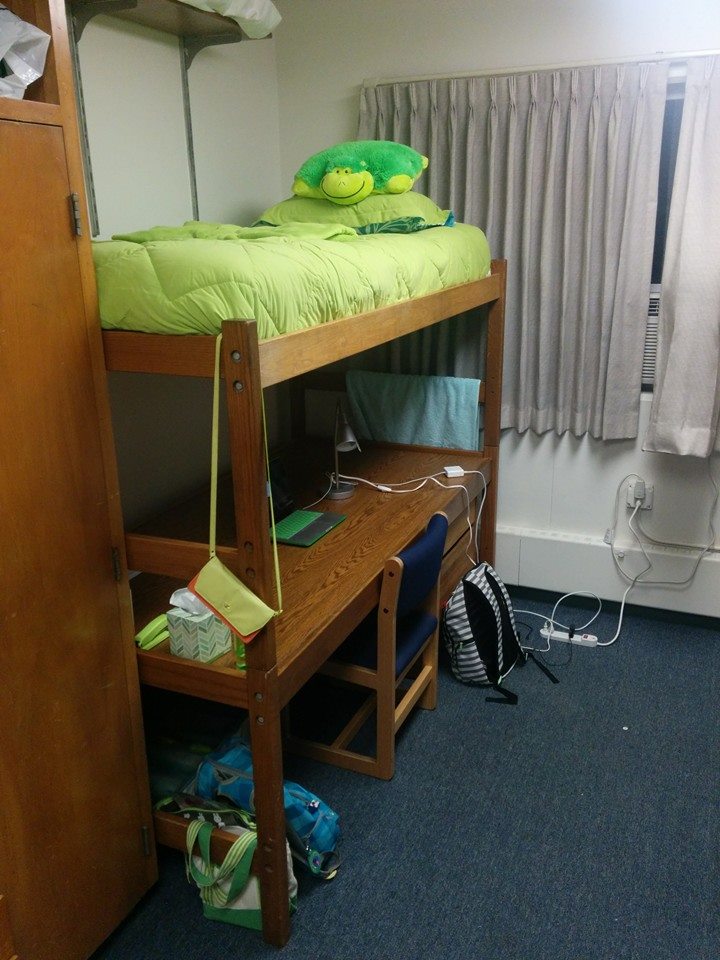 On Sleep (or lack thereof)

It’s been a pretty crazy week. I haven’t gone to sleep earlier than 3:30 a.m. since Monday night (today is Sunday). My latest was 5:30 on Wednesday night. Through this terribly unhealthy experience, I’ve realized several things.

First, that these sleeping times aren’t as extreme as they were in high school, when I had to wake up at 6:30 a.m. every morning. In college, classes start at 9 or 10 (8 a.m. exception for chem lab) at the earliest, so I automatically get an extra 3 to 4 hours of sleep. For most of last term, I slept at 1 a.m. and woke up at 7:30 to go running with friends. That schedule deteriorated towards the end of the term, and then winter break spoiled me with my 12 a.m. to 12 p.m. sleep cycles. And then I got into an accident, so I’m not supposed to run for a while. Which is a good excuse to sleep more. :)

Second, that there’s quite a lot that goes on in the wee hours of the night. This week, I’ve gotten to talk to a few people in Venerable that I’ve never really talked to before (maybe because we were never awake at the same time?). Then again, a lot of those conversations went:

Upperclassman: Why are you guys awake?

[delirious middle of the night chitchat]

So maybe there isn’t much I was missing out on by sleeping at a normal time… There’s something about staying up late working together that decreases productivity and increases hysteria and word mix-ups. It’s not the most efficient, for sure, but it’s entertaining, and it’s good to do once in a while.

Third, that naps are life. I knew this before, though. Last term, my schedule was morning-heavy, so I would typically be done with classes by noon. Since I got around 6.5 hours of sleep due to running, I would speedwalk straight from my last class to bed, and sleep for an average of 2 hours, but sometimes 3 or 4. My schedule this term is not as ideal – I rarely have such gaps, and when I do, I usually have some work or reading to catch up on – but whenever I have the chance, I swing up on my cozy lime green bunk bed and charge up. On Friday, after turning everything in (and sleeping at 3:30, 5:30, and 3:30 a.m. on the previous nights), I was determined to sleep at 2 p.m., straight after my last class. That didn’t happen, and I ended up reading a book for 4 hours in bed, but I still logged in some sizeable hours that evening and night.

Fourth, that I should keep my phone on my desk. This is my bed/desk setup, back when we first moved into Venerable. Note that the surge protector is now plugged in on the opposite side of my desk (that plug used to be broken, and the A/C plug is apparently only for the A/C, so I was kinda stuck). Also note my adorable Pillow Pet, Sanjeet, who has brought me much comfort:

I’m used to having my phone right next to me when I’m sleeping at home, but it’s a little more complicated here. We aren’t allowed to use extension cables (only surge protectors), and my phone charger cable isn’t very long, so I’ve kept my phone on my desk for much of the year. This has contributed enormously to my ability to wake up – in order to turn off my alarm, I have to get down from bed, ideally without tumbling off the edge, and turn it off. Sometimes that isn’t enough, so my first alarm is usually set 15 minutes before I have to wake up, and my second alarm shakes me further out of my drowsiness. It’s been very effective. However, my fancy new desk lamp arrived this week, complete with a USB charging port, so I’ve experimented with bringing my phone up to my bed. Here’s a photo of my snazzy new lamp dramatically illuminating my workspace while causing minimal disturbance to my sleeping roommate: