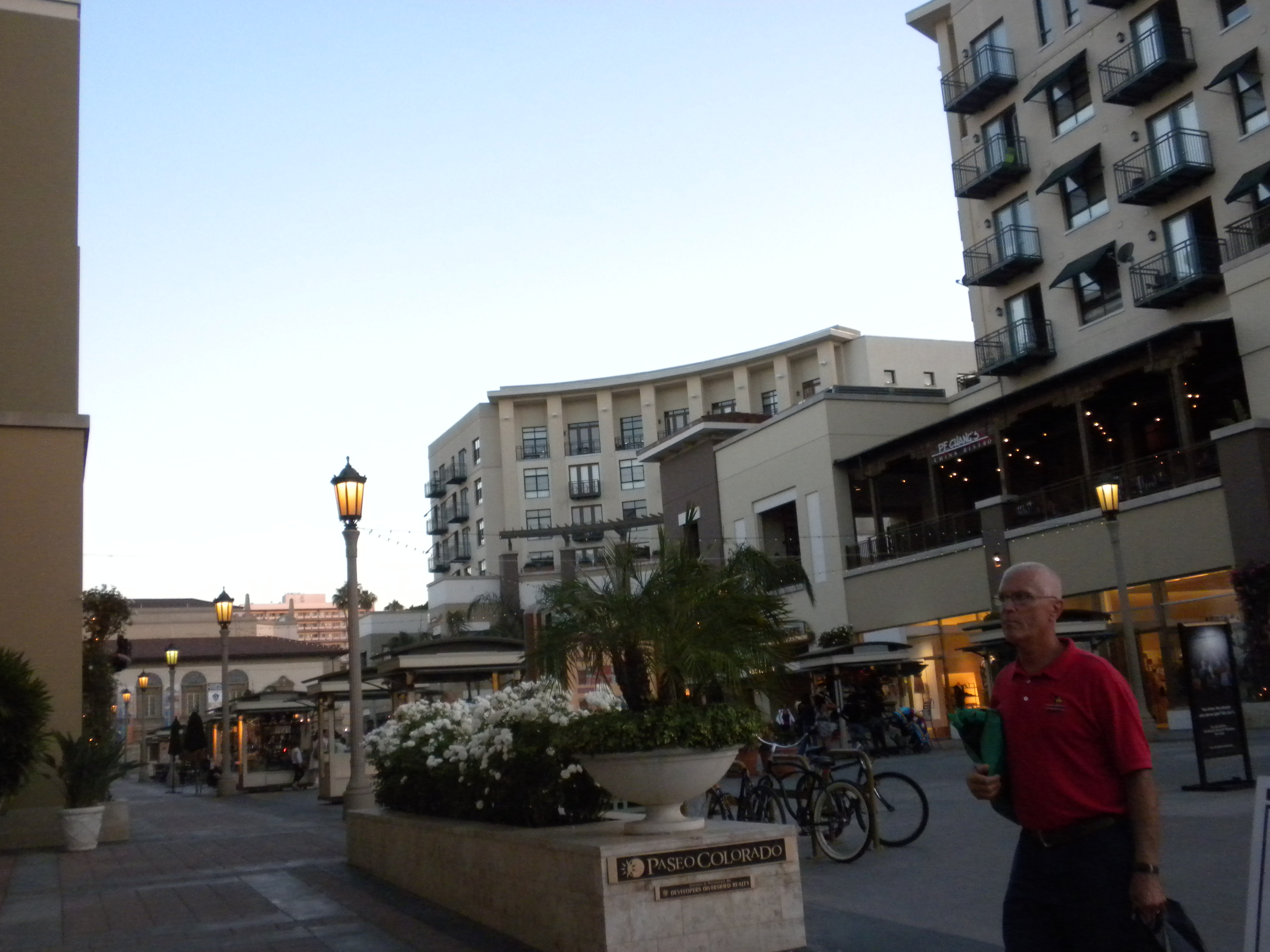 Some of you may be wondering what it’s like to be in Pasadena while being a Techer. It’s true that during the year we are quite busy with work and don’t go off campus much during the week. Actually, this depends on each individual person as some people manage to go all over the place and keep on top of work. I can say that I barely went off campus on weekdays but managed to walk somewhere on the weekend, mainly for food. However, the summer is a different story. It was when summer started that I really started feeling that I’m in Southern California. First, it’s pretty hot although this year has been an unusually “cold” for the area. Second, I’ve seen much more of the surroundings in the couple weeks of summer than during the past school year so I’ll describe some of these places for you.

The closest place to campus is Lake Avenue. This is where Techers often go in the school year for food. I described it in an earlier blog so I’ll go on to Colorado Boulevard. Colorado is a big street that runs East to West several blocks above campus and its western end is the heart of Old Town Pasadena. This is quite walkable although a car would be convenient. Old Town is rather popular with Techers as it has shopping, dining, movie theaters, etc. During the year we occasionally venture off there to break out of campus. This is a part of the Paseo Colorado which is a big shopping and dining complex on Colorado. Nearby you can find movie theaters, ice skating, a big fancy ballroom center, a theater,…

The top of the Pasadena City Hall.

This is a very favorite frozen yogurt place that works just like Coldstone Creamery.

A few weeks back I went to downtown LA with a friend to see “The Sleeping Beauty” ballet production by the American Ballet Theater which was on tour at the time. The theater complex is awesome here with four theaters all in one block and with Broadway shows constantly touring through!

Now last Saturday we had a neon-themed party in my house’s dining hall that I called “Neon Night”. It took a lot of work and plenty of people came out to work together to make this party awesome. All students on campus were invited. Here are some pictures of the set-up:

And we baked. And we dressed up.

And the next day the RA’s (RA stands for “Resident Assistant” and that’s a graduate student who lives in an undergraduate house and serve as the house parent) of my house - Page House - organized a House beach trip to Laguna Beach. It was a drive but it was well worth it! When it got dark we got a fire pit and roasted marshmallows.

A sight from the road to Laguna.

Almost too good to be true.

Finding the children within us!

All in all it was a great weekend and a great summer so far but I find it hard to believe that we’re only barely halfway through summer! When summer really starts coming to a close, I promise to give the incoming Prefrosh an idea of what to expect and what to bring! Cheers, Nina.