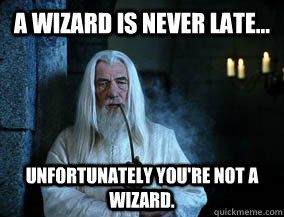 This is a late post, because Page’s ski trip was the first weekend of this term. Whoops. I can tell what you’re thinking…

Anyway, we drove up to Mammoth Mountain on Thursday afternoon. Different groups of Pageboys left at different times (for example, the car with Page’s Vice President had to leave before everyone else because he was in charge of checking everyone in). The five hour drive was accomplished by my driver in four hours last year. This year, we got a speeding ticket.

After the nice Highway Patrol man let us go, we continued to speed the last half hour to our destination, and arrived at the nicest mountain condos ever.

Much Catan was played that weekend.

We spent some of the time working on problem sets, some of the time skiing or hiking (not everyone decided to ski), and a lot of time just hanging out. Five hours might seem like quite a drive to not actually go skiing, but the best part of ski trip is just the change of scenery. Techers don’t get off campus as often as we would like, so big organized house trips to the beach or to a mountain are really, really nice.

On Saturday, a large group of us went ice skating nearby the condos. We ran into a large group from Venerable house, who were having their ski trip on the same mountain that weekend!

Staying warm on the mountain!</h6> We drove home on Sunday morning through the thickest fog I've ever seen. Once we broke through what I later realized was a low-hanging cloud, we saw the most fantastic views of the mountain range.

CS 21 reading in the car on the way home!</h6> I only had one set to finish when we got home, which is the benefit of hosting a large house trip the first week of classes. Most professors haven't assigned anything yet, so you're free to relax and spend time with your friends. Weekends like this are rare at Caltech, but thankfully not too rare :)