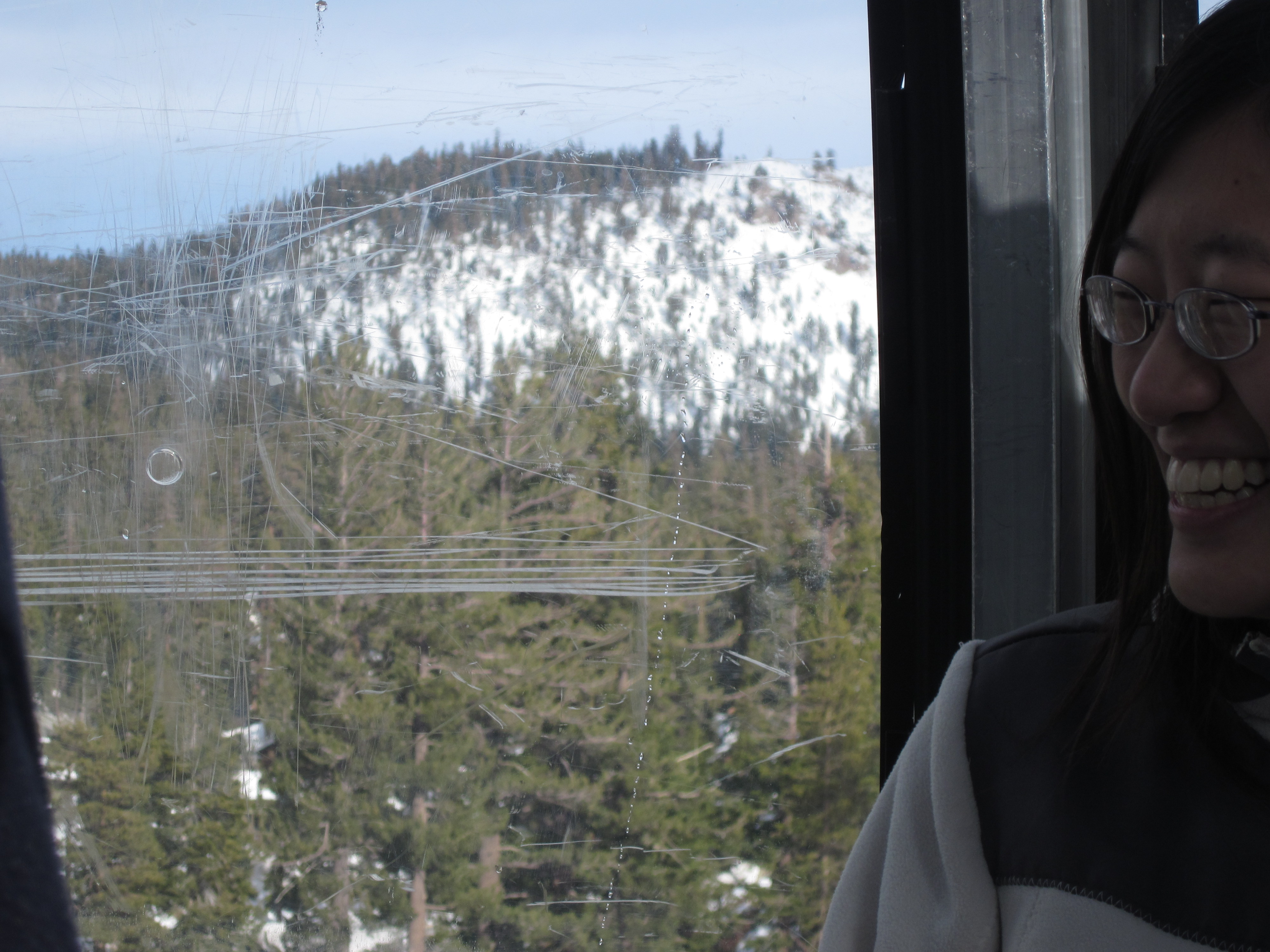 On Thursday night 1/6/2011 half of Page House who went on the ski trip left for Mammoth Lakes. The other half, including me, left Friday morning. We only had to pay 10 dollars for the ski lodge for 2-3 days, which is amazingly cheap (the rest of the cost was subsidized by the house.) So on Friday morning Anguel, Dan, Sarai, and I left for the 6-hour trip. 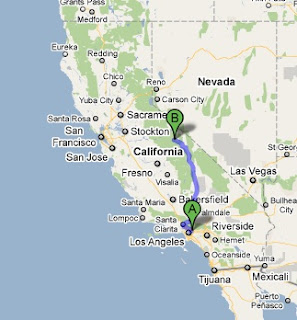 *Location A is Caltech and Location B is Mammoth. So yeah, pretty far.* I actually love long car rides. It's strangely nice and calming to just listen to my mp3, stare out the window at the beautiful California scenery, and just think. Driving in California is wonderful, it's so pretty. I also learned on this trip that it is extremely hard to take good pictures of scenery in the car... 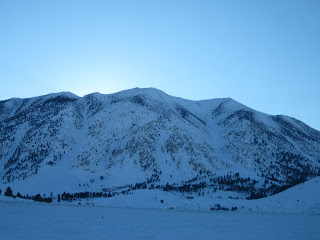 * Snow!!* We finally arrived at the condos at around 4PM. My roommate Sarai and I got a really nice room with a bathroom to ourselves :D

*My roommate is looking lovingly at a bar of soap.*

*The common room of our condo.*

*With a fully equiped kitchen.*

Sarai, Ben, and I spent a couple hours watching Claymore, an amazing anime, and then it was dinner time :] Brian and a few others cooked awesome Chinese dishes.

Afterwards, we cleaned up and watched more Claymore...xD Then we watched Howl's Moving Castle (my third time watching lol.)
I didn't go ski the next day because tickets were so expensive (I already remember the last time I skiied I got run over by a snowboarder.) It cost a total of about 120 dollars for both the lift tickets and ski rentals. Instead, some of the decided to play in the snow instead :] We had a snowball fight and then decided to make a snowman!

*Christine gave me a snow shower :[ Between us is the head for the snowman. There are more people making the body in the background.*

*Putting the parts together.*

And then Troy decided to join our fun!...by jumping out of the window.

* Preparing to jump from the 2-story window.*

*Success! What a beast.*

After we got tired and hungry from playing in the snow, we decided to go to the village for lunch by riding in the gondola! It was pretty awesome since it was free and we go to see a pretty nice view of the mountain up high.

*Waiting to go into the gondola.*

*The village looks pretty awesome.* After that, we went back and hung out for the rest of the day :) We finished up Claymore (haha), cooked more dinner, played a lot of games such as settlers and apples to apples. Even though I didn't get to ski since it was too expensive, it was a fun fun weekend hanging out with friends and relaxing :]