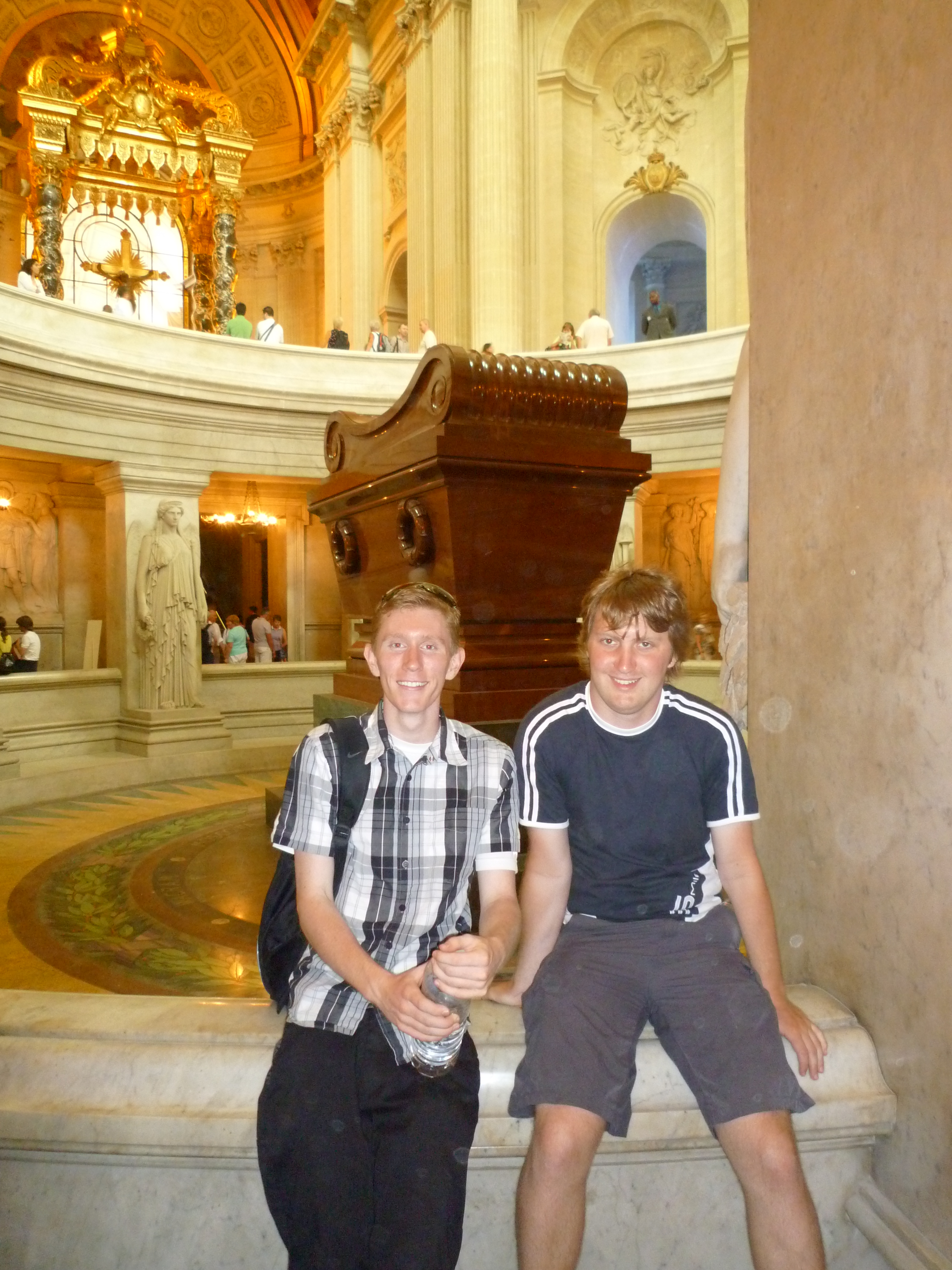 Paris continues to be AWESOME.

Well as always, it has been a WHILE :) So where to start…

Well I’ll go back to last Friday evening when something terrifying happened: I got locked INSIDE my lab. Now that wouldn’t be that bad if it was not that late and there were people around and lights still on etc etc. I lost track of time after finally figuring out something awesome for my project and BAM it was 10:30 PM. I was the only one around and the majority of the lights had been turned off. Well I was trying to get out of lab so I did what you have to do: I swiped my badge on the magnetic reader next to the door. But bad news, the master lock for the swipes had been turned off, so I was essentially locked INSIDE the lab! I began to panic and thought as I entered different staircases and hallways trying to find a different door that some psychopath was going to come after me and it was gonna be like one of the those awful slasher films where I finally get to the door to escape and of course it won’t budge; then the killer does me in as my futile badge swipes do nothing for me… Well lucky for me that ended up NOT happening; I finally found a door that wasn’t on the master lock like twenty minutes later (whew) and got home fine :) I hit the sack and woke up the next day. I looked at the clock and thought awesome it’s 5AM I can go back to sleep… Yeah it was actually 5 PM -_- So much for getting my digital camera that day… Anyway so that evening I went out to a Vietnamese restaurant in Paris’ China Town; I had some delicious noodles with a fantastic meat assortment: shrimps, chicken, et al. :D Sunday I decided to lie low at Ecoly Polytechnique. Monday I bought my new camera :) OK Why do I keep getting lost in Paris? I swear I find like perfect directions on Google maps but I keep missing the places I want to find!!! I spent like an hour trying to find a freaking FNAC (France’s version of Best Buy, but about twice as expensive). Anyway I got a camera that I don’t really like so I’m gonna take it back and get another (woohoo exchange policies).

Anyway, so we saw the museum and hospital there; the building’s original purpose was a hospital for war veterans… We went to two museums: one for the middle ages one for WWII. The middle ages one was basically oriented toward violence: chain mail, knight armor, swords, guns, knives etc. and the WWII was a lot of paintings.

Well after the show, I did something a bit stupid: I left my bag on the Champ! You have no idea what a mad house it was trying to get out of there! There were literally hundreds of thousands of people! So I just kinda left without regard to my bag! It had some important stuff in it, you know credit card, drivers license, ipod, my dorm room key, my lab access badge etc etc. So finally I get to a bus stop and I go OMG I LEFT MY BAG BACK THERE and of course my friends are like seriously Anton (it had been hours by now that we had left) there is no way you’re going to find it there. Figure it out tomorrow! So finally we grabbed a cab with a woman studying at Orsay (close to Ecole Polytechnique) and split the ride back. Because I didn’t have my room key though, I had to sleep on the floor of my friends room: NOT COMFORTABLE.

Well it turns out that another of my friends had grabbed my bag for me, so there were no worries there. I was freaking out when I woke up in the morning though; I was prepared to head over to the Champ to find it, or otherwise go to the Prefecture de Police and see if it was in Paris’ lost and found. When I got the email that he had it I was so relieved you have no idea… He had it in his office right down the hall from me. AWESOME.

Coming up: more nights out on the town, figuring out my project (and btw, where’s my mentor?), getting photos from the Gaga concert, seeing my friend in Lille/Bethune, buying train tickets from sketchy websites :D Always,Anton