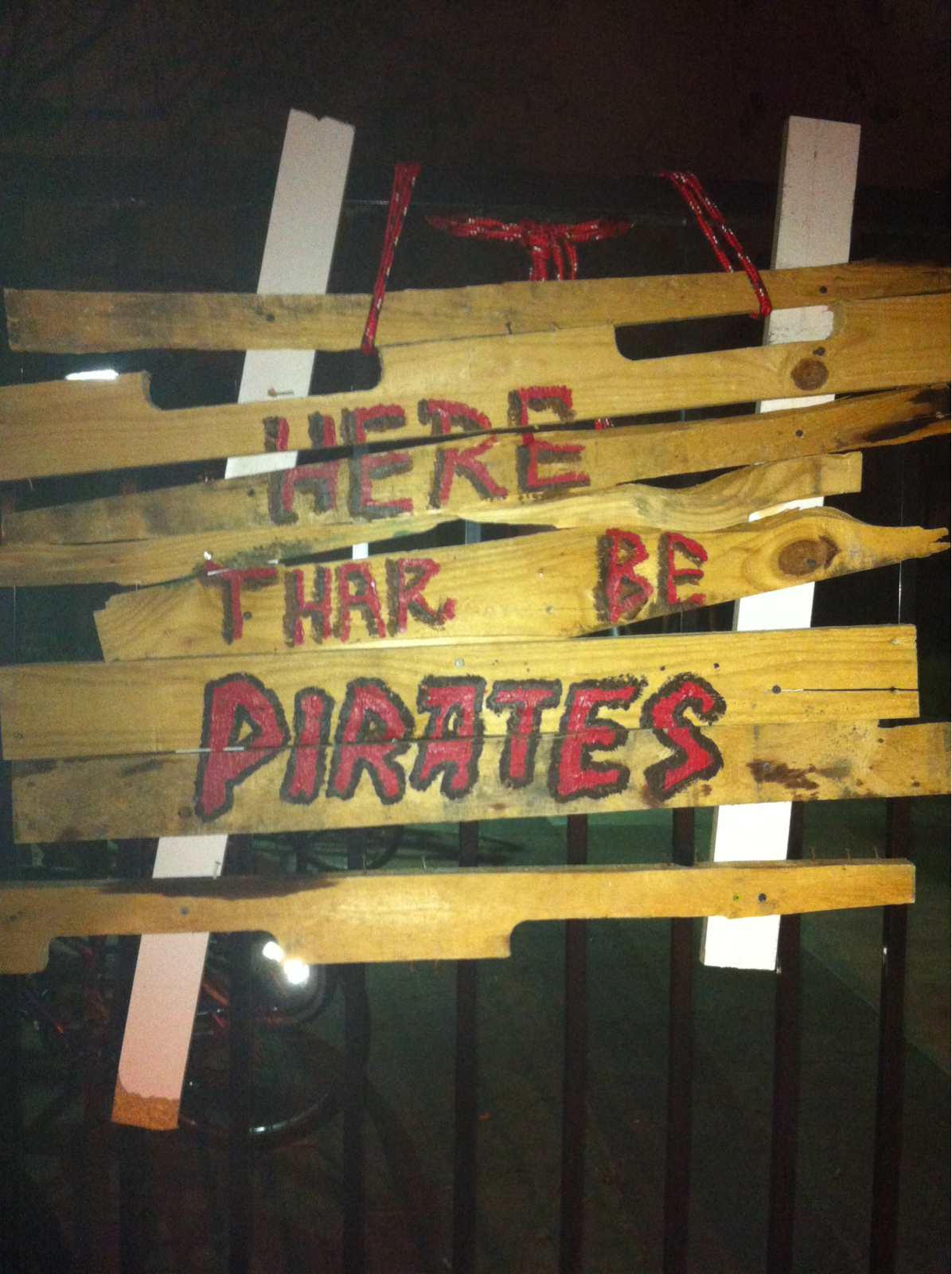 A lot of bloggers will probably mention Interhouse, but it wasn’t until I was talking to my prefrosh that I realized how insufficient was the attention for Caltech’s parties, and I’m not talking about study or set parties. Work hard play harder, right? Every year, each of the eight houses hosts a huge party for the other houses. We build, decorate, and make food all towards a theme. These parties are so impressive and well-known in these parts that students from USC and UCLA like to visit.

This year, Avery’s theme was The Great Gatsby, and I had a great time designing each of the murals and recreating the Big Apple of the Roarin’ Twenties. Page had theirs even earlier, to a Daft Punk theme, and Venerable and Dabney held theirs at the end of last term with Ancient China and M.C. Esher themes, respectively.

This past weekend was Lloyd’s turn, and they did not disappoint. They’d spent the past few weeks constructing a giant dance platform shaped like a ship–poop deck and all–in their courtyard. Murals detailing the grotesque images of hanging skeletons lined the walls, and plumes of fog periodically engulfed the flickering lights and shadows. Inside their dining hall, covered lights cast an eerie red glow over the giant treasure chest.

“HERE THAR BE PIRATES” and parties! (: Parties like this always mean catching up with old friends and meeting new ones. UCLA also hosted LAHacks this past weekend, so some friends from Stanford even dropped by mid-hack. It was especially cool to meet my friend Sean’s friends from home and realize how, as Sean put it, “we all know each other in this huge nerd network.” Pretty much sums it up.