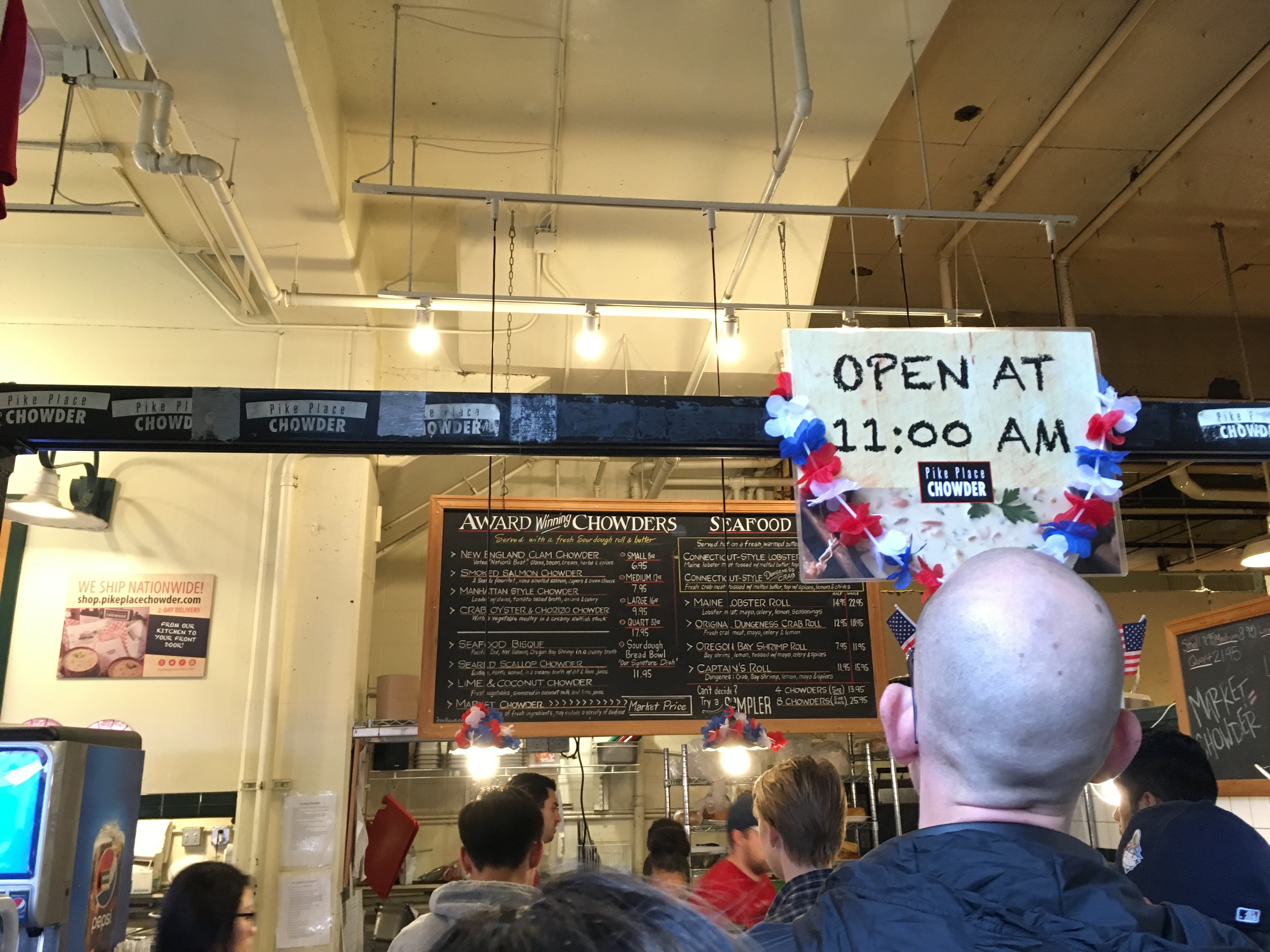 Pike Place Chowder is a chowder shop near Pike Place Market in downtown Seattle that was featured on Buzzfeed. Naturally, there was quite a long line, but it moved pretty quickly. In addition, if you don’t want to wait in line and only want soup (they also sell sandwiches), you can order in the app and pick up at the kitchen in 10 minutes. However, If you order online, you can’t get a seat inside. We wanted to sit inside since it was drizzling, so we waited in the line for about 25-30 minutes.

They have 8 kinds of chowder, and thankfully there’s an option to get a sampler! They have both 4 chowder and 8 chowder samplers, with 5oz of each soup. We got the 8 chowder sampler to share for $28. I really liked (in order) the scallop chowder, the lobster and crab chowder (market chowder), and the smoked salmon chowder. The New England clam chowder was also good, but it was pretty standard tasting compared to the others, which were flavors I wasn’t used to.

Next time, I think I’ll get the scallop chowder in a bread bowl :) That one was my favorite; every time I came back to it after sampling a different chowder, I was like, wow this is great. I’d recommend coming here if you want some yummy chowder!