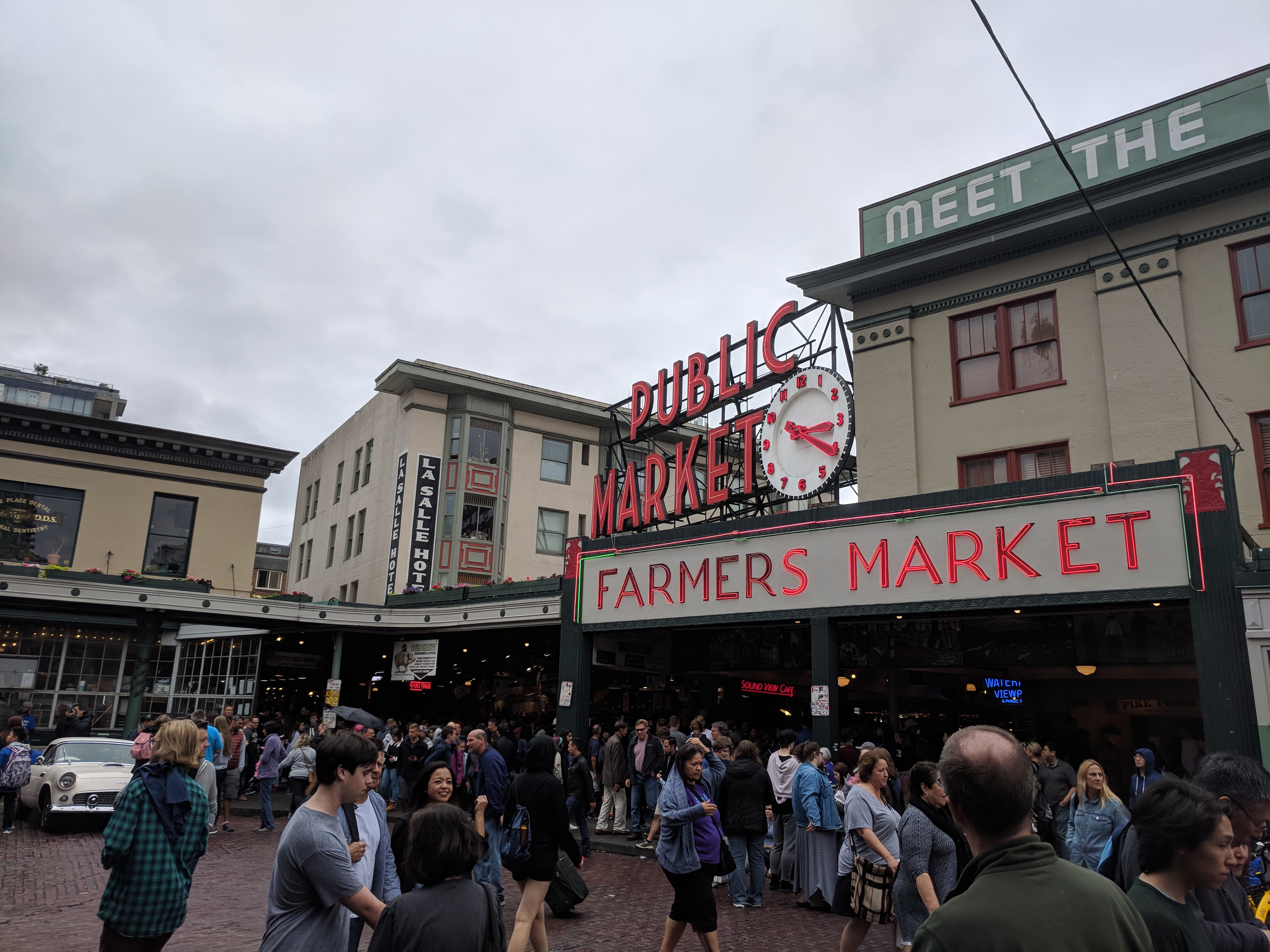 Pike Place Market is in the heart of downtown Seattle. It’s known for its fish market, but there are also other vendors also selling flowers, fruits, jams, and other food items. Underground, there are bookstores, gift shops, and various other shops.

Apparently, if someone buys a fish, the vendors will make a show of throwing the fish around. I didn’t see it happen when I was there though.

Pike Place is also home to the original Starbucks. Of course, there was a huge line outside the store even though the coffee certainly tastes the same as in any other Starbucks. The store does still have the original logo, which is cool! Next to Starbucks, there’s a Russian bakery called Piroshky Piroshky. Their savory pastries are really good, but there was also a huge line outside! I didn’t try it when I came to Pike Place, but I found another outlet of the shop, with no line, and tried it there :P