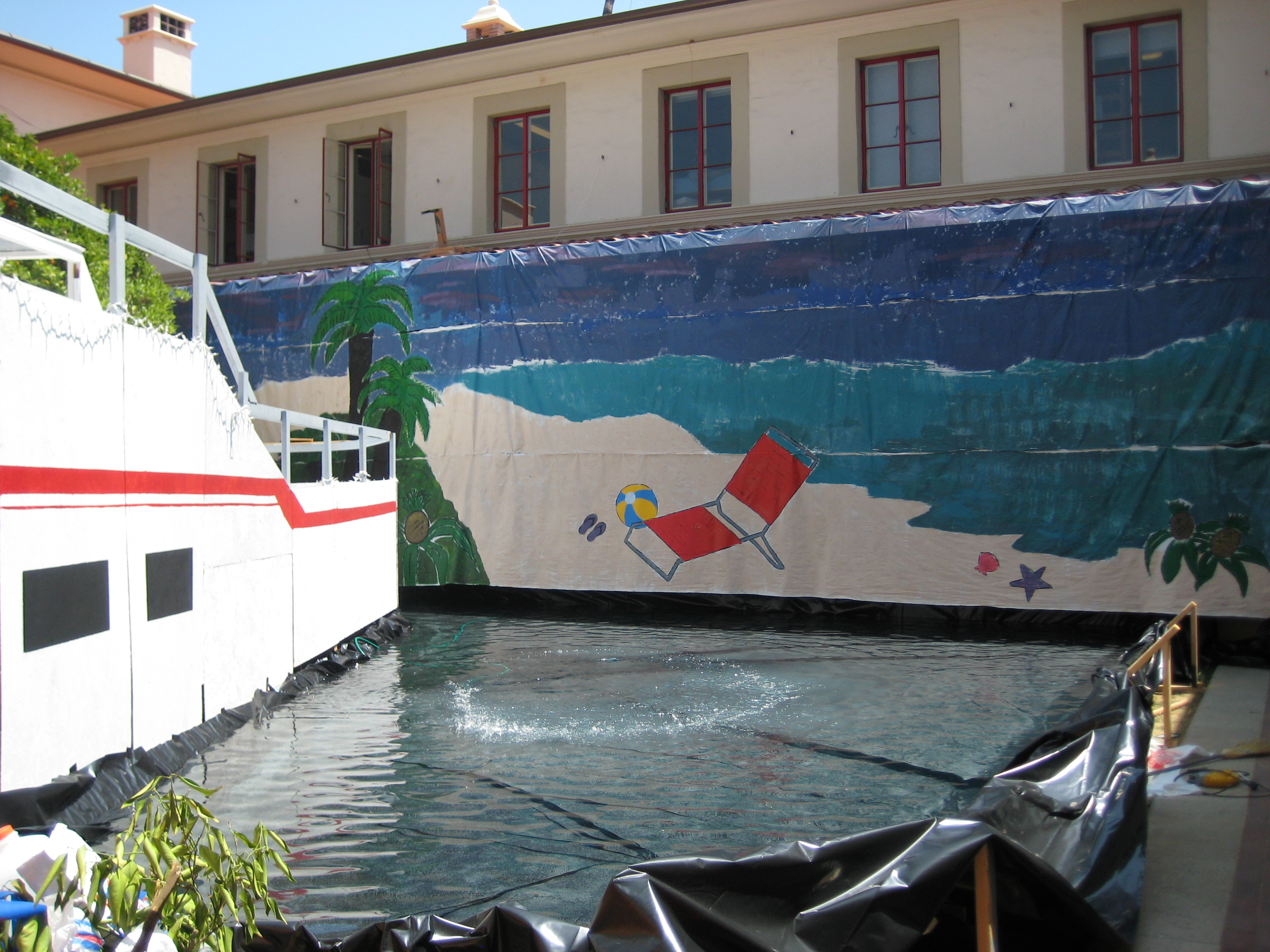 I am on an absolute war path to learn all this music in time for Saturday’s concert at Disneyland. It’s a battle: me vs. my ears, which are filled with this low buzzing for a few hours after I practice, even though I wear special industrial earplugs. Homework, studying…it’s all fallen to the wayside, because this music MUST BE LEARNED (I even missed this rather vital review session for an orgo quiz, but my lovely TA spent time after it had finished helping me learn Heck reactions and the ‘dance of olefin metathesis’).

About half of the band is driving while the rest of us are taking a bus to the park. We’re playing at 12:30, and after that we’re free to wander around the park. I’ll take lots of pictures and make sure to post them all : )

In any case, house pride aside, I have to admit that Blacker’s building just blew me away last year. This year’s theme is ‘Dr. Seuss,’ from what I can tell from the posters around campus. I’m really excited to see what they put together this time…I’ve heard that there’s a 14-layer structural cake in the shape of the Cat in the Hat’s hat.

Speaking of food, I managed to get off campus before the fun of tomorrow. There are a lot of restaurants in the nearby town of Pasadena, especially in this one section known as Old Pasadena (or ‘Old Pas’). We went to ‘Tibet Nepal House,’ for some authentic Nepalese andTibetanfood that looked a lot, to me, like Indian food. I asked the waiter to bring me something as far away from Indian food as possible…

I also went to the 7th Annual Caltech Spring Dance Concert with a few friends. It was pretty spectacular, with a lot of different kinds of dancing (ballet, modern, jazz, lyrical, hip hop, traditional Korean, salsa…). The entire show, of course, featured members of the Caltech community, including some of my friends. Those pictures will be posted, I’m sure, on another blog, so I’ll just leave you untilthe next time I post–and I promise it’ll be all about Disneyland! See you then, Mythili.