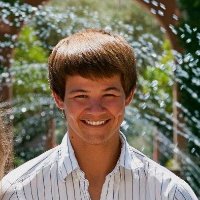 For those of you who attended Pre-frosh Weekend a couple days ago, congrats! It’s an exciting time for you, and I’m sure you’re choosing between many amazing universities around the country.

For those of you who missed it, last Thursday, as part of pre-frosh weekend activities, the SURF office held an short information session for incoming pre-frosh.

The info session featured four current Caltech undergrads who have done research on campus (or abroad!), so students could get a feel for the kind of stuff we do here. Here are two of the panel members in case you didn’t catch the SURF panel:

** How did you go about finding a SURF?

Freshman year, I just sent out three emails to different profs at the Tectonic Observatory at Caltech, the first one replying within 5 minutes at 2 am (turns out students AND profs have unconventional sleeping schedules at tech). My PI met with me and asked me what I was interested in. He then had his postdocs propose projects for me to choose from. Sophomore year, after talking to Maria Spiropulu about my interests, she agreed to take me and four other undergraduates to CERN.

**What specific research did you do during your SURFs? **

My first SURF was in mathematical geophysics where I derived elastostatic solutions for realistic stress on shear cracks, basically deriving new Green’s functions that were more accurate for modeling the stress surrounding any fault. It was really fun since I was the only undergraduate in the lab and everyone was paying attention to me. I also went to present at the Southern California Earthquake Conference, where I was the only undergraduate presenting, and I continued work throughout the year in the same lab to finish up a paper.

My sophomore year I worked with the CMS experiment and my project was measuring the energy resolution for the electromagnetic calorimeter, ECAL, of the detector which relates directly to the mass resolution of the Higgs Boson in its decay into two photons. I really enjoyed the summer and decided to go into Particle Physics. I am still working with the group and am working on preparing a senior thesis with the HEP group as well as returning to CERN this summer to work on a new project in multi-model inferencing with applications to High Energy Particle Physics. Caltech students were the youngest people there, since CERN usually only takes on third years and older. I arrived the week the Higgs Boson discovery was announced and was interviewed by an Italian news station, even though I had no clue what was going on. Working at CERN was pretty intense but tons of fun being in an international environment and working in a highly publicized field with the Higgs project.

Anything you wish you’d known about SURF as a frosh?

I wish I had known before the application process that there are in fact research positions in any field for freshmen, including physics, and that I should have been more comfortable just asking within the department.

How did you go about finding a SURF?

I knew I wanted to work in Professor Harry Gray’s lab so I contacted him via email, discussed potential projects in person, and picked a project that interested me! When I was new in lab as a sophomore, the opportunity to workcloselywith a postdoc mentor helped me learn my way around the lab very quickly. Even my PI, Professor Gray, was accessible; it was encouraging to me that he cared so much about how my (and other undergraduates) projects were progressing. As a third term junior, I am much more independent and integrated into the lab.

What does your research entail?

I work with a postdoc on synthesizing and characterizing cobalt complexes to catalyze the reaction that produces hydrogen gas. We are interested in this reaction and the capabilities of these metal catalysts because hydrogen is a clean, renewable fuel source.

What have you learned through SURF?

I gained a lot of valuable experience in synthesis, since I had to spend a significant amount of time making the triphosphorus ligands for our complexes. I also learned about different characterization methods like electrochemistry, mass spectrometry, and x-ray crystallography.

What opportunities has SURF provided for you?

I am very grateful to SURF for getting me started in Harry’s group. The best part about SURFing most definitely has been all of the people I had theopportunityto get to know and the impact it has had on me personally for my future. Through SURF arose many other opportunities that carried on into the year. I was able to continue with my research (and am getting ready to publish a paper!) and I also found a joined a chemistry outreach program run by members of Harry’s group. These were opportunities I would have never had without the SURF I had that summer.