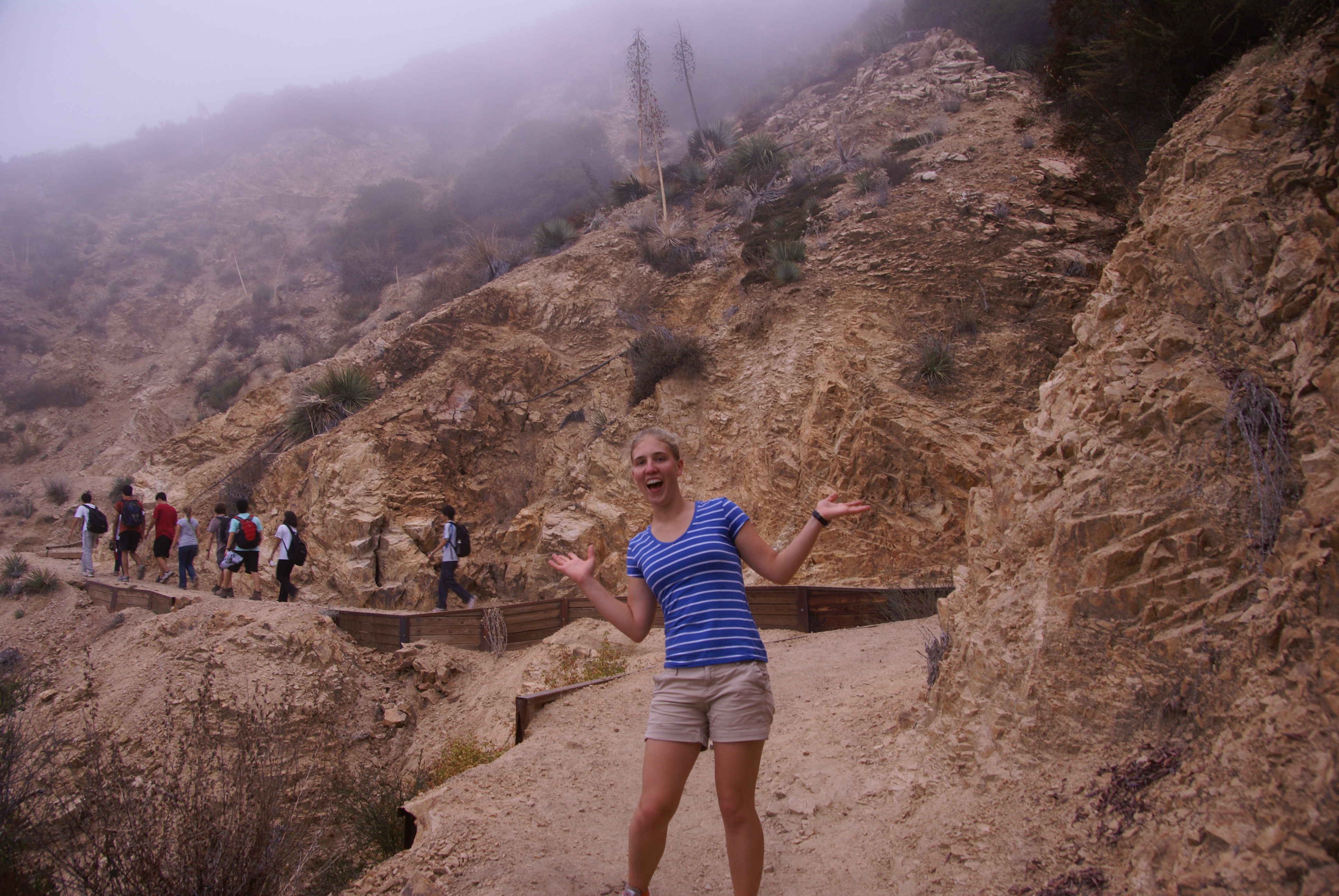 I’ve never blogged before, soI thought I would start by telling you a little about me and a little about the AWESOME project I’ll be writing about over the next few weeks.

I grew up in Durham, New Hampshire - the little triangular state between Vermont and Maine :) Now, I’m a freshman here! I love chemistry, problem solving, and (since having an AWESOME physics TA last term)physics! I also love travelling, photography, running, swimming, and getting to know people with different perspectives on life! I’m studying ChemE, and I want to do humanitarian workin developing countries after getting my master’s.

So, getting to what you guys are really intersted in, here’s a (VERY!)short summary of my Caltech experience so far:

I was a three-season, four team athlete in high school (but never that good!), and one of the reasons I came to Caltech was to be able to continue athletics while focusing on academics.

I sent Scott, the XC coach, an email at the beginning of the summer saying I wanted to run. He emailed out a summer running plan and told me what day pre-season started. Pre-season is an AWESOME thing for incoming pre-frosh (that’s just what we call you until the second week of classes) to get to know Caltech and the area. Basically, the fall sports (Volleyball, Cross Country, Soccer and men’s waterpolo [women are in the spring, and they’re doing great this season!]) meet about a month before classes start.

There are lots of practices but also lots of opportunities to hang out with the other pre-frosh athletes and the rest of your team. I went to Chinatown with Addie, a frosh (the frosh don’t become smores until after rotation, either), and Annie, another pre-frosh; I ate at the Ath with the team; we went shopping and threw a birthday party for Juliette! We had a few meets, and I even PRed! [That’s a personal record for you non-runners out there!] Pre-season was a super-fun, and it was also a great way to get settled before the rush of orientation! Athletics pays for room and board, so you don’t have to worry about that!

Orientation and all of the fall events were awesome too, but I’ll skip those since other people have already blogged about them. Fast forwarding, I joined swim team! Swimming was awesome… until I got injured :( So, unfortunately I wasn’t able to swim for most of the season, but I can’t wait for next season!

Overall, athletics here are a great complement to the classwork. Coaches understand that Caltech isan academic institution, not a NBA recruiting station. Still, they (and the athletes!)are very dedicated to their teams. My favorite part about Cross Country was getting to know everyone else so well. The upperclassmen here really are a great resource about classes, life, and tech traditions, and they’re just awesome people! Athletic abilities range from amazing to newbie, but the teams are still open to everyone enthusiastic about the sport! There’s also tons of interhouse games of all kinds for people to participate in on a one-time basis, so overall, we actually have a lot of sportsy people - something I definitely didn’t expect when I came here!

So, I know other people have written about their roommates! But having a roommate was something I was pretty worried about before college, so I just wanted to let you know how it works here. I had heard a lot of stories from my friends who went to college a year earlier about their horrible experiences after filling out a form rating their cleanliness, the hours they sleep (fyi, that changes dramatically in college!) and their interests. So I was absolutely positive I was going to try to get a single, and was very glad that Caltech had so many.In the end, though, the house I knew I wanted to live in (Avery) has doubles for frosh.Further, in Avery, you got to chose your own roommate among the other frosh! After the other girls who still needed roommmates and I spent about an hour discussing who went to bed when, what we liked and didn’t like, ect., I became roommates with Garima! Garima’s awesome. She’s from Flordia, studing MechE with an aerospace minor, and going to be an astronaut! I’m really glad I have a roommate now, and as far as I know, so is every other girl in my house!

The Caltech Y is the “everything not-class related, and a lot of stuff that is” club here. I <3 it! I’ll be blogging again about the Y in general, but that merits its totally own post. Basically, the community service, explore LA, and life skills series is run by ExComm. ExComm is a group of students who have shown dedication to the Y and organized lots of events! TheSocial Activism Speakers Series is a group of its own, as is the Outdoors Committee. Each year, ExComm and the Outdoors Committee organize community service trips during spring break. This year, the three trips are to Owens Valley, to Yosemite, and to the International Rescue Committee.

The trip to Owens Valley is focused on environmental awareness and service. We’ll be leaving on Thursday and coming back on Sunday. The IRC trip is from Monday until Thursday. I can’t wait! We already had our orientation meeting for Owens Valley, where our group leader, Yang, went over the itinerary, the expectations, the packing list, and where we met each other. The group sounds awesome! Keep reading the blogs to hear how the tripsgo! I’ll be writing about Owens Valley and IRC along with a few other people :)