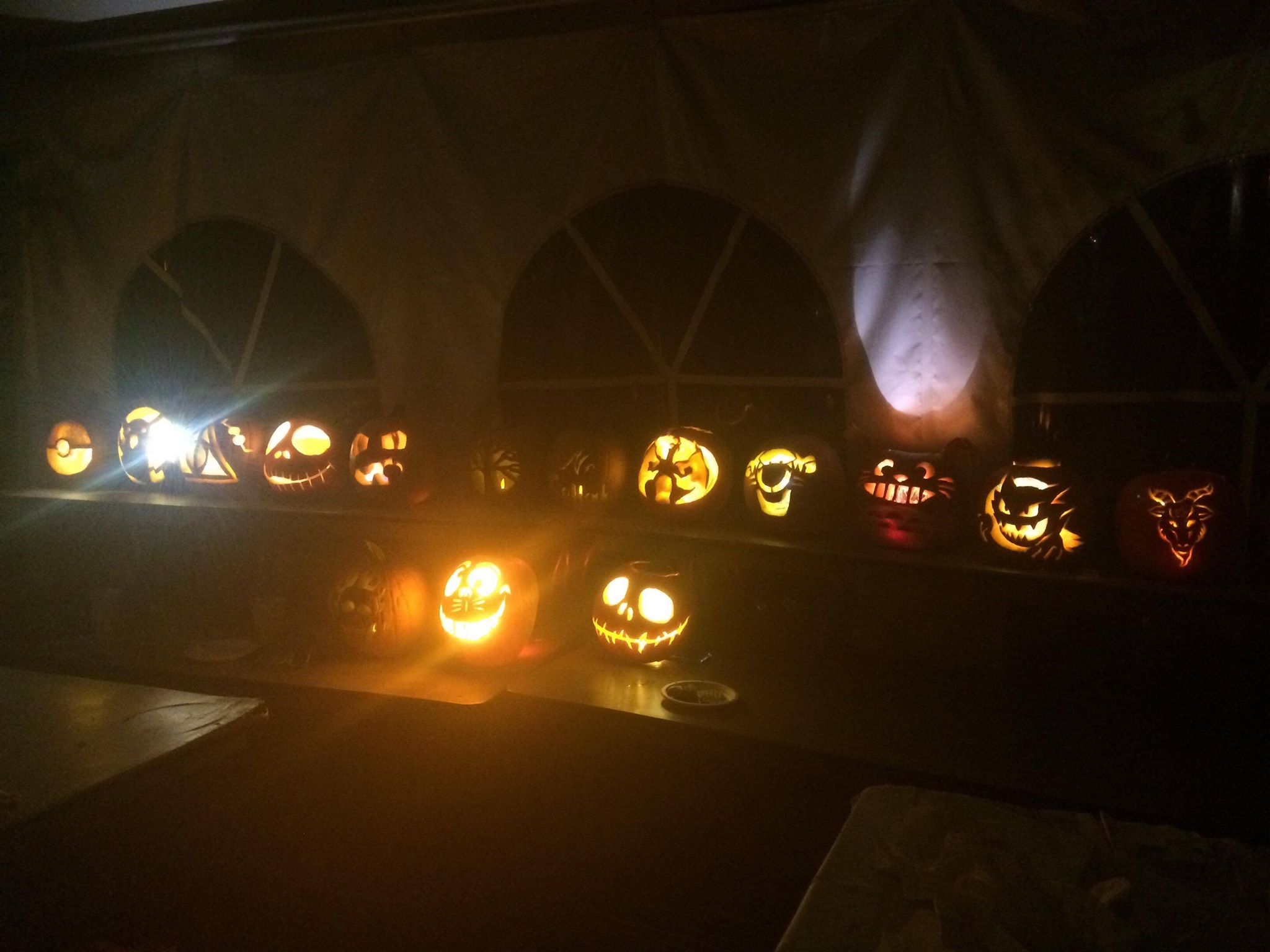 As it gets closer to Halloween, all the houses get pumpkins from Tom Mannion to do with what they will. Most houses host pumpkin carving in one form or another - and I really do mean that this comes in many forms.

Avery’s pumpkin carving is an Alley contest: each alley gets two pumpkins to carve something into and a limited time to do it in. After the time is up, all of the pumpkins are gathered together for Tom to judge them, and the top Alleys get prizes for their pumpkins. After an hour and a half of frantic carving, the winners were announced: Alley 3/6 and Alley 8 whose two pumpkins were picked for 1-4th place. Their pumpkins were Charmander, Totoro, Tigger, and Ghastly, two of which cleverly carved the front of the pumpkin so that the light could somewhat shine through in some places to complete the picture.