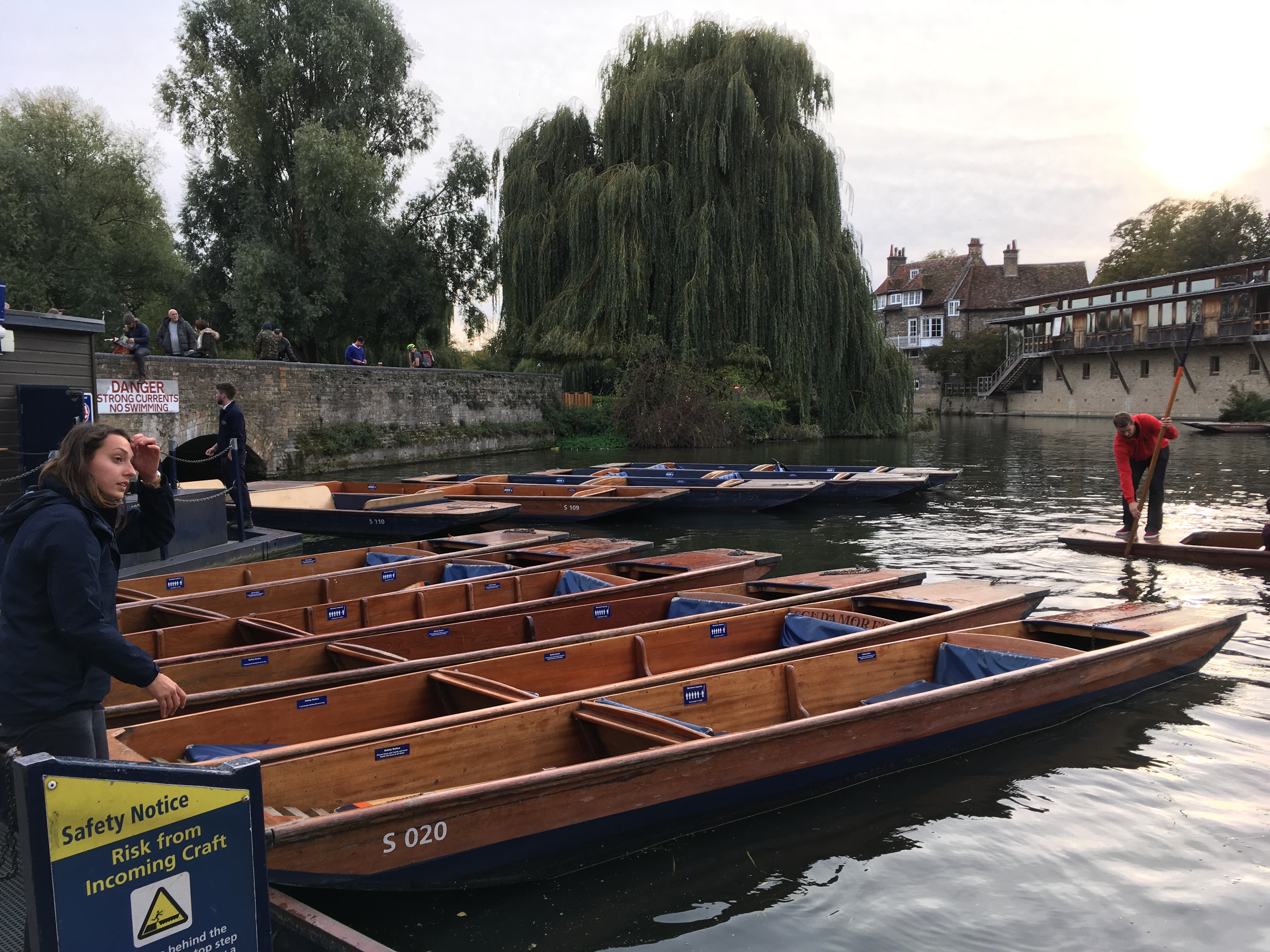 Punting on the River Cam

Today,I went punting with other first years from my college! Punting on the Cam is something every student should experience. It’s also heavily marketed to every tourist in Cambridge, and occasionally to students who look like they could be tourists.

Four to five people can sit in a punt, and one person does the punting. Punting involves quickly dropping a long metal rod into the water, pushing the rod against the river bottom to move the boat, and then rapidly lifting the pole out of the water. Below is a picture of punting in action, with the Mathematical Bridge in the background. When this bridge was built, it was said to be held up without a single screw. Of course, now there are a lot of screws in it.

I also tried punting, but the pole is a lot heavier than it looks! It was a bit scary at times since the river can get quite deep. Then, if you don’t drop the rod quickly enough, it won’t reach the bottom of the river before the boat moves too far forward for a push to be effective. I did get better as I kept punting, but I tired fairly quickly since the pole was a bit heavy for me.

Here is the famous King’s College! When punting along the river, you can see the ‘backs’ of the colleges that line the river. It’s really beautiful to see the colleges from this perspective :)

When we were mooring the punt, we saw a bird that had just snagged its dinner!

If you ever visit Cambridge, I’d definitely recommend going punting! Even if it’s ‘touristy’, it’s worth it.