In the middle of last term, we bought a puzzle. Well, I tried to buy a puzzle, but couldn’t figure out how to ship it to myself, so my mom bought the puzzle, but accidentally had it delivered to our house, then my mom bought the puzzle again, and it finally came to Caltech. Good work, puzzle. It’s a rather beautiful puzzle, based on a painting by Rosina Wachtmeister. If you’ve been to Germany, you may have seen her work. She makes these beautiful porcelain cats that sell for big bucks. Here are some that we got from Germany/Czech Republic:

She also paints the cats, and those paintings have become 1000 piece puzzles, so we chose the most colorful and interesting one. It was originally our goal to finish the puzzle during Thanksgiving break, then just to start the puzzle during break, and then we pushed it off to finals week. Finally, after an all-nighter to write my English essay, on the last day before I was flying back home, we decided to open up the puzzle. Sorting took a while:

I started from the bottom, and my roommate started from the top, with the goal of meeting in the middle. Though the hardly distinguishable grassy pieces were difficult, their beautiful lime green hues kept me going. That night, after watching Interstellar at a local movie theater, I worked on the puzzle late into the night, making the top/bottom balance a little uneven:

Then I worked on it more during the calm before the storm (the weekend before second term) in the beginning of January. My roommate’s portion is the consistent purple line on the right:

Classes started, sets started piling up, and whenever I wanted to relax my mind, but didn’t trust myself to wake up from a nap, I would go back to the puzzle. People say that at Caltech, you procrastinate on one set by working on another set. Working on the puzzle was another avenue of procrastination, but I’d like to think that it was productive. Sometimes after working on a set, I would come back to the puzzle and make rapid progress on it. It didn’t work the other way around, but at least something was benefiting.

Along the way, several passerby friends helped out, assembling the sun’s face, helping me with the final tens of pieces, and assisting in transferring the puzzle to cardboard for gluing down. My goal was to finish the puzzle before Prefrosh Weekend in April so that our prefrosh would have somewhere to sleep, but I ended up finishing it this past week:

I used puzzle glue to glue it all together on top of a piece of cardboard. I couldn’t get the puzzle off of the cardboard after the glue dried, so I decided it could act as a cheap frame for the puzzle, trimmed the edges, and propped it up on our shelf. Though I’m proud of the puzzle, its completion has left me feeling a little empty. I miss having its bright colors dominate increasingly large amounts of the carpet. I miss crouching over and plugging in the wrong piece over and over again. I miss having a dependably unfinished puzzle in my life. I may have to look into buying another one. 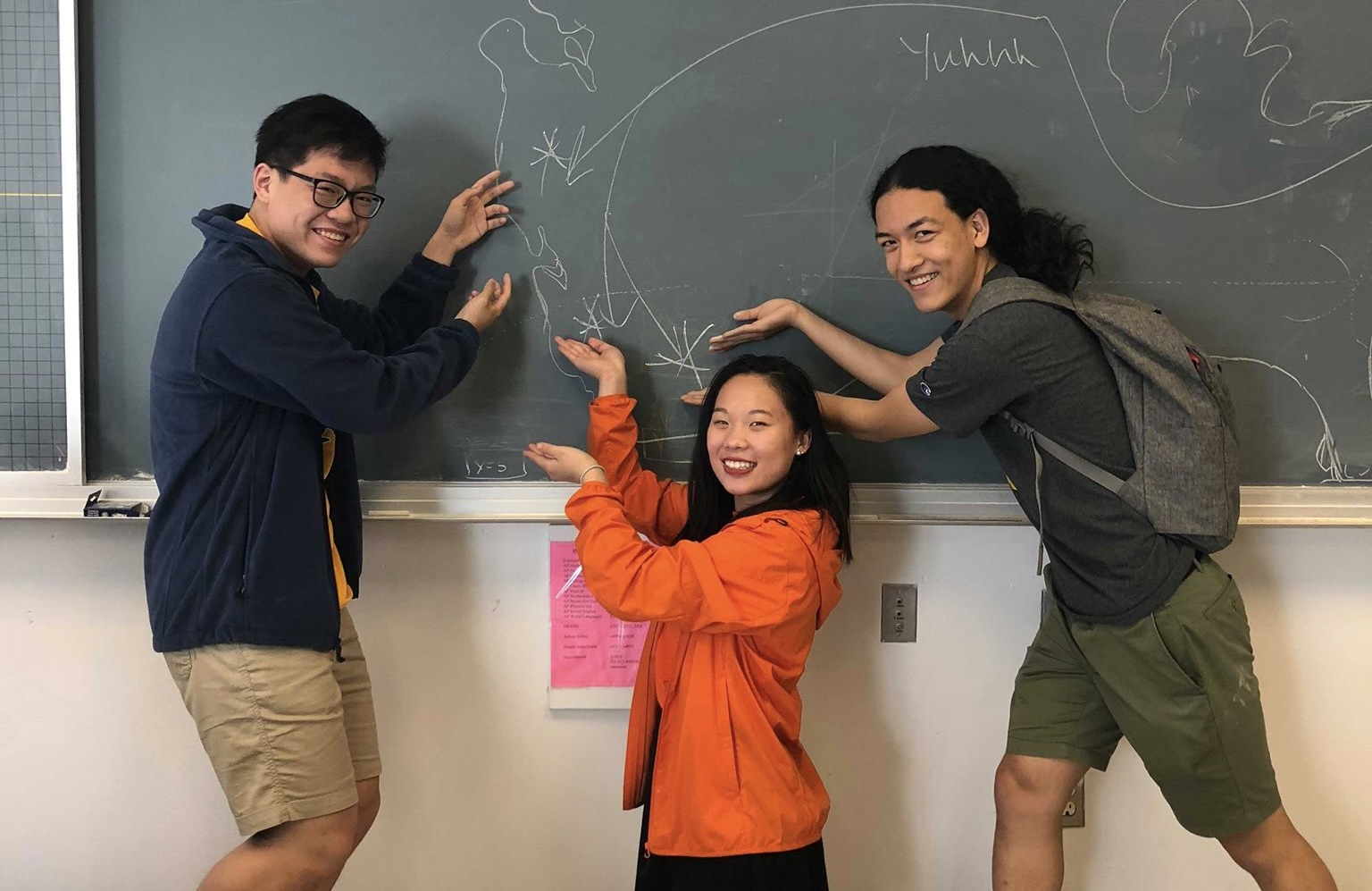 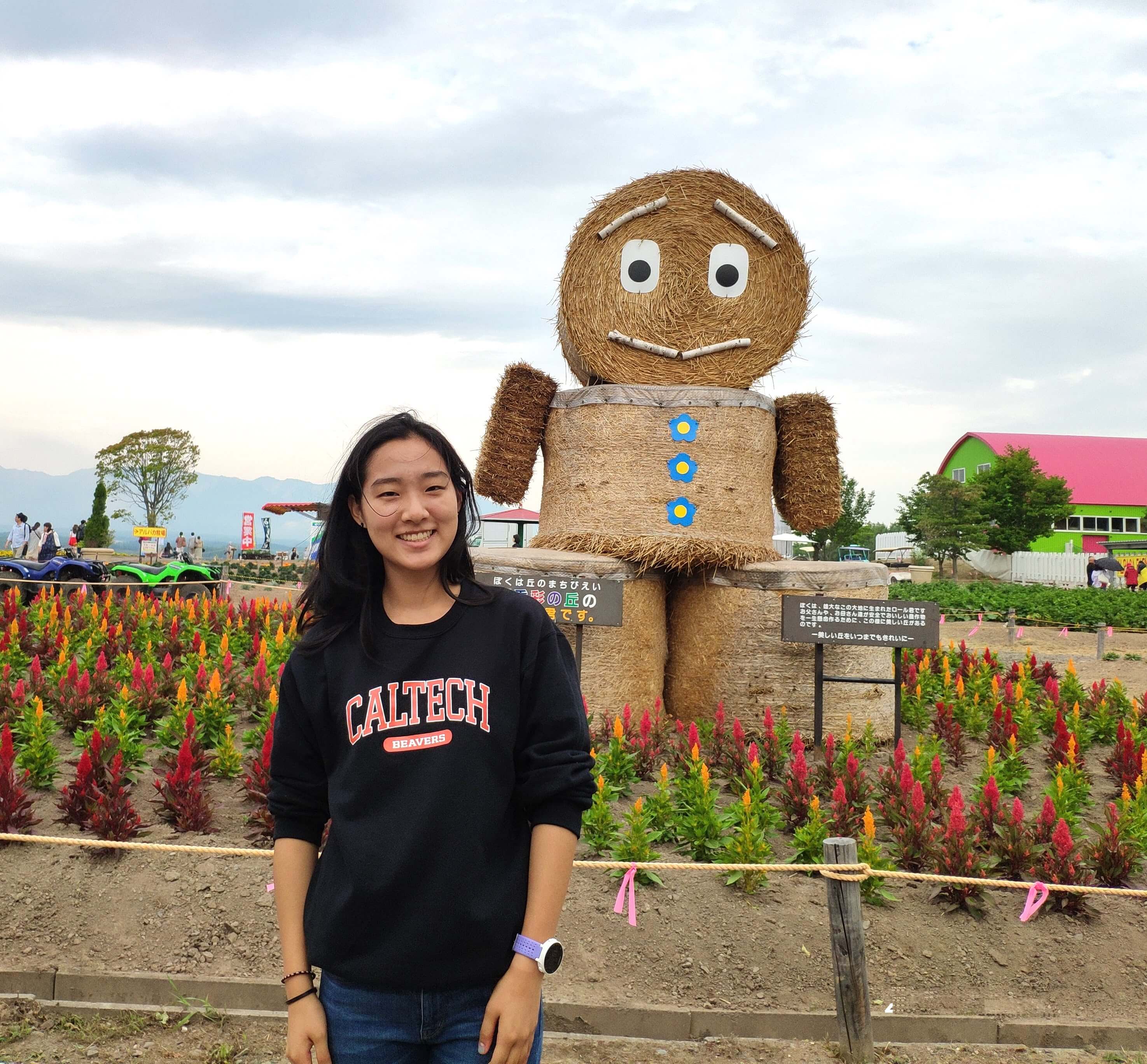 I remember huddling around my laptop with my mom and dad at the dining room table. While counting down from three, I took a few quick breaths and finally clicked on my application decision—the confetti on the screen was all we needed to jump up and scream! I remember hugging my parents as they happily shouted, “I knew it! I knew it!” It was an extremely exciting moment, and the rest of the day was really just a blur of my friends and family congratulating me on the acceptance.

How I Chose My Major

Coming into Caltech, I was not like some of my peers who, from the first day of entering campus, knew exactly which field they wanted to pursue. I arrived at Caltech finding everything around me intriguing. From mathematics to mechanical engineering, from biology to computer science, all of the above! As (somewhat of) a joke, I would claim I wanted to do 18 majors at once! Once I reached campus, there came my challenge of trying to definitively determine what major fits best for me.

Moving Back: FCC at Caltech

You’re squished with all your dorm essentials in the back of the car and your parents in the front trying to find parking. Emotions are high: Will you make friends? Will classes be too hard? What’s your roommate going to be like?