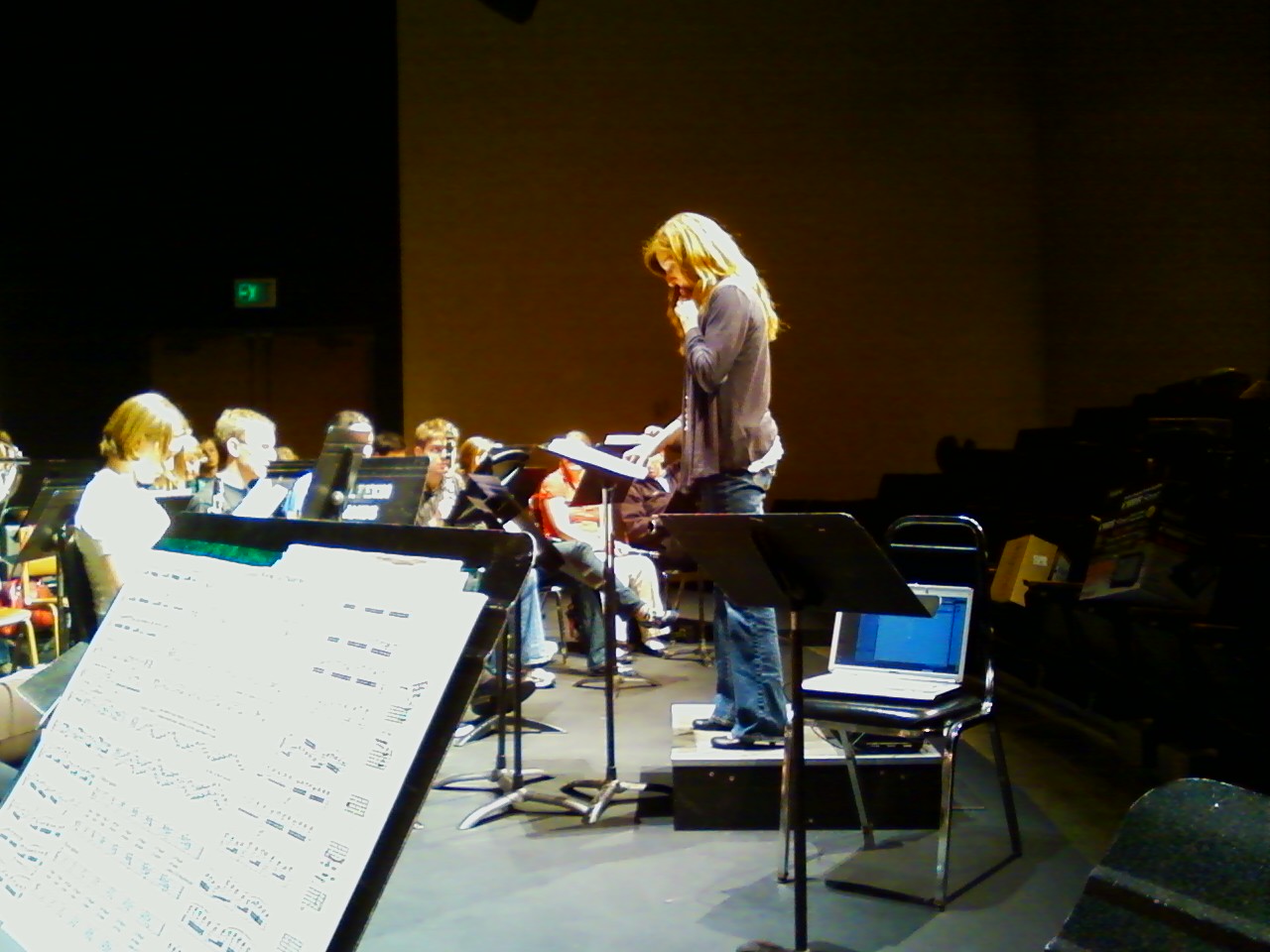 Before last Thursday’s rehearsal I received a very sad email:

Aside from being slightly confusing, the main point–WARNING WARNING MORE DEAFNESS AHEAD–was not lost on me. Ergo I went into rehearsal slightly anxious…to discover Zhaoying very confused, because she wasn’t aware that she was unable to make both of our Bandorama concerts; it was only the Disnleyland concert for which she was busy. With much pomp and circumstance, I returned her music to her and gave the school piccolo back to Bill. Adieu! So before rehearsal started, we had a special masterclass hosted by a member of the band, Lynne Snyder. For those who have never had the pleasure, a masterclass is when you take a class under a guest instructor, but it’s meant as sort of a ‘everyone learns together’ sort of thing. Whereas in a normal class you just have you and and your teacher, in a masterclass there’s generally more people observing.

We got slightly distracted towards the start of rehearsal by something big. And shiny. I.e. a contrabass clarinet, also known as a BBb clarinet:

In any case, we added a new piece to our repertoire for the next set of concerts–the “Caltech Medley,” a series of Caltech melodies strung together by the composer brother of an alum. The songs are very pretty, if oddly named… my favourite is the “Gnome Sweetheart Song,” after the last fraternity at Caltech, pronounced “nome-EEs.” So it’s also PREFROSH WEEKEND! It’s so much fun to be on the other side for a second year. For example, dinner during PFW is a riot. There are SO many additional people, and of course none of them know the ‘rules of dinner.’ In Fleming, for example, breaking any of the rules leads to a penalty of a pitcher of water dumped on your head. Since it’s not fair to penalize prefrosh who don’t know the rules, the nearest most-junior Fleming upperclassmen gets the punishment for a bad prefrosh. And there were many. -_-;; We also had Fleming’s Casino Night yesterday, with a full set of tables and custom made milkshakes (any flavor you wanted as long as it was vanilla, oreo, strawberry, or chocolate).

In any case, it was lots of fun even if I have no idea how to work any of the tables. Except for blackjack; it’s a game on my phone.

If you couldn’t make it to PFW, I hope you get a chance to visit anyhow :) We’ll be doing a mini-encore next Saturday, so maybe we’ll see you then! Mythili.