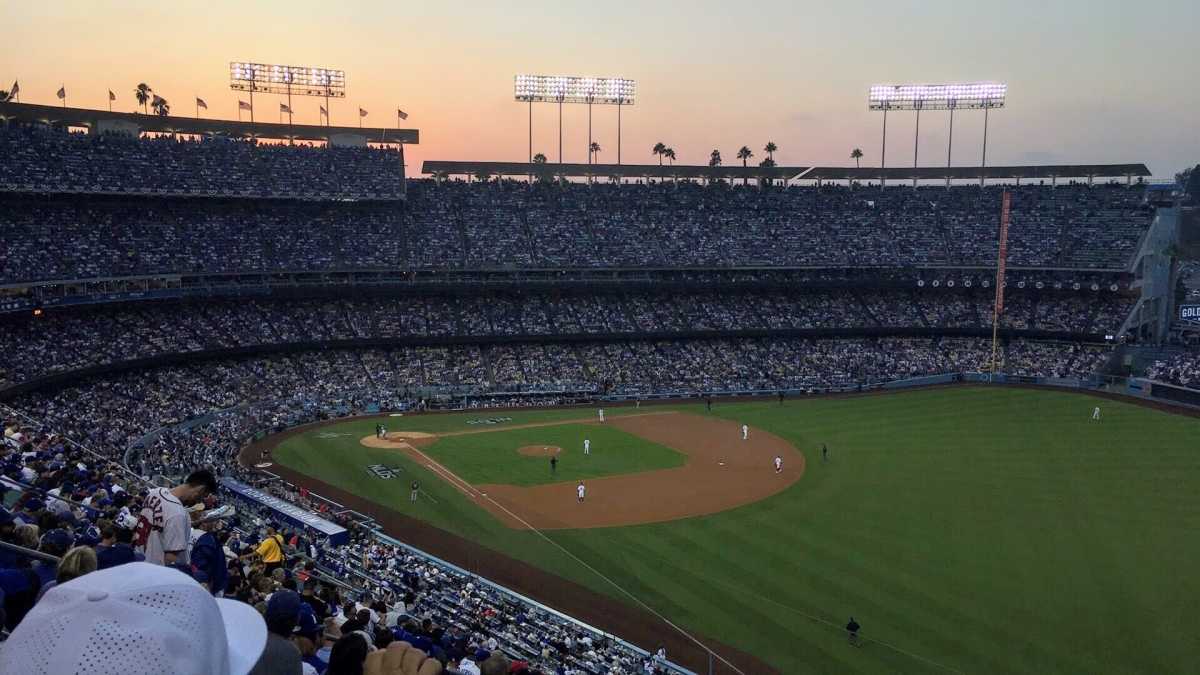 Now that the 2021 baseball season has come to close, I want to take a little trip down memory lane to the 2019 Major League Baseball (MLB) playoffs. To set the scene, after an exciting wild card game win, the Washington Nationals (my team) began a five game series against the Los Angeles Dodgers. The Dodgers win the first and third game of the series, and the Nationals win the second and fourth game, making game five a do-or-die situation. The final game took place at Dodgers Stadium, a mere 20 minute drive from Caltech. I pounced on this opportunity, going to the game with my fellow baseball-fanatic and Caltech student, Arya.

The game takes place on the night of October 9th, a brisk night in LA. Arya and I make our way up to the 3rd deck of Dodger Stadium, the only place two college students could afford to sit during a playoff game. This wasn’t a problem though; the stadium was electric from top to bottom, and we still had stunning views of the game and stadium. Almost everyone surrounding us was decked out in blue (the Dodgers’ color), making me, wearing a bright red pair of Nationals pants and a jersey, stand out like a sore thumb. That night, however, I couldn’t be happier to be the odd-woman-out.

The game ended up being one of the most exciting games I’ve ever been to- and that’s saying something because I’ve been to A LOT of baseball games. The Dodgers were ahead the majority of the game, but the Nationals eked their way back, making the score 3-3 in the bottom of the ninth (the last half-inning of the game). This sent the game into extra innings (the baseball equivalent of overtime). In the top of the tenth, the Dodgers intentionally walked, (meaning they let him go to first base automatically instead of giving him a chance to bat), star-hitter Juan Soto, loading the bases. The tension in the stands was palpable as Howie Kendrick stepped into the batter’s box. On the second pitch of the at bat, Dodgers’ Joe Kelly threw a fastball to the inside corner of the strike zone, and Kendrick unleashed his power…Grand Slam!!! The Nationals take a 7-3 lead!!! The rest of the game went by quickly, securing the Nationals a game win and more importantly, a series win. This marked the first time in team history that the Nationals would advance to the National League Championship Series (NLCS), putting them one series away from competing in the World Series. This was a monumental step in their journey to ultimately winning the World Series that year. 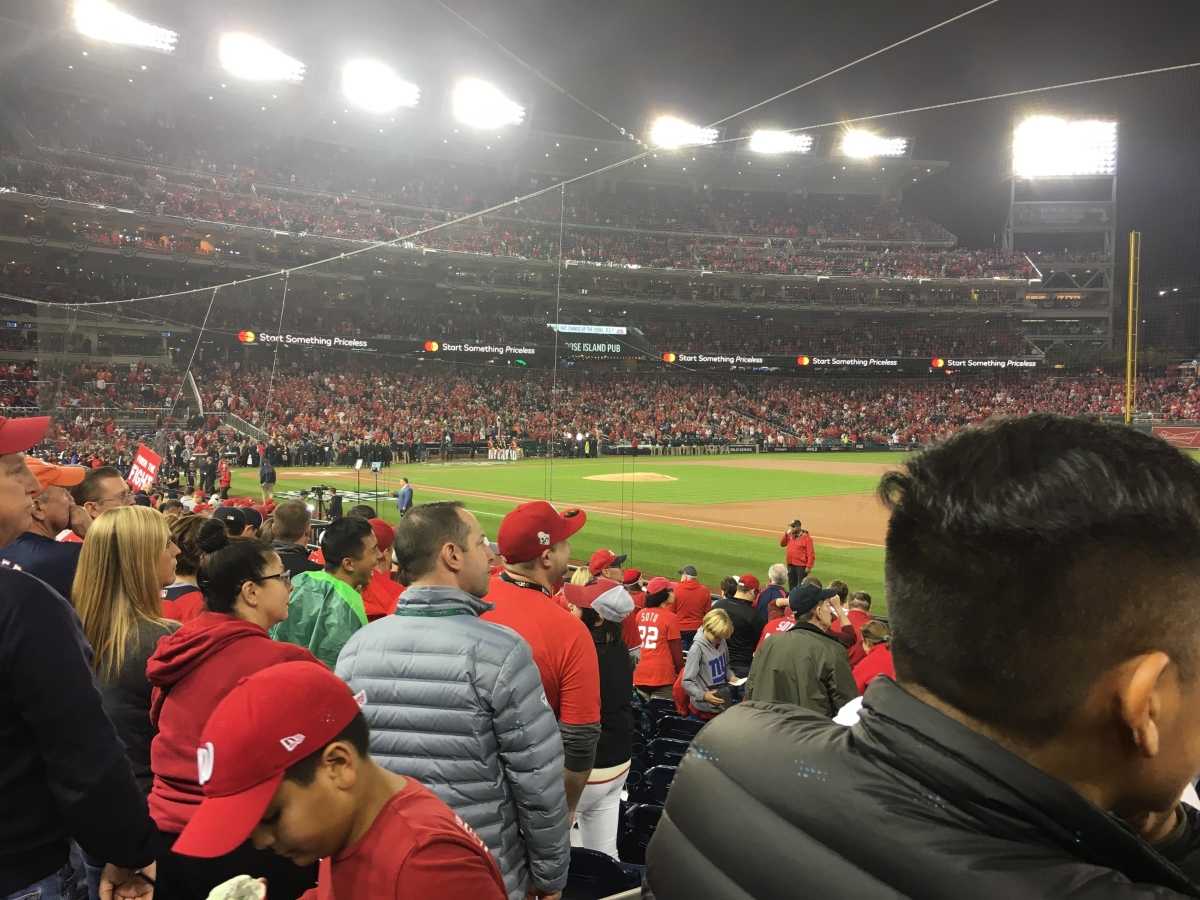 This is a photo from later in the 2019, at a Nationals’ World Series game. I was lucky enough to be able to go home to D.C. and watch a game in-person with my family.

This was one of my favorite memories from my time at Caltech, and it makes me excited to go back to Dodgers games next year. Besides getting to see some exciting games, I love going to Dodger Stadium just for the atmosphere; the stadium itself is gorgeous, it’s fun to be there with friends, and baseball food really hits the spot sometimes. Everything about going to Dodgers games– especially a playoff one against my home team– is truly a home run.