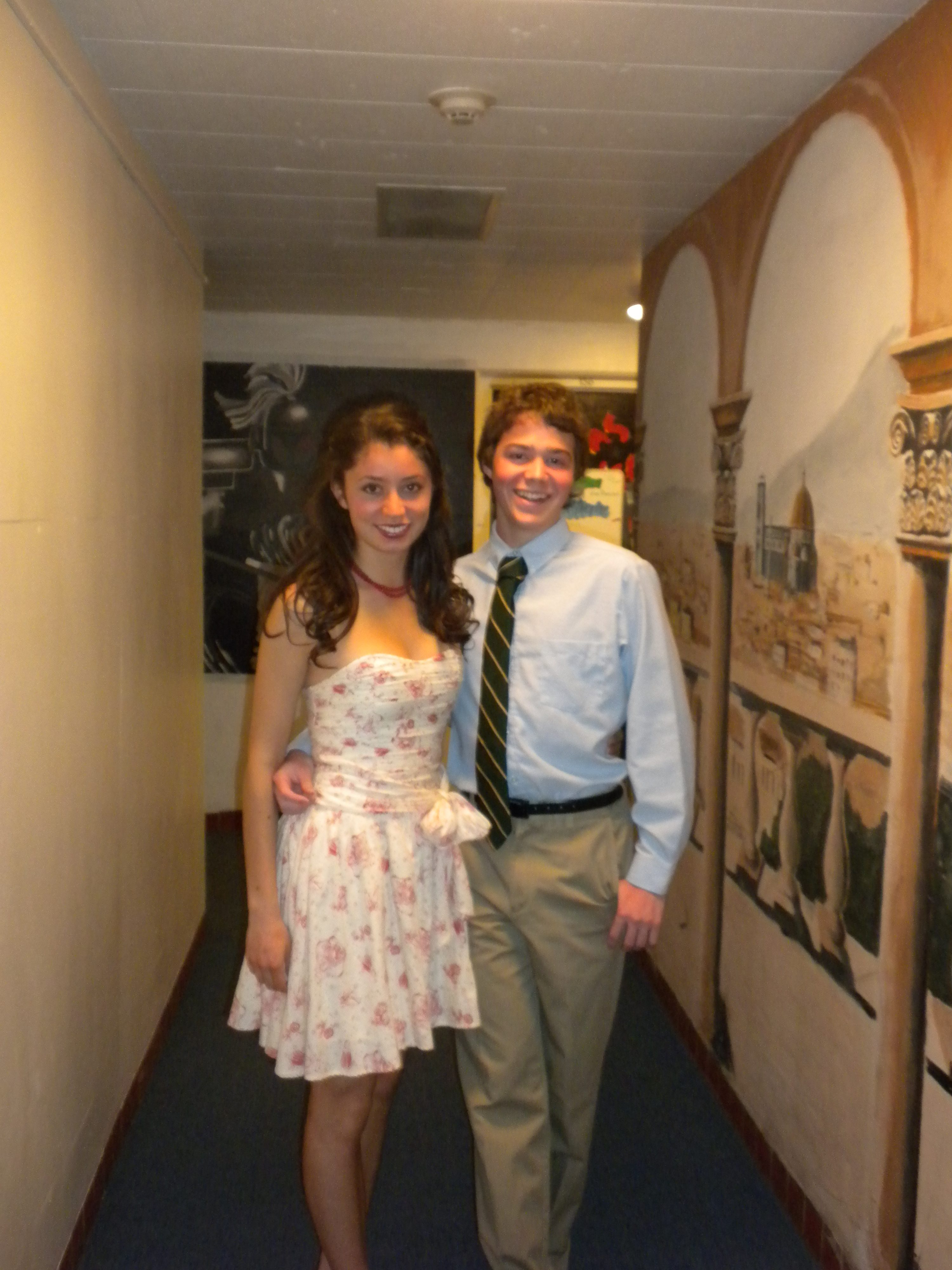 So, we’re already done with 10% of the Spring Term! It’s hard to believe but I know time will slow down as we get deeper into the Term. The last few days have been quite interesting. For instance, last Saturday my house had the formal Party in a very nice hall on campus (Dabney Hall - it has hardwood floors, beautiful walls and fancy curtains and lamps). The party was meant to celebrate the beginning of Spring Term. It was surprisingly fancy! Everyone in the house got invitation cards, we had live music (or own guys playing guitars) and all the guys wearing suits and ties (well, there was a formal attire and date requirement). It was a nice change of atmosphere and I

Ready for the party! Earlier that day we had another track meet. I tried a new event that I had never done before: the 400m open. I’ve been wanting to try it for a long time because I liked 400’s in workouts. However, I was a worried that in a race, the 400 would be much less appealing. Well, it was a fast loop but I really enjoyed it. However, I think that if I want to run it again I should do more sprinting-speed work-outs.

In the meantime, my roommate Hanna was out of town because she went to Florida for the weekend. No, she did not go there for an extended beachy spring break. Rather,

More and more Prefrosh are appearing on campus and on Monday I was quite amazed to learn that one of my preschool friends not only got admitted to Caltech but was also to be on campus from Monday to Tuesday! I saw him and introduced him to as many people as I could.

Hopefully he enjoyed it. In any case, I hinted that he should come to Prefrosh Weekend and as far as I know, he signed up for it! Once again, if you’re having even the slightest doubt about your college choice (or even if you don’t have any doubt at all), come to Prefrosh Weekend! You will not regret it! Wednesday morning I attended my first meeting with the lab that I will be doing my SURF in during the summer. I forgot to say that on April 1, when high school seniors must get all their college replies, all Caltech SURF applicants receive SURF proposal replies! While I believe that the most important step is to find a professor willing to take you in for the summer, it is also crucial to write a SURF project proposal which includes things such as faculty recommendations and your own description of your research plans. The whole process is meant to mimic the grant-seeking process that is so important out in the real world. Anyways, I got official news that I received my SURF so now I can start visiting my lab. Although the SURF doesn’t start until June, it’s a good idea to start making yourself comfortable in your lab before the SURF officially starts.

Well, this week is rather hectic as I anticipated. My dance show is at the end of the week so many rehearsals have piled up. At least at the end of this chaos, Blacker Hovse is having its interhouse party. It is Doctor Seuss themed. I’m especially excited because Blacker is known for amazing construction so I promise to post some photos of that next time!