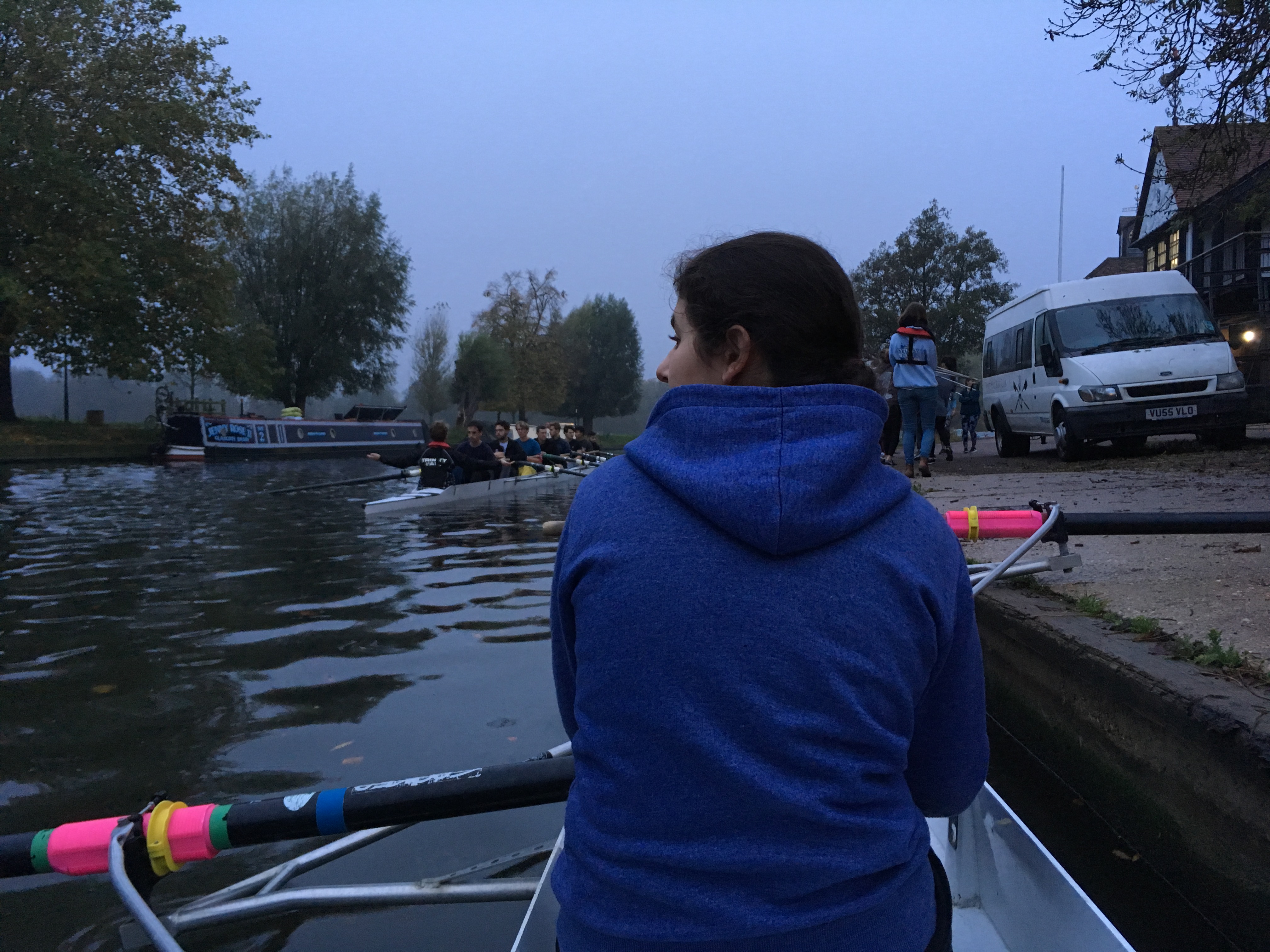 Rowing for the First Time

Each College in Cambridge has its own Boat Club, with rowing teams for men and women. At Corpus’ club fair, I signed up to be a novice rower! I’ve never rowed before, save for once on the rowing machines in Caltech’s gym (although I definitely did not have the right technique when I used it then). I’d heard the rumors about having to wake up at 6am for rowing practice, but I was committed to trying something new. I love sports and don’t have the opportunity to row at Caltech, so I definitely wanted to take advantage of it here.

First, I needed to learn the basics of the stroke. It’s broken down into three movements: arms-body-legs when preparing for the stroke, then legs-body-arms on the stroke. It’s hard to describe without a video, but basically the idea is to separate each part of the rowing stroke. For example, when preparing to take a stroke, you push the blade away from you with your arms, then hinge forward at the waist, and then bend your legs. Then, you do the reverse when taking the stroke.

On my first outing, there were two senior rowers and two novices. I was pretty nervous, but I think the scariest part was actually moving the boat from the boathouse into the river Cam. It’s so heavy! I was so afraid I wouldn’t be able to lift it on my shoulders or would drop it when we rotate it from above our heads into the river.

There was a lot to learn, but I think the outing went fairly successfully! We mostly had two people rowing at a time, so each novice was paired with a senior to watch and emulate. It was very exciting, and I was glad I woke up early to row. I’m looking forward to doing more rowing and strength training, on the water and on land.