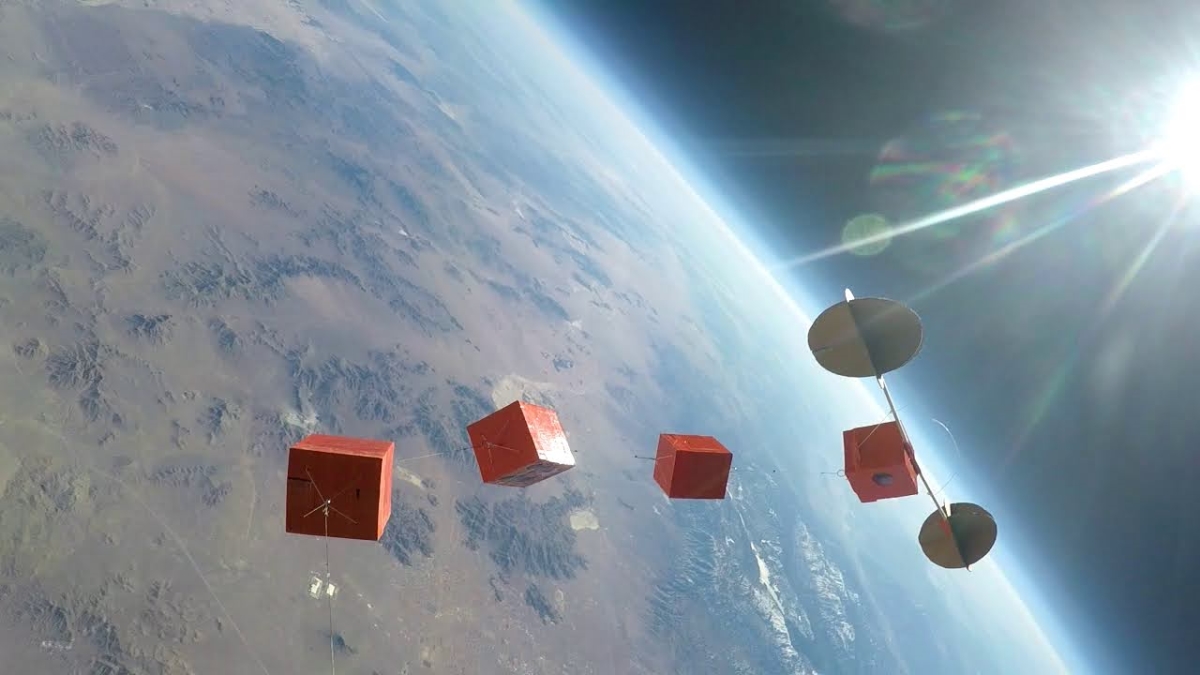 This past term, I took EE154a: Practical Electronics for Space Applications, which was one of my favorite classes I’ve taken at Caltech so far! In the class, we learned about electronics and systems in the space environment through hands-on labs, and then we used that knowledge to create payloads for a high altitude balloon (HAB) launch into space! To start off the class, in the lab, we characterized various systems like an RC (resistor-capacitor) filter, an Arduino oscillator, different sensors, etc. at various temperatures and pressures in a thermal vacuum chamber, shown here: 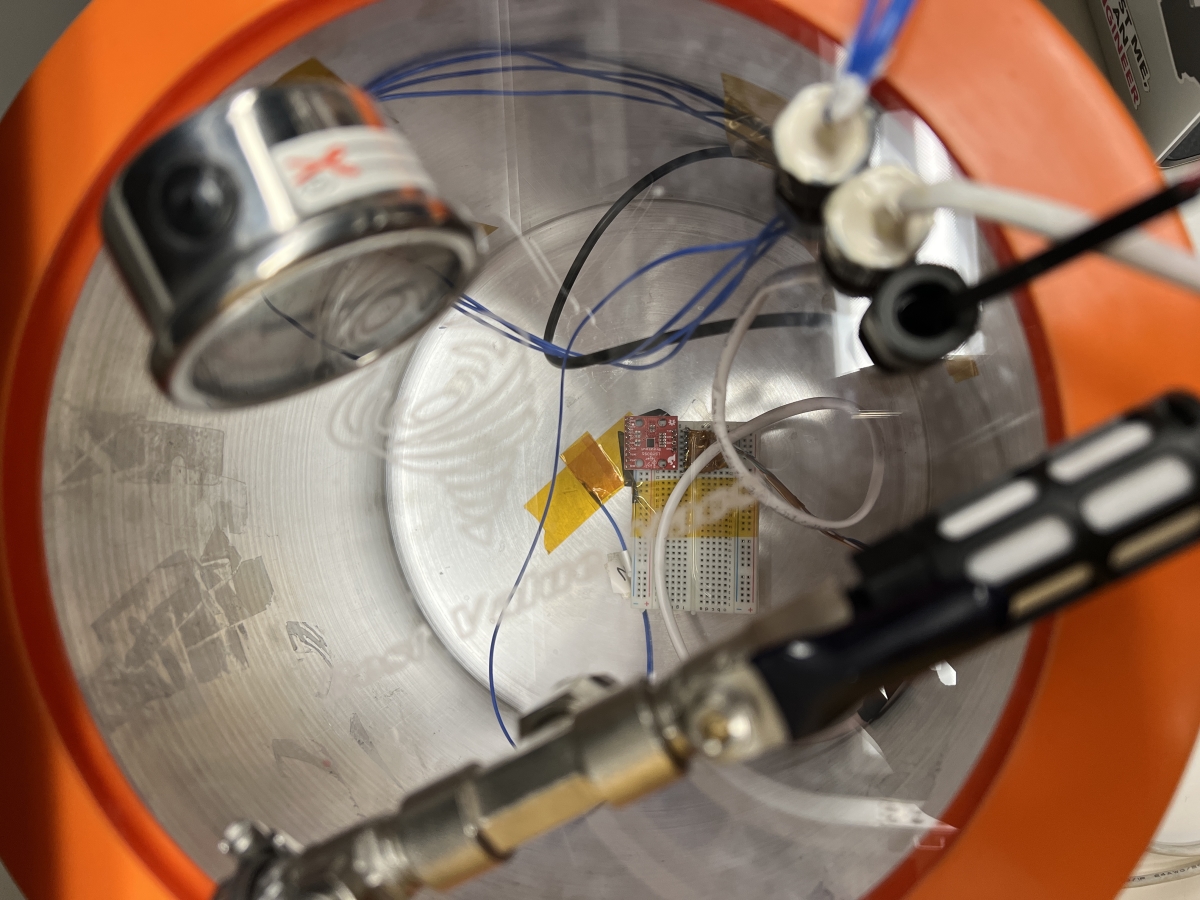 After learning how different components worked and how we could test them in a thermal vacuum chamber, we were tasked with building payloads to send into space and figuring out how to send them into space using a balloon. Essentially, we took a big balloon, filled it with helium, and then attached a string of small boxes (our payloads) to the balloon to send the payloads into space. As the balloon rises, the gas inside expands, and at some point (around 80k feet in altitude) the balloon pops. Then, the payloads fall back to Earth with a parachute and we go recover our payloads out in the desert. 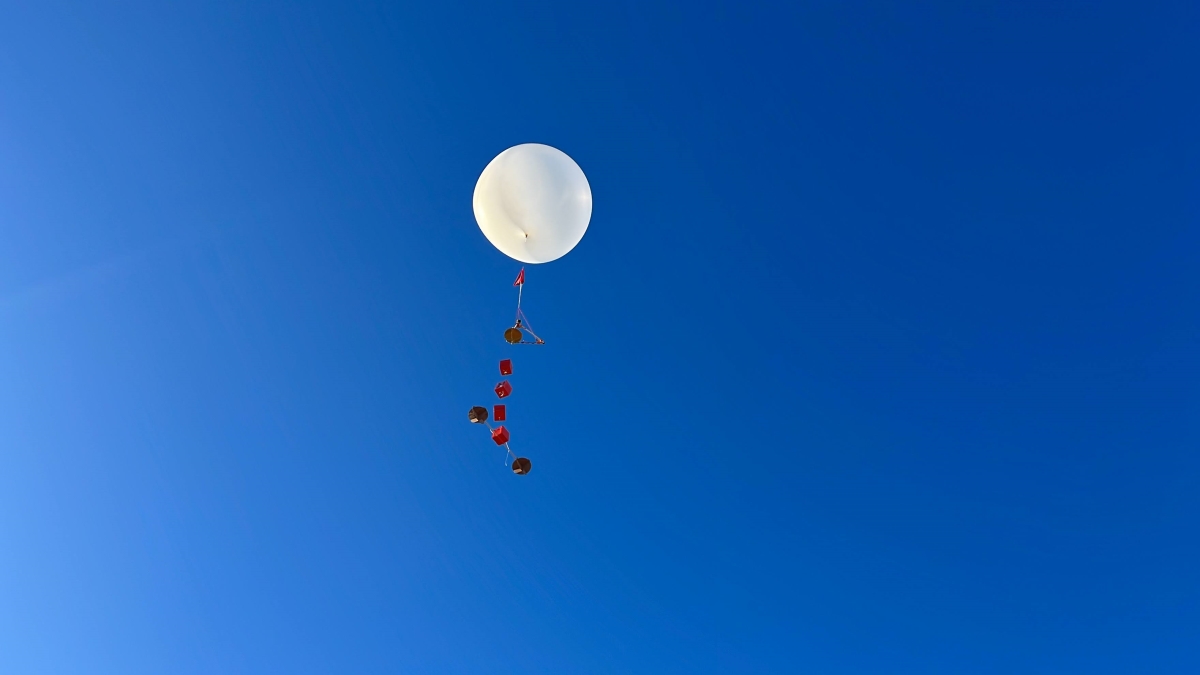 For this task, the entire class of 25 students became one team. We organized ourselves into different subteams, all led by one Project Manager. I took on the role of a Ground Logistics Manager, which meant that I reported directly to our Project Manager and managed three different teams dealing with what we called “ground logistics.” Those teams were Flight Planning, Launch Coordination, and Tracking & Recovery, which I will talk more about below. It was really neat to be on the management side of the project and see everything come together, but that also meant that I spent a lot of time working on everything and ensuring that we were ready for flight. And, because this is a Caletch course, it moves fast! We had less than two weeks to prepare all of the ground logistics aspects of the flight, and I’d estimate that I spent at least 30 hours working on the HAB launch during the week of launch (including the launch itself). Considering I had a full course load of other classes too, that’s pretty intense. But, it was definitely worth it and I really enjoyed the experience.

Flight Planning was in charge of selecting the launch location and coming up with a projected flight path, which we did using http://predict.habhub.org/. They also had to come up with Go vs. No-Go criteria that said whether or not we could safely launch based on things like weather, nearby airports, and predicted landing locations. A big problem that we ran into was ensuring that our balloon would not fly into restricted airport airspace. As you can see on the aviation map below, the blue circles denote airport airspace that we have to avoid, so we chose the area where the red “X” is to avoid major airports like Palmdale and Edwards Air Force Base. 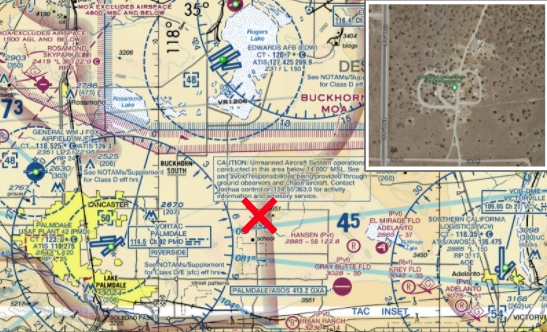 Also, here is a map that shows where we launched from (near Lancaster, CA) and where the payloads ended up landing. There are multiple tracks that show our predictions (in green) and the actual path measured by GPS (in red and blue). 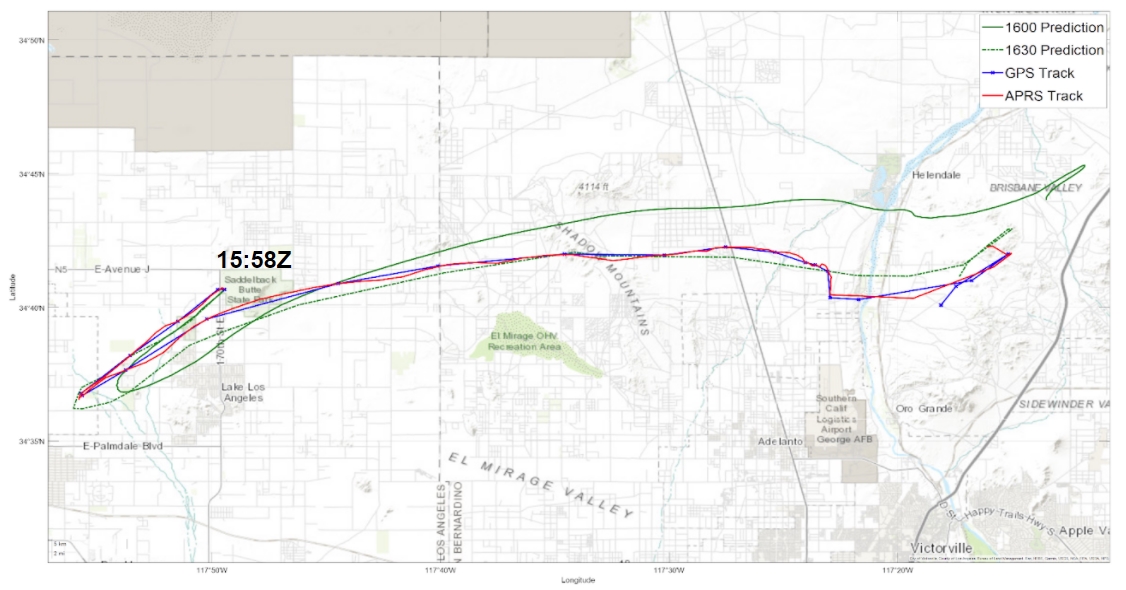 Launch Coordination was responsible for the launch of the HAB on launch day; they wrote detailed step-by-step procedures on all the actions that needed to be done to get the balloon up into the air. For example, one step was to use water bottles as weights to test the lift force that the balloon provides before actually attaching payloads and releasing the balloon, shown here: 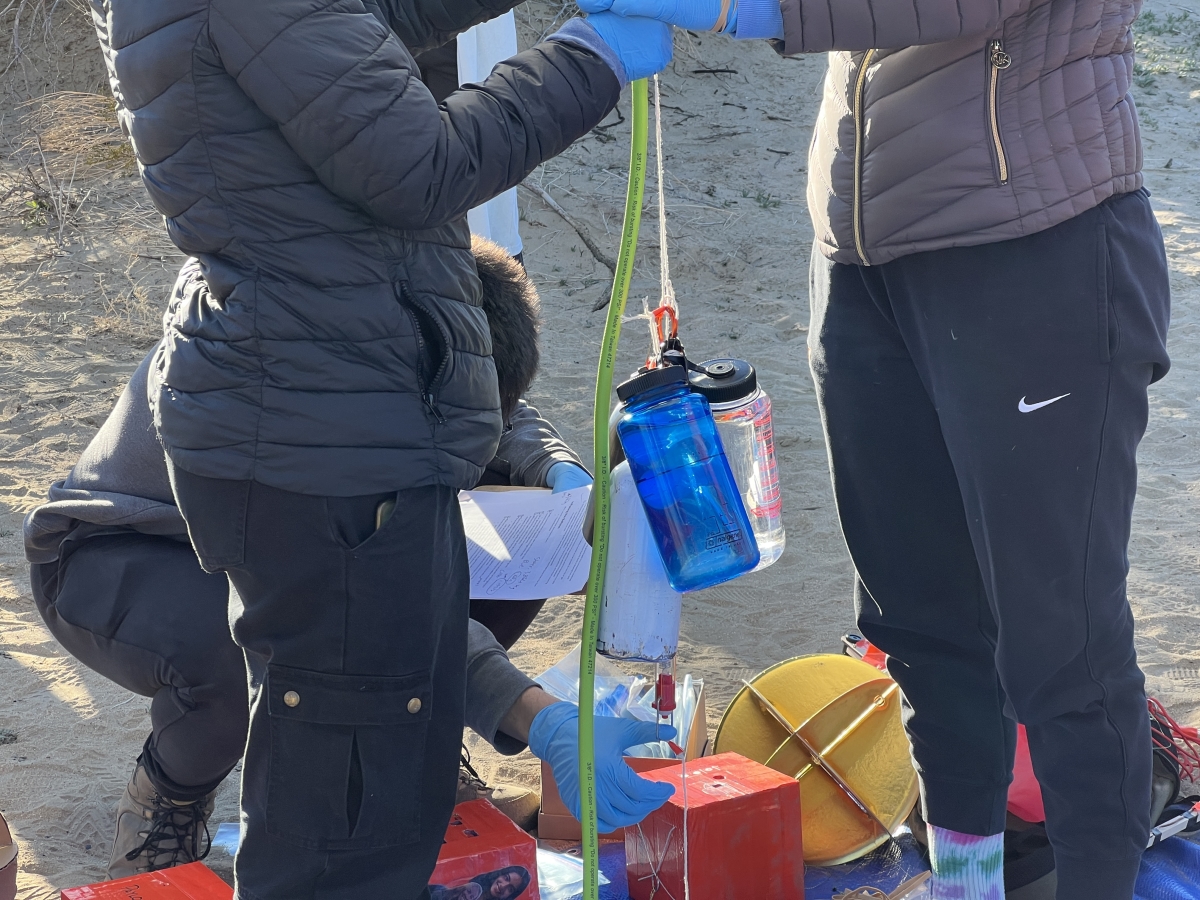 They did a great job of making sure everything worked, and all of the components of our system were looked over by multiple people to ensure success. We left Caltech campus around 5:00am to get to the launch site, and at around 8:00am, we successfully launched! 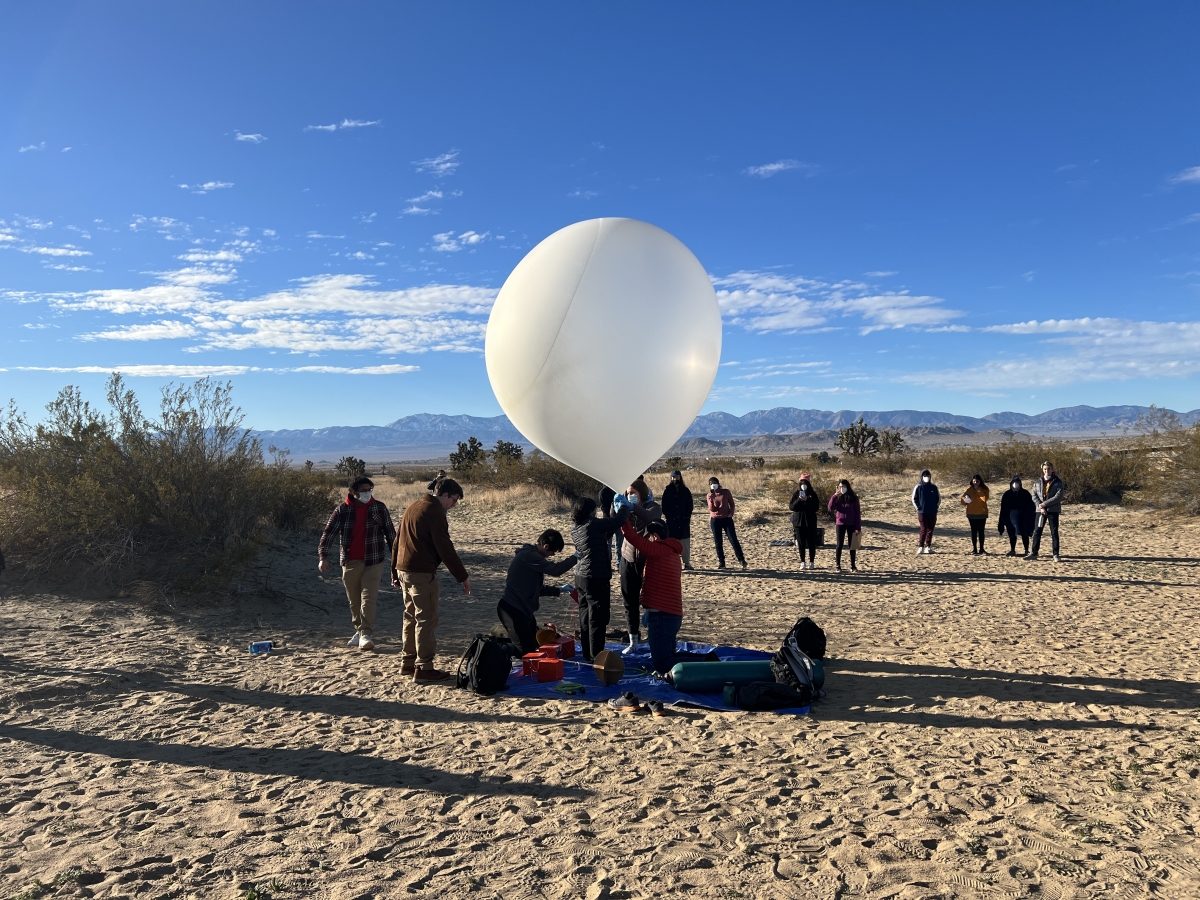 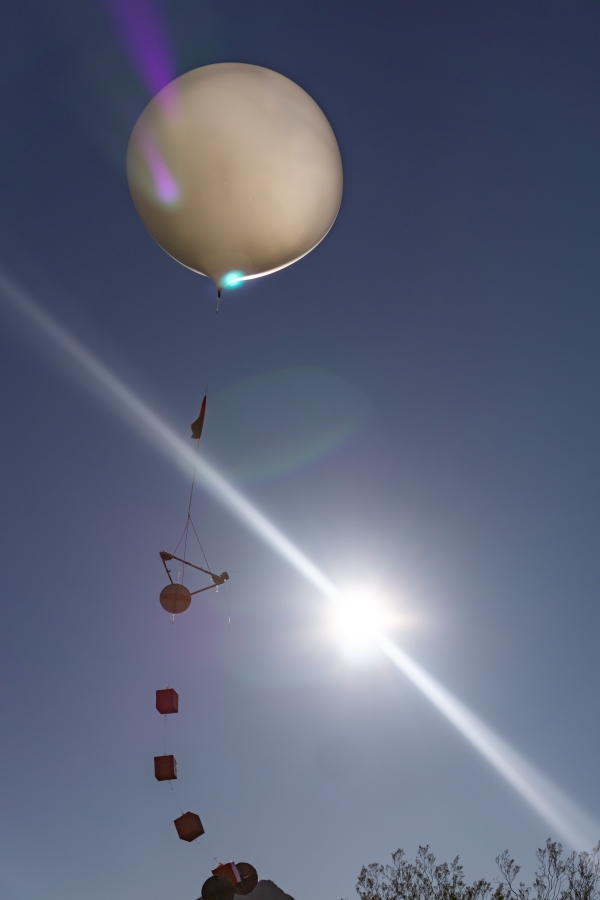 Tracking & Recovery managed the tracking equipment, which was done using ham radios and APRS (Automatic Packet Reporting System). In real time, they told us where the balloon was headed, and organized recovery of the payloads at the end of the flight. We had planned the flight path so the payloads would land in the desert, away from populated areas, so here’s a picture that I like of my car in the desert when we were searching for the payloads. 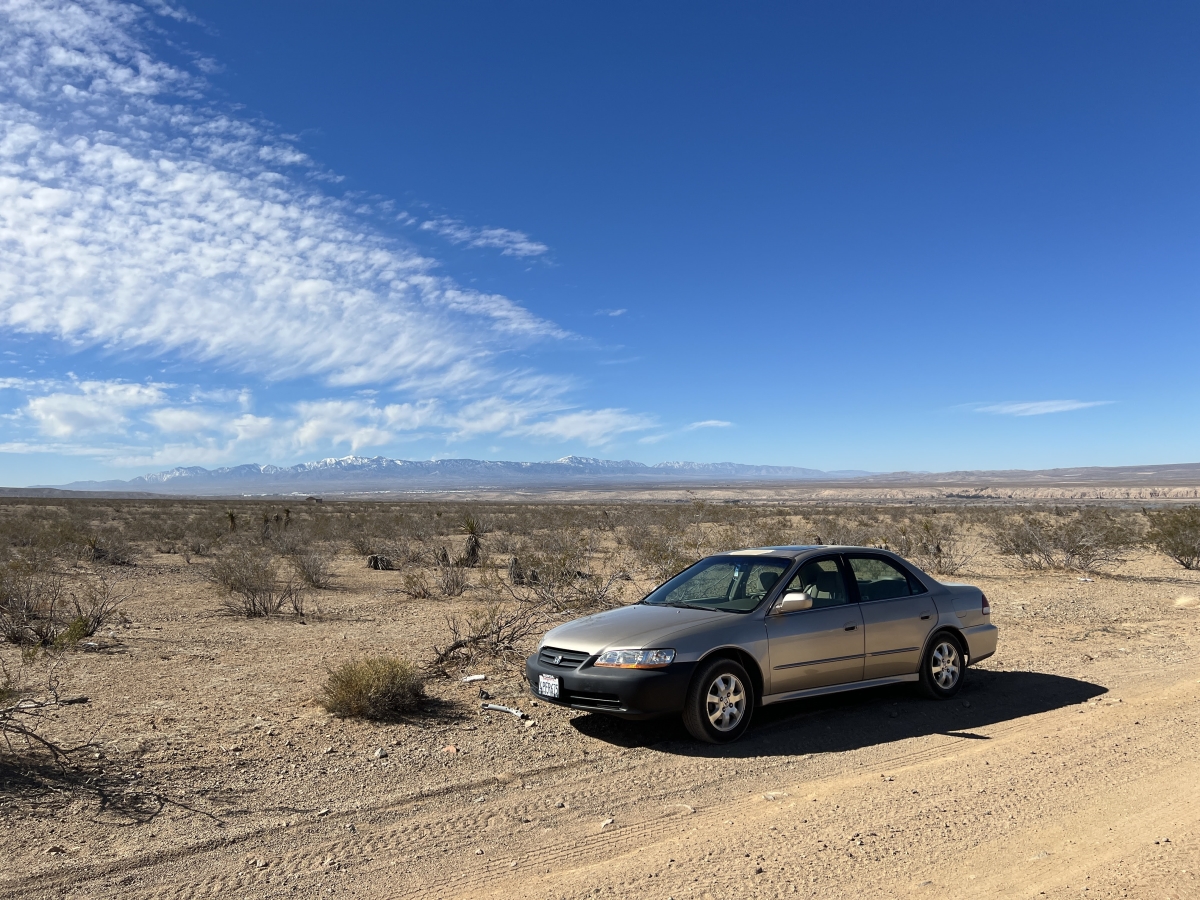 Unfortunately, my group wasn’t the one to find the payloads on the ground. In fact, our professor beat everyone to it! But, he took some nice pictures of the payloads after they had landed: 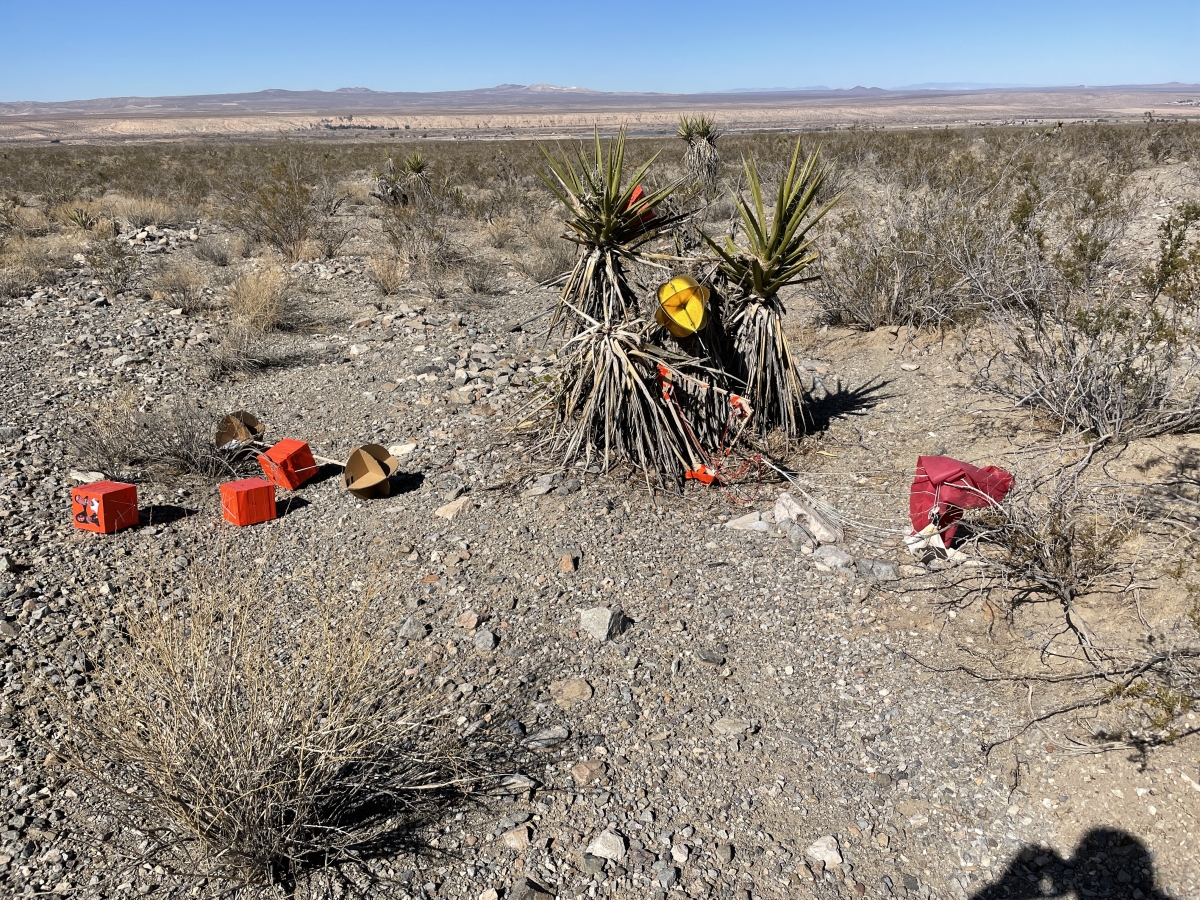 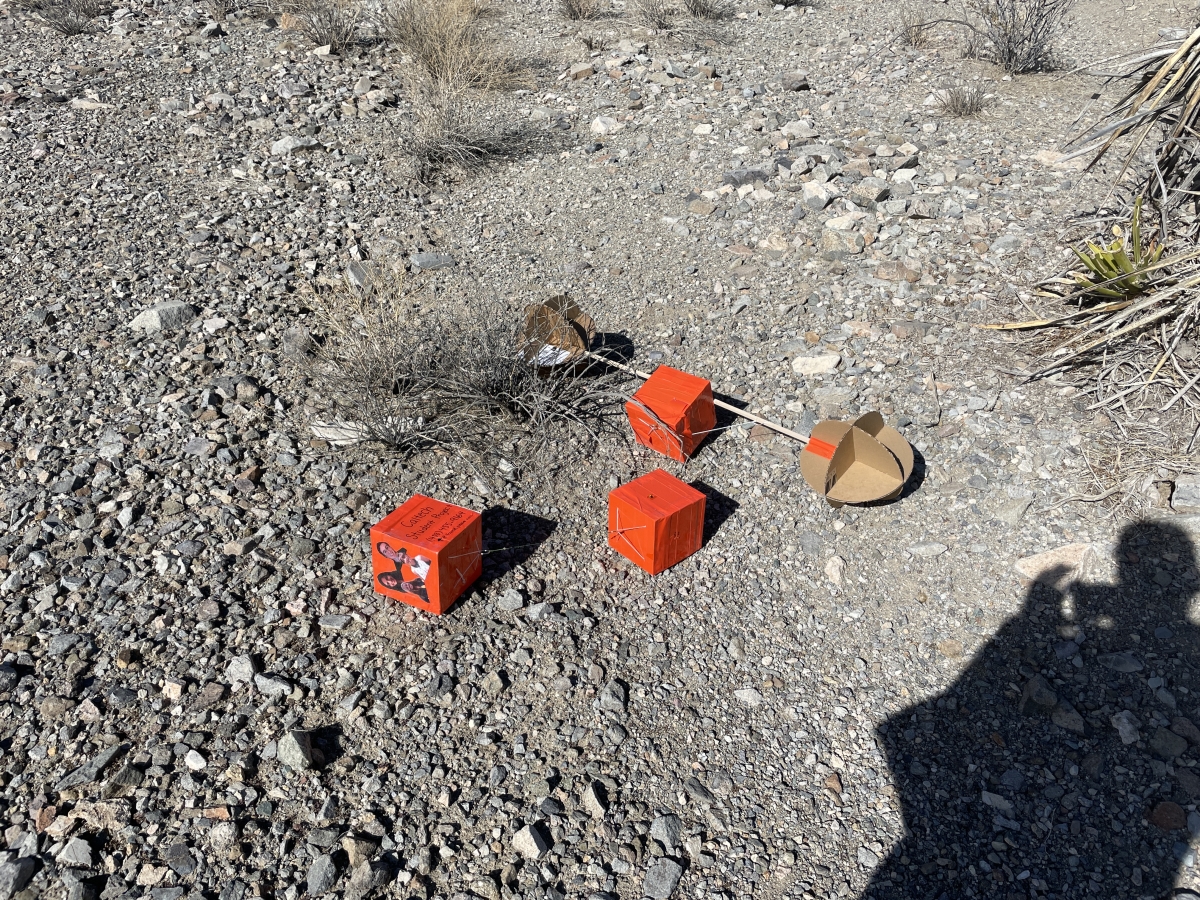 Overall, the HAB launch was a super fun time. After the payloads had been recovered, we were all super tired and hungry, so we stopped by a cafe in Victorville and got some delicious food. I got a burger called the “Brian Burger” and it was absolutely amazing. Yup, that’s parmesan-crusted bread that you see there. 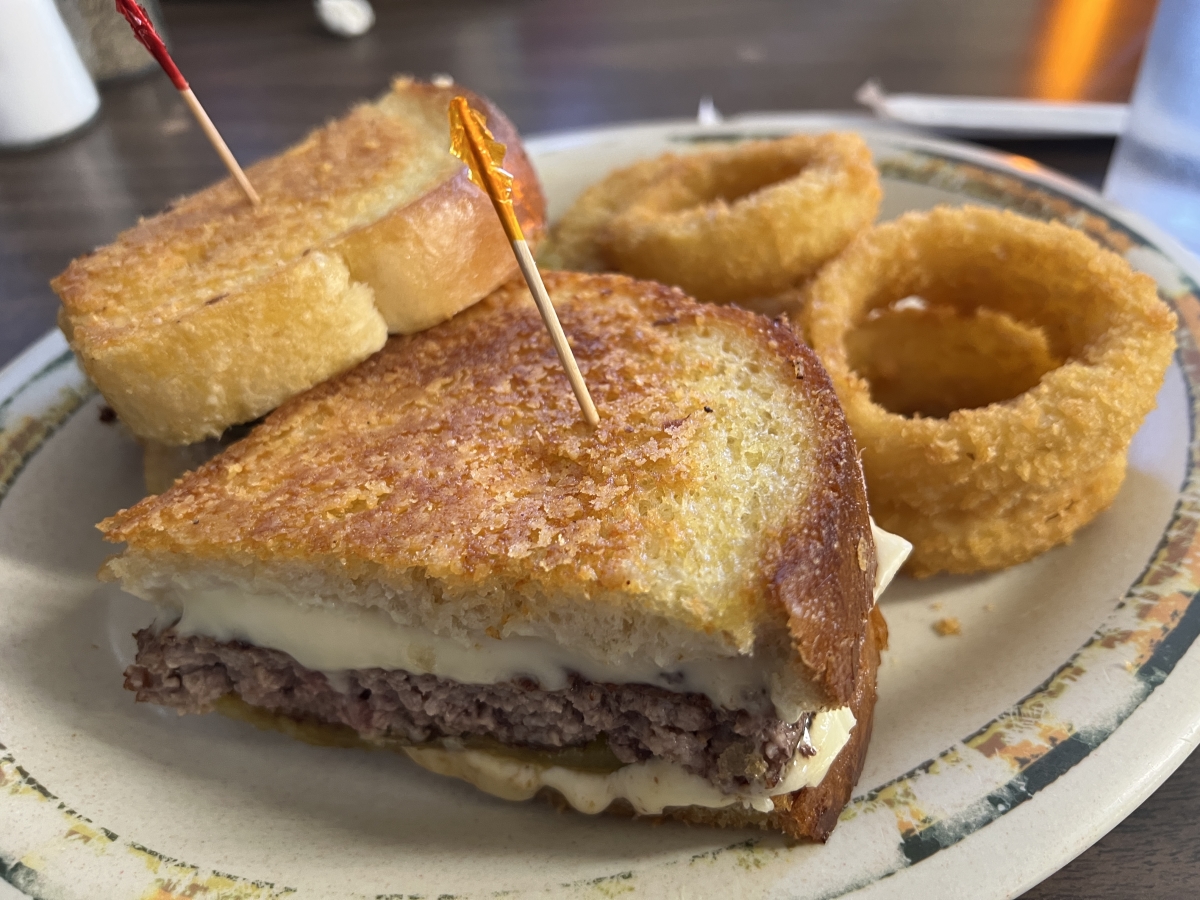 The lunch was a great way to end the exciting day, and then when we returned back to Caltech in the afternoon, I promptly took a shower and then fell asleep for the rest of the day for some well-deserved rest.