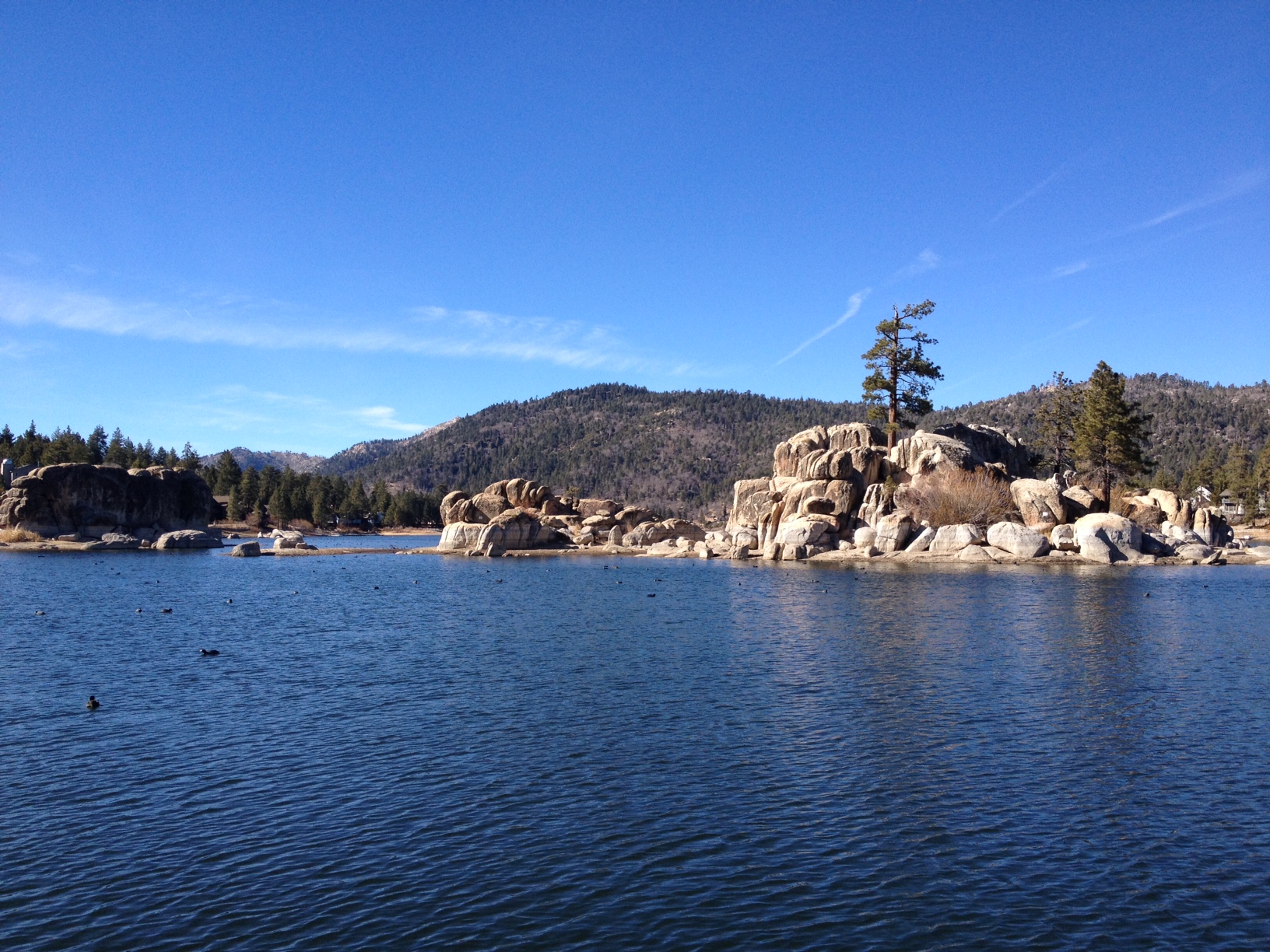 Every house has a ski trip sometime in January. It’s always a lot of fun to be off campus for a couple days just with your house. For Fleming, we went to Big Bear that is about a two-hour drive from Caltech. I’m from Colorado, so the standard for ski resorts doesn’t quite match up. But this was my second ski trip and it’s always tons of FUN!!!!! Most people went snowboarding or skiing during the day, and the people that didn’t went on an adventure of sorts! Big Bear is not as rugged as we imagined, but we were still able to sort of become closer to nature. We drove to the lake where there were lots of ducks!

We climbed up some boulders before security told us to get down, so that was fun while it lasted.

Then, inspired by the movie Frozen, we tried to build a snowman. The weather was too warm to have actual snow, but the ski slopes had artificial snow with what we built a snowman!

The ski patrol soon after told us to take it apart, I guess running over a snowman, no matter how small, can lead to serious injury. It was interesting to see that since they have to make the snow, it’s only on areas where people ski/snowboard down: none in between runs or in the trees. We saw a place for tubing, where a patch of snow was painted onto a giant dirt hill We also tried to go hiking sort of around the area, and ended up walking through neighborhoods. Ignoring the houses and driveways, we could’ve been in a pine forest.

The lack of successful adventures didn’t dampen our spirits; we were too excited to be up in the mountains and with each other as a house. The cabins had cable, and unlimited hot chocolate and popcorn! And for a couple days, we forgot about sets and any other issues we didn’t want to think about. Being in a different physical location changed our mental states as well, guess that’s just the way things work. At Caltech, I’m constantly pushing myself to do my best, while at Big Bear I was content adventure-attempting and watching tv, even with commercials.