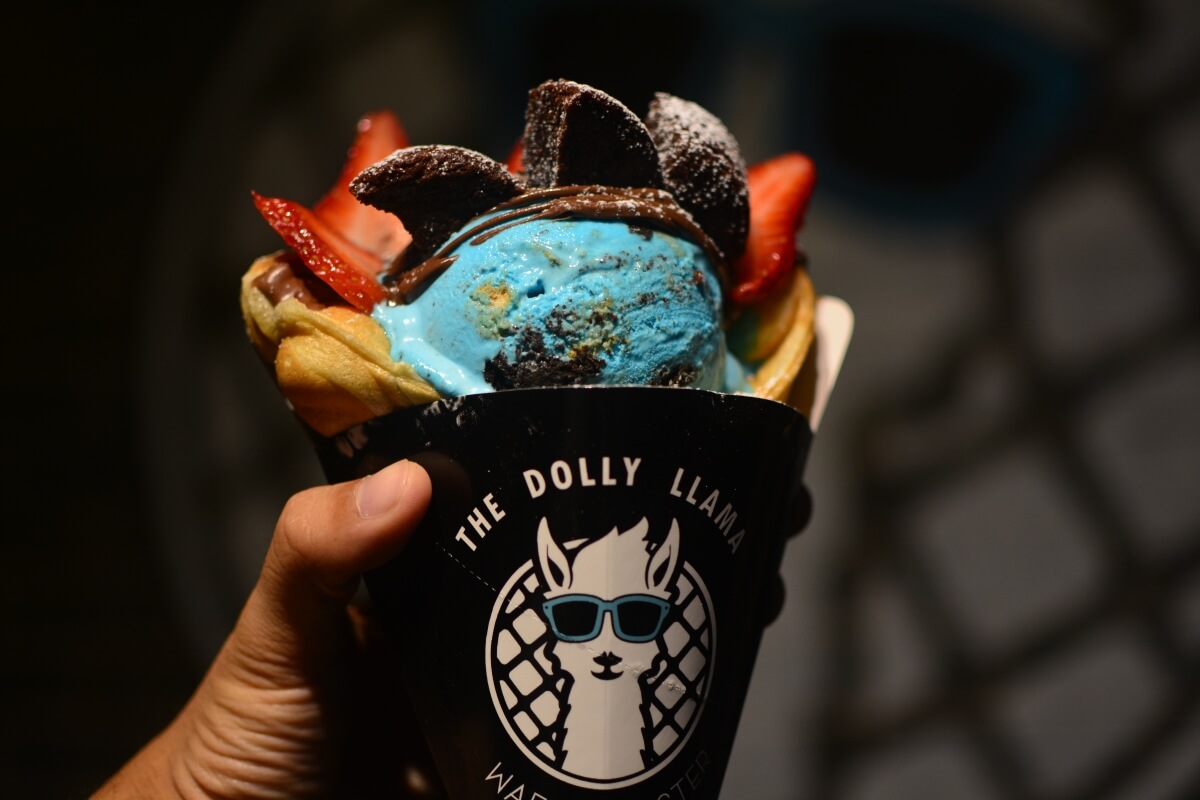 Midterms kept up its unrelenting attack on my sanity this week – at least a little bit. And how did I solve this? Two words.

Some of my friends say that I post too much about food on this blog, but to the contrary I think that I don’t post enough about food. So that’s why I’m writing the chronicles about my stress eating binges for the week. And the weekend. Even though I wasn’t exactly stressed this weekend, I was just hungry and looking for some good times.

It all started on Tuesday night. This may have corresponded to the night I went to Pershing Square, but I ended up next to an ice-cream store which was open late. Of course, in typical Los Angeles manner it was called the Dolly Llama. They served waffles and Fosselman’s ice cream – nothing too special, but it tasted nice and they had a very enjoyable “Instagram-ready” aesthetic.

Then, Wednesday I took a trip down to Claremont to grab lunch with my friend Tori. In-terms of Caltech advice, I’d definitely recommend to not lose touch with friends from high school. For as many great friends as you make at Caltech, none of them have known you for four years (until graduation, that is). But we went to a classic burger bar – I don’t actually recall the name, but it was in Upland. It was a great burger, and we had a great time catching up.

But the adventures didn’t stop there!

On Thursday night (or more properly very early Friday morning) I drove my friend Ari to LAX. We took a nice stop on the way to the airport: The Pantry in DTLA. This late-night establishment served classic American fare – Ari and I got apple pie and chocolate shakes. The most classic of classic midterms foods. Sunday when I picked him up from the airport we went to another classic American restaurant – The Apple Pan. They had a hickory burger which had been recommended to me by one of my friends who’s an LA native – her parents went on their first date there, and apparently it hasn’t changed at all since then. I thought the food there was pretty amazing too. Toss in a couple of boba runs and all in all it was an amazing food week. And food helped me destress from midterms – if only just a bit.

Hungry days is my theme song,